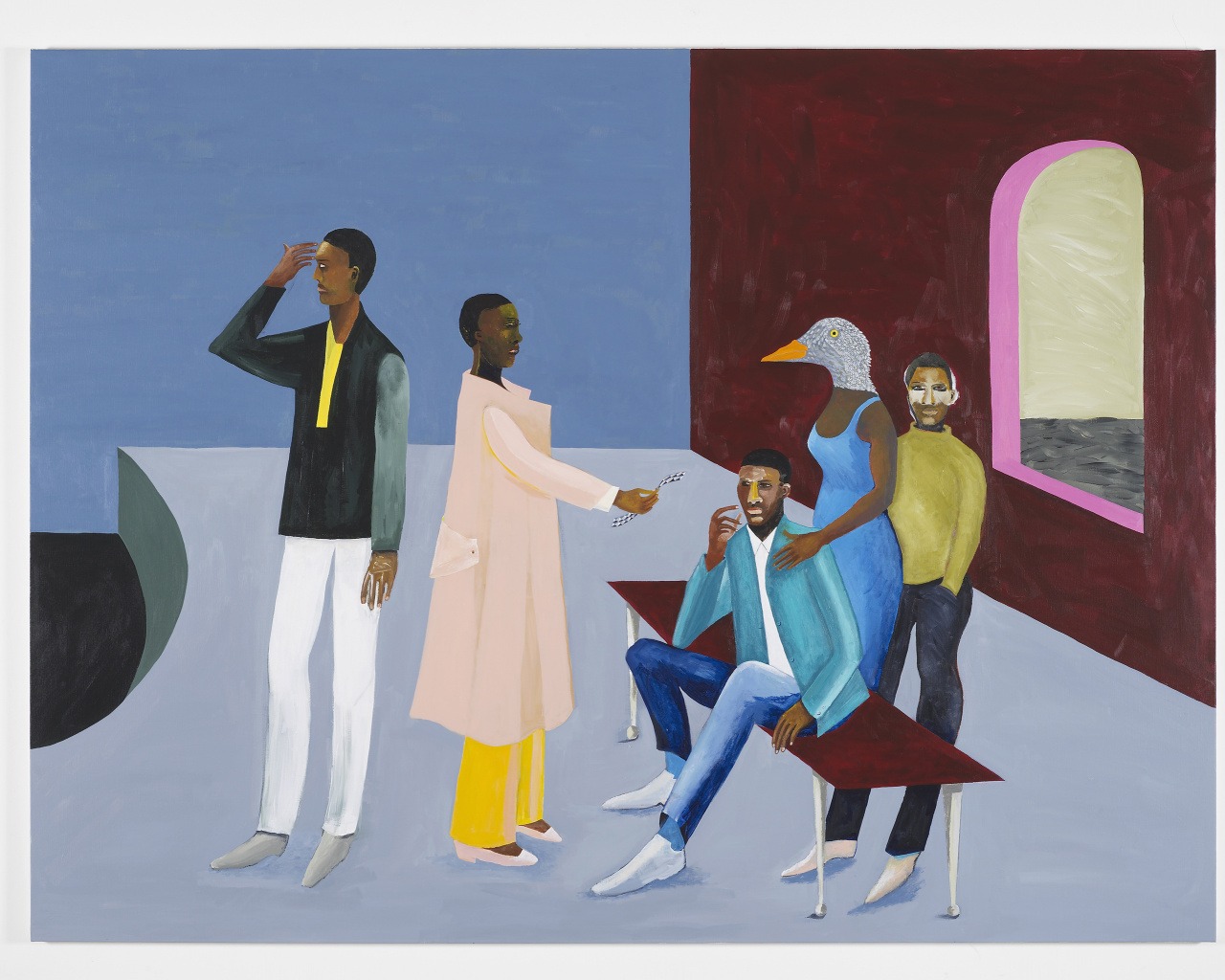 A pioneer of the British Black Arts Movement of the 1980s and ’90s, Himid has long championed marginalized histories. Her drawings, paintings, sculptures, and textile works critique the consequences of colonialism and question the invisibility of people of color in art and the media. While larger historical narratives are often the driving force behind her images and installations, Himid’s works beckon viewers by attending to the unmonumental details of daily life. Bright, graphic, and rich in color and symbolic referents, her images recall history paintings and eighteenth-century British satirical cartoons. In many works, the presence of language and poetry—sometimes drawn from the work of writers such as Audre Lorde, Essex Hemphill, or James Baldwin—punctuates the silence of her images with commands, instructions, or utterances that are at once stark and tender. The exhibition’s title, “Work from Underneath,” borrows from the dictums of health and safety manuals but doubles as a subversive proclamation. With the sculptures, paintings, textiles, and sound works that comprise the exhibition, Himid examines how language and architecture generate a sense of danger or safety, fragility, or stability.

This exhibition is curated by Natalie Bell, Associate Curator.

Lubaina Himid was born in Zanzibar, Tanzania, in 1954, and lives and works in Preston, UK, where she is professor of contemporary art at the University of Central Lancashire. In 2017, Himid won the prestigious Turner Prize. Recent solo exhibitions include Kunstraum Tosterglope, Germany (2018); BALTIC Centre for Contemporary Art, Gateshead, UK (2018); Walker Art Gallery, Liverpool (2017); Badischer Kunstverein, Karlsruhe, Germany (2017); Spike Island, Bristol, UK (2017); and Modern Art Oxford, UK (2017). She has participated in group exhibitions such as the Glasgow International (2018); the 10th Berlin Biennale (2018); the 14th Istanbul Biennial (2015); and the 10th Gwangju Biennale (2014), and will participate in the forthcoming Sharjah Biennial (2019). Her work has been exhibited in group exhibitions at the Seoul Museum of Art (2017); South London Gallery (2017); Nottingham Contemporary, UK (2017); Van Abbemuseum, Eindhoven (2016); Tate Liverpool (2014); Tate Britain (2012); and elsewhere.