A Pen Of All Work 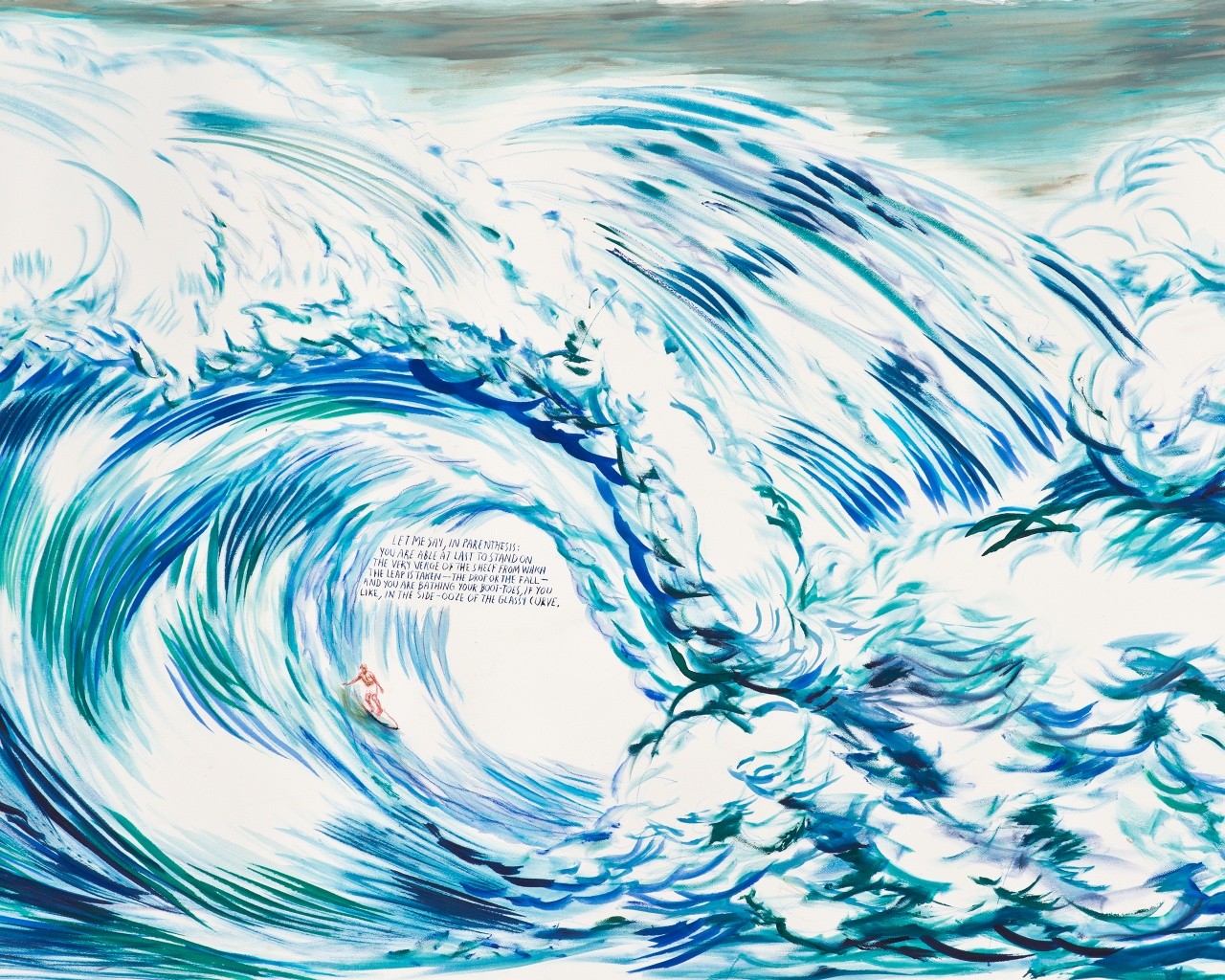 In February 2017, the New Museum will open a major exhibition focusing on the work of Raymond Pettibon (b. 1957, Tucson, AZ). For over thirty years, Pettibon has been chronicling the history, mythology, and culture of America with a prodigious and distinctive voice.

In February 2017, the New Museum will open a major exhibition focusing on the work of Raymond Pettibon (b. 1957, Tucson, AZ). For over thirty years, Pettibon has been chronicling the history, mythology, and culture of America with a prodigious and distinctive voice. Through his drawings’ signature interplay between image and text, he moves between historical reflection, emotional longing, poetic wit, and strident critique. Since the late 1960s, he has produced thousands of drawings and energetic installations that have been executed in museums and galleries around the world. These works poignantly evoke the country’s shifting values across time, from the idealistic postwar period in which he was born to the collapse of the American counterculture in the ’70s and ’80s to the painful military and social conflicts of the present.

Although Pettibon is unquestionably a pivotal figure of American art since the 1990s, he has never before had a major museum survey exhibition in New York. Occupying the three main floors of the New Museum, “Raymond: Pettibon: A Pen of All Work” will be the largest presentation of Pettibon’s work to date and will feature more than 700 drawings from the 1960s to the present. It will also include a number of his early self-produced zines and artist’s books, as well as several videos made in collaboration with fellow artists and his musician friends. This unique collection of objects and distinctly immersive installation will provide insight into the mind of one of the most influential and visionary living American artists.

Pettibon first received attention for his work when it was used in advertisements, zines, and record covers in the burgeoning Los Angeles punk scene of the 1980s. His work became identified with a brash and iconoclastic visual style that would influence and speak for an entire generation of disaffected youth. In spite of this impact, Pettibon’s link to the punk scene has obscured the scope of his thematic and stylistic vision and the important place he occupies in the history of contemporary art. He stands alongside a generation of Los Angeles artists who have tackled the dissolution of American idealism head-on using fragments of its own visual culture.

From the beginning of his career, Pettibon has employed drawing and writing in tandem to connect radically distinctive cultural forms—from movies and literature to comics and TV—and pieces of narratives from throughout history and culture. His visual universe is populated by the ghosts of the last century of American history, including such disparate characters as Charles Manson, Gumby, Superman, and Ronald Reagan. Pettibon hints at familiar and forgotten narratives in his work, while using an expressive approach to color, line, and gesture in order to provoke complex emotional states. Whether his work is addressing surfing, baseball, war, or family, or channeling the voices of John Ruskin, Henry James, or Allen Ginsberg, it manages to suggest both personal and universal perspectives on our shared cultural experience.

“Raymond Pettibon: A Pen of All Work” is curated by Gary Carrion-Murayari, Kraus Family Curator, and Massimiliano Gioni, Edlis Neeson Artistic Director. The exhibition will be accompanied by a fully illustrated catalogue copublished by the New Museum and Phaidon Press Limited. The catalogue will include an interview with Raymond Pettibon conducted by Massimiliano Gioni, as well as contributions by Benjamin Buchloh, Gary Carrion-Murayari, Sarah Lehrer-Graiwer, Frances Stark, and Lynne Tillman.

The exhibition will travel to the Bonnefantenmuseum in Maastricht, the Netherlands, where it will be on view from June 1–October 30, 2017.