Report On The Construction Of A Spaceship Module 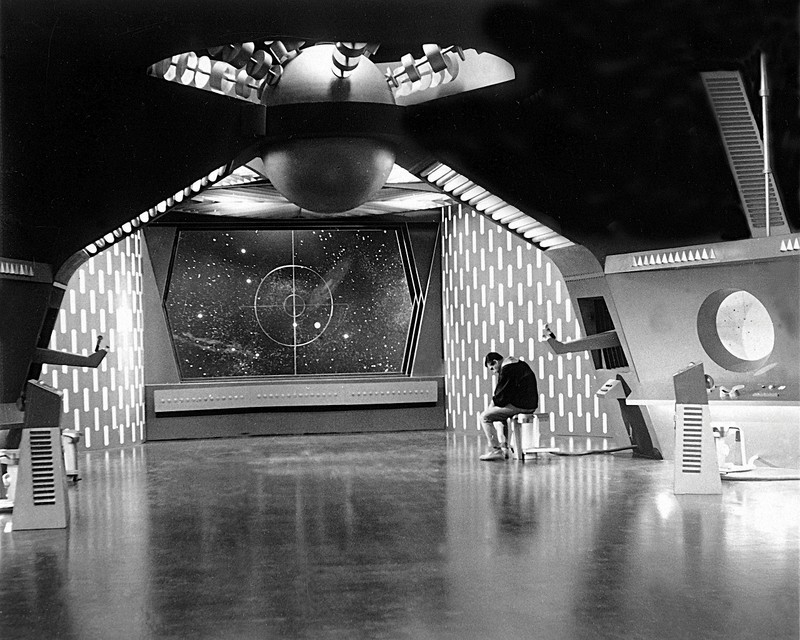 Jindrich Polák
Ikarie XB-1 [Voyage to the End of the Universe], 1963 (still)
Courtesy the National Film Archive, Prague
REPORT ON THE CONSTRUCTION OF A SPACESHIP MODULE
Museum as Hub
22 January – 13 April 2014

For their presentation “Report on the Construction of a Spaceship Module,” tranzit will transform the Fifth Floor gallery of the New Museum into the simulated interior of a spaceship.

The vessel is inspired by the spacecraft in the iconic Czech science-fiction film Ikarie XB-1 (1963), which melded postwar utopianism with Soviet utilitarianism. In its structure and design, it recalls future fantasies from the socialist Eastern European side of the Iron Curtain and explores the ideological role that outer space played during this time. On view in and around the spacecraft will be 117 artworks, including video, sculpture, print, and installation, by artists hailing primarily from cities around Eastern Europe, notably Vienna, Prague, Budapest, Bucharest, and Bratislava, all of whom tranzit has worked with previously.

“Report on the Construction of a Spaceship Module” offers an allegory of “anthropological science fiction,” where the exhibition space becomes an estranged and exciting universe that dramatizes the cross-cultural translation involved in the presentation of art. The unique model evokes the challenges that contemporary artists experience in exhibiting works, or that curators come across in organizing exhibitions that stitch together diverse artworks, selected across generation, cultural context, personal narratives, and time.

This ambitious exhibition is guest curated for the New Museum by tranzit, a network of autonomous but interconnected organizations based in Austria, the Czech Republic, Hungary, Romania, and Slovakia. Much like the Museum as Hub program (the New Museum’s international partnership through which the exhibition is produced), tranzit organizations actively collaborate with each other, but also work independently to produce art historical research, exhibitions, and new commissions. The work included in this exhibition—all made by artists that tranzit has worked with in some capacity or, alternately, documentation of events or exhibitions that tranzit has staged—constitutes an experimental archive of the organization’s work.

A specific constellation of tranzit directors worked on this exhibition: Vít Havránek, Director of tranzit in Prague, Dóra Hegyi, Director of tranzit in Budapest, and Georg Schöllhammer, Director of tranzit in Vienna. The exhibition was organized by Lauren Cornell, Curator, 2015 Triennial, Museum as Hub, and Digital Projects. In conjunction with the exhibition, the New Museum presents a publication including contributions by Cornell, tranzit, Miklós Erdéley, and Stano Filko, as well as an original science-fiction short story, extensive information on all participating artists, and a guide to the public programs. The publication will be free and available in the gallery and was edited by Taraneh Fazeli, Education Associate.