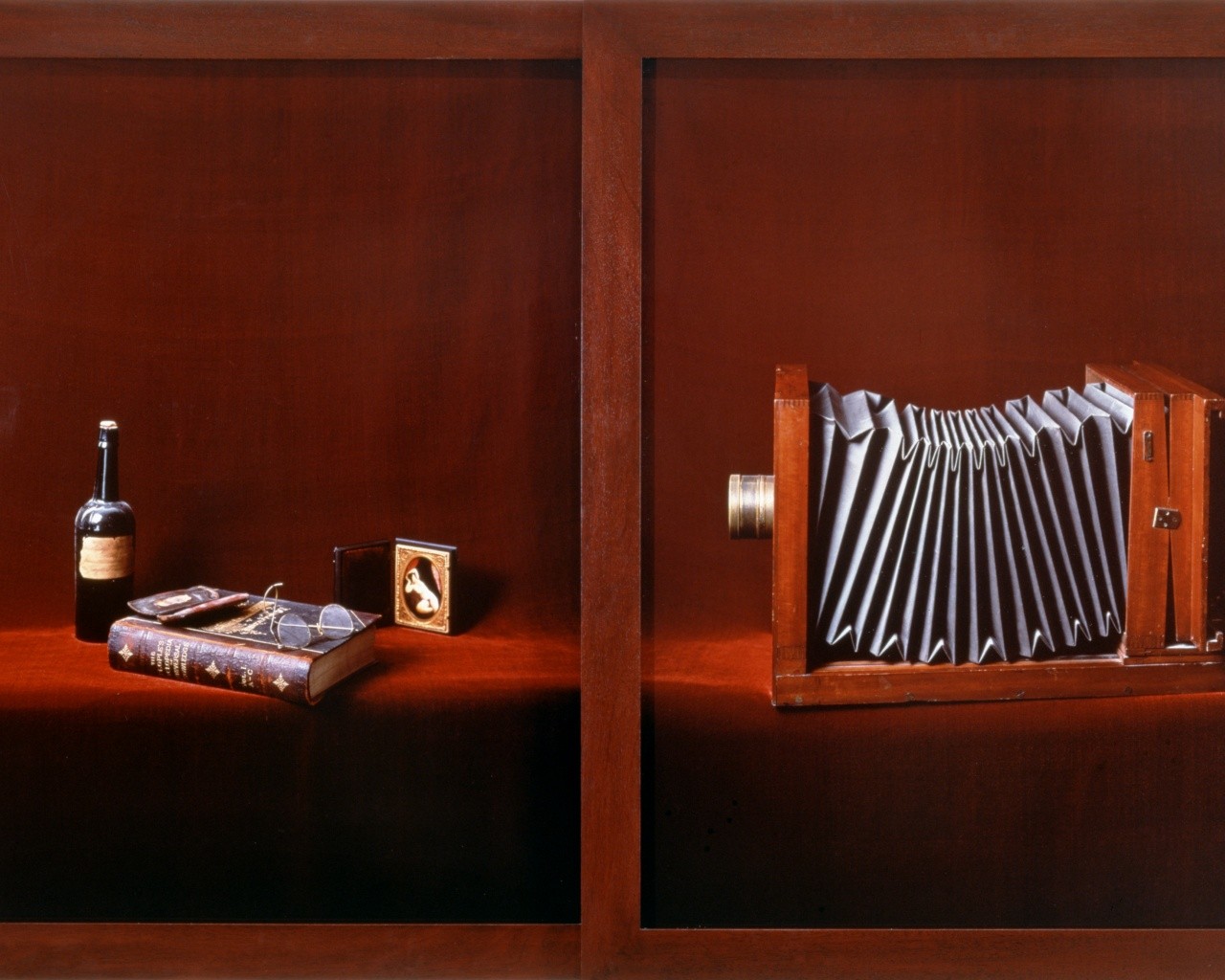 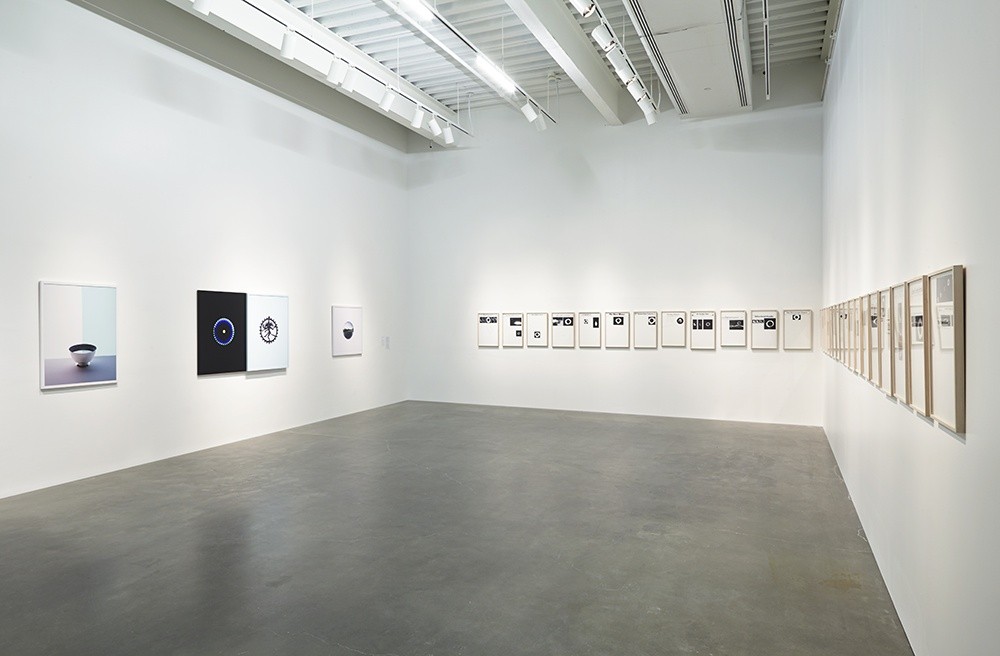 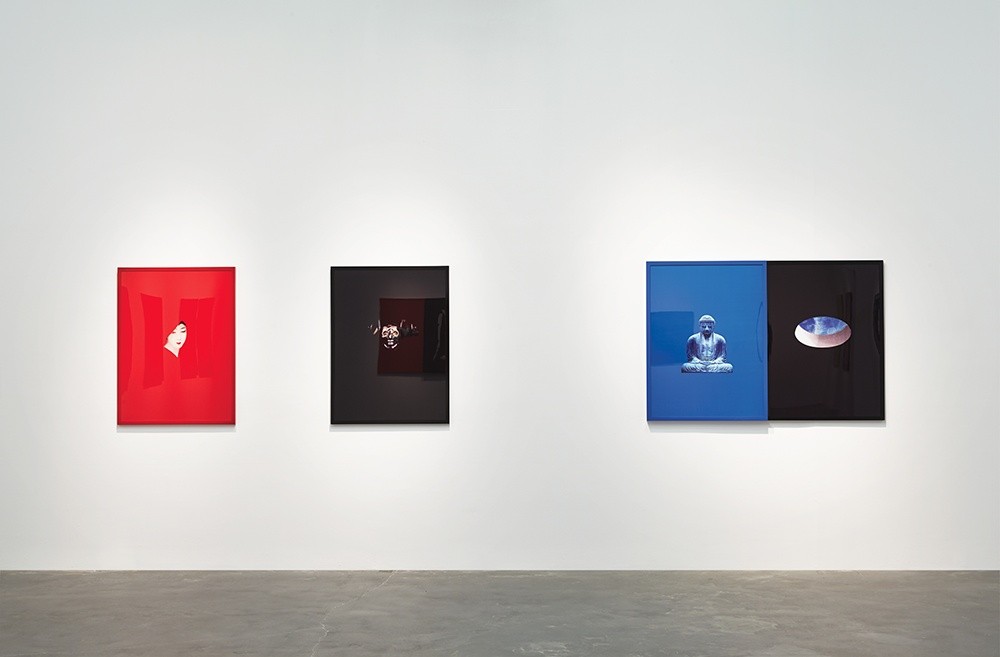 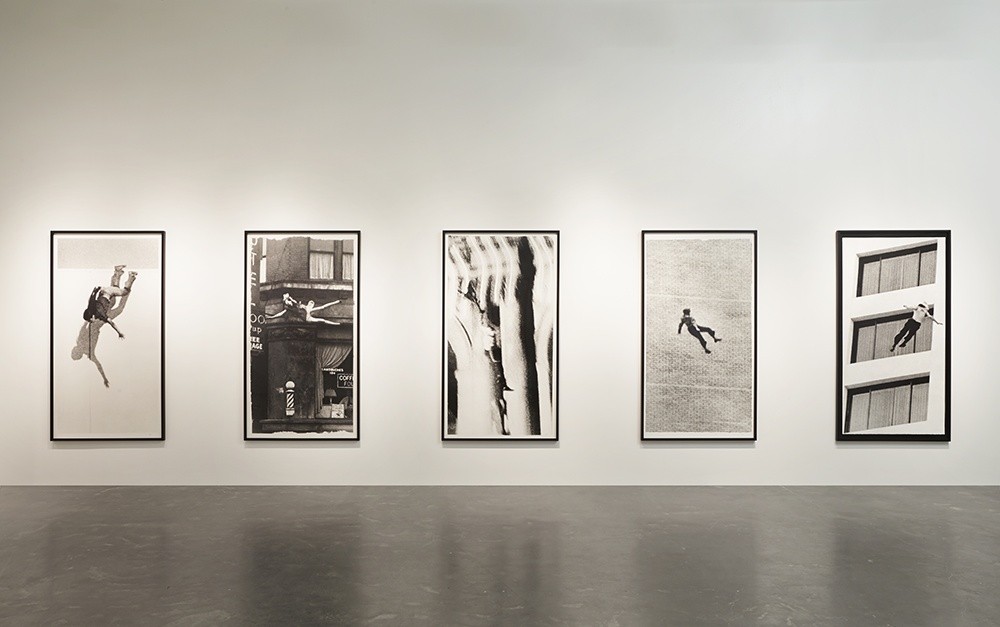 Over the course of a forty-year career, artist Sarah Charlesworth (1947–2013) investigated pivotal questions about the role of images in our culture.

Her influential body of work deconstructed the conventions of photography and gave emphasis to the medium’s importance in mediating our perception of the world. Charlesworth’s practice bridged the incisiveness of 1970s Conceptual art and the illuminating image-play of the later-identified “Pictures Generation.” She was part of a group of artists working in New York in the 1980s—which included Jack Goldstein, Sherrie Levine, Richard Prince, Cindy Sherman, and Laurie Simmons, among others—that probed the visual language of mass media and illuminated the imprint of ubiquitous images on our everyday lives.

This exhibition at the New Museum features Charlesworth’s poignant series “Stills” (1980), a group of fourteen large-scale works rephotographed from press images that hauntingly depict people falling or jumping off of buildings. The installation of “Stills” marks the first time that the complete series has been displayed in New York and is presented alongside other prominent works by the artist: her groundbreaking series “Modern History” (1977–79), which pioneered photographic appropriation; the alluring and exacting “Objects of Desire” (1983–88) and “Renaissance Paintings” (1991), which continued Charlesworth’s trenchant approach to mining the language of photography; “Doubleworld” (1995), which probes the fetishism of vision in premodern art; and her radiant latest series, “Available Light” (2012). The title of the exhibition is taken from one of her photographs, Doubleworld (1995), from the series of the same name, which presents two nineteenth-century stereoscopic viewing devices, each holding a stereophotograph depicting two women standing side by side. The continuous doubling of images in this work underscores the duplicitous role of the photograph as an alternate, optical universe and a stand-in for the physical world.

“Sarah Charlesworth: Doubleworld” is the first major survey in New York of the artist’s work to date, encompassing an innovative career that played a crucial role in expanding the possibilities of photography and establishing the medium’s centrality to contemporary art. Invested with rare precision and dedication, Charlesworth’s influential body of work and philosophy on art-making continue to reverberate and take on shifting significance with time as new technologies emerge and our inexhaustible reservoir of images expands with astonishing speed.
The exhibition is curated by Massimiliano Gioni, Artistic Director, and Margot Norton, Associate Curator.

“Stills” is presented in association with the Art Institute of Chicago.

Sarah Charlesworth was born in 1947 in East Orange, New Jersey, and passed away in 2013 in Falls Village, Connecticut. She received a BA from Barnard College in 1969 and lived and worked in New York City and Falls Village. She has been the subject of solo exhibitions at a number of institutions, including a retrospec¬tive organized by SITE Santa Fe (1997), which traveled across the US. Charlesworth’s “Stills” series was recently completed and presented for the first time at the Art Institute of Chicago (2014). Her works have also been included in numerous group exhibitions, including at the Whitney Museum of American Art, New York (2014); National Gallery of Art, Washington D.C. (2012); the Victoria and Albert Museum, London (2011); the Museum of Modern Art, New York (2011); the Solomon R. Guggenheim Museum, New York (2010); the New Museum, New York (2010); the Metropolitan Museum of Art, New York (2009); and “the Walker Art Center, Minneapolis (2004). Charlesworth taught photography for many years at the School of the Visual Arts, New York; the Rhode Island School of Design, Providence; and Princeton University, NJ.
www.newmuseum.org