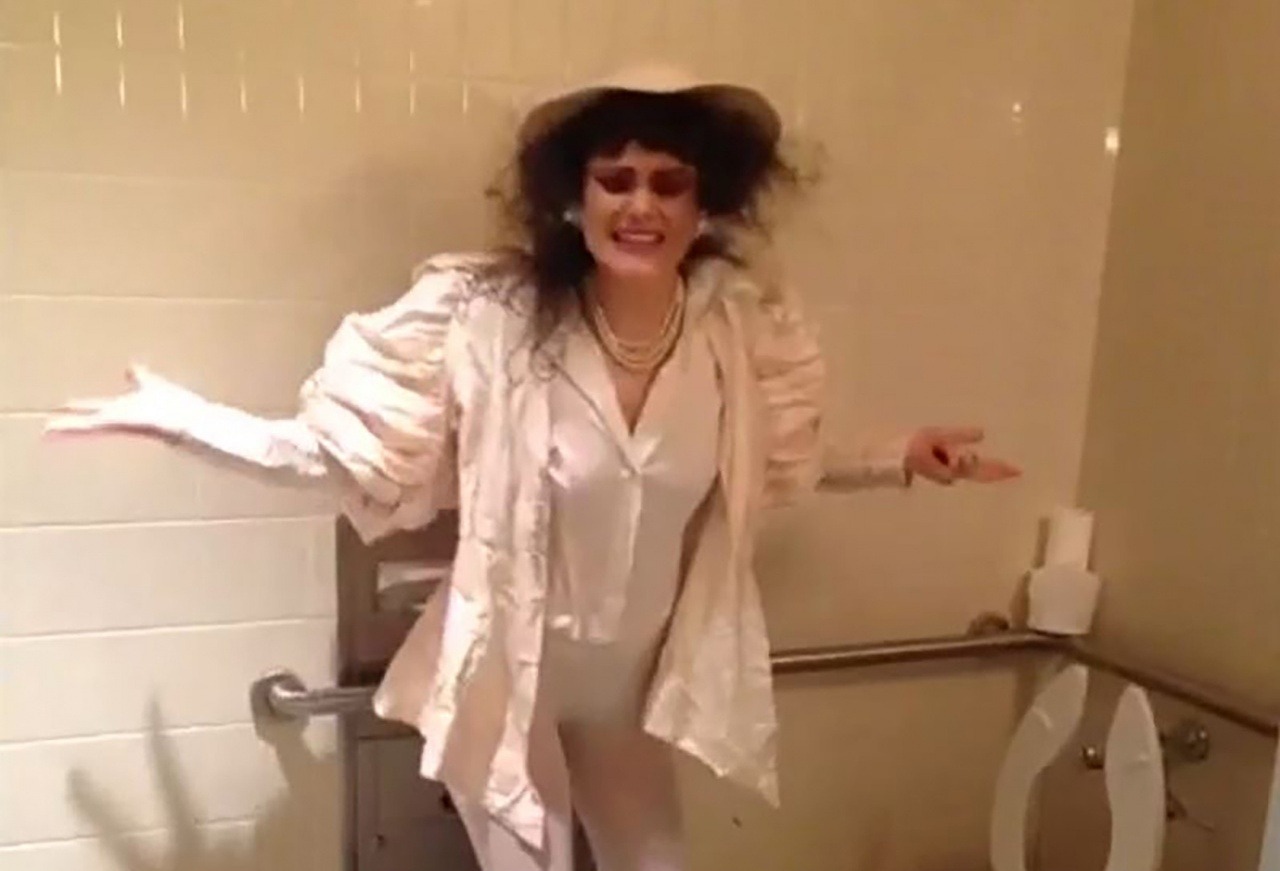 Ribald, absurd, and endlessly riveting, her vaudevillian interpretations of classic literature (“A Homo’s Odyssey”), morning talk shows (“Good Morning Evening Feelings”), and aerobic lessons (“Exorcise Class”) are, according to Cameron, ways to “combat the terror of being alive.” Dynasty Handbag assumes the trappings of femininity in configurations zany and over-the-top, garbling gender codes in outrageous formulations. Digressions, rhymes, and false starts riddle her one-woman acts, providing unexpected pathways into material taken from commercials, pop songs, and tidbits of art history. As cultural theorist José Esteban Muñoz writes, “Dynasty Handbag’s queer failure is not an aesthetic failure but, instead, a political refusal. It is going off script, and the script in this instance is the mandate that makes queer and other minoritarian cultural performers work not for themselves for but distorted cultural hierarchy.”

In this selection of videos, Dynasty Handbag models a series of coping mechanisms: she takes a vow of silence in an attempt to find serenity; she rejects a gluttony of breakfast options in order to prepare for the world becoming toast; and, in a makeup tutorial, she teaches viewers how to put their best faces forward for life under fascism.