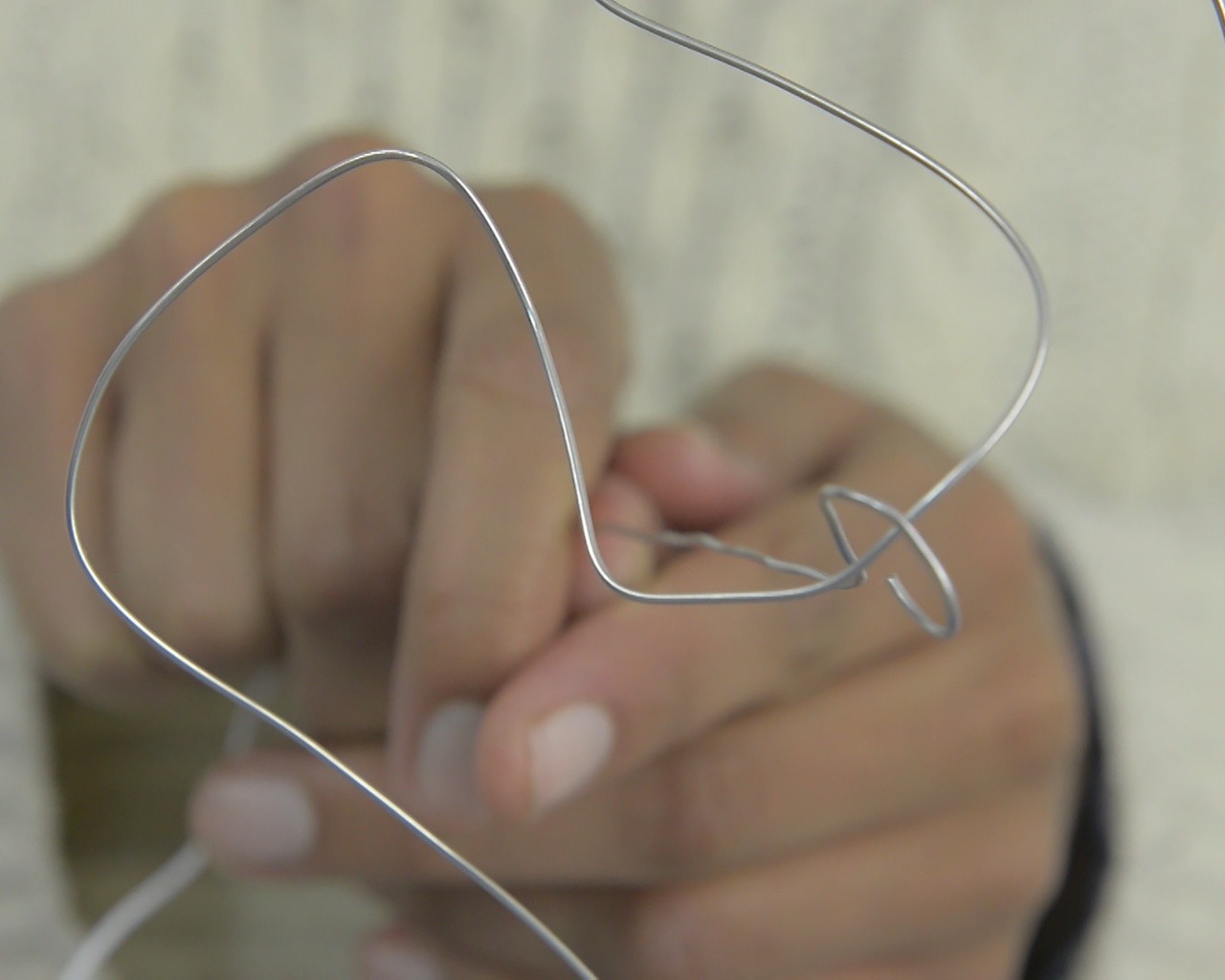 “Screens Series: Hannah Black” continues the New Museum’s Screens Series, a platform for the presentation of new video works by emerging contemporary artists. Drawing from Marxist, feminist, and radical black theory, Hannah Black’s works are driven by voiceovers and intertitles that illuminate fissures in history and evoke the feelings of alienation and vulnerability that are amplified by social media and the profit structures of capitalism. Language is central to her videos, and her poetic indictments subtly take aim at the legacies of violence and oppression that continue to shape people’s experiences, senses of identity, and relationships to others.

Referencing medieval Schandmaske, or shame masks, Black’s video Credits (2016) correlates different social stigmas while alluding to lending practices that tend to deepen existing racial and economic inequalities. All My Love All My Love (2015) reflects on artificial surrogates or “technologies of love,” from the cloth and wire “mothers” that American psychologist Harry Harlow gave to baby monkeys in his famous studies on attachment in the 1950s to a dancing female robot recently developed in Japan. By invoking these subjects, Black calls our attention to the emotional and psychological costs of an increasing demand for efficiency and profit.

Intensive Care / Hot New Track (2013) pairs celebrity gossip about Rihanna and Chris Brown with audio testimony from US military interrogators at Abu Ghraib prison, offering an oblique meditation on power relations, the trivialization of violence, and shifting registers of remorse. In The Fall of Communism (2014), Whitney Houston’s famed vocals become the falling cry of a body that transforms into various people in the course of its rabbit-hole descent toward the center of the earth.

In Bodybuilding (2015) and My Bodies (2014), bodies are cast as autonomous, aspirational, and alluring, but we are reminded that they are also ultimately limited to both space and time. Bodybuilding juxtaposes footage of both bodybuilders and newly constructed high-rise complexes, playing on the visual correspondences between physical augmentation and speculative real estate development. My Bodies brings together audio excerpts of female R & B vocalists singing the phrase “my body” with panning stills of men’s mouths. Toward the end of the video, however, the consideration of the body as an object of desire shifts to a soothsaying of bodily experience after death.

Hannah Black (b. Manchester, UK) is an artist and a writer based in Berlin. Her video and installation work has been shown in solo exhibitions at Lisa Cooley, New York (2016); Arcadia Missa, London (2015); and Legion TV, London (2013). Her work has also been included in group exhibitions at the Julia Stoschek Collection, Düsseldorf, Germany (2016); Chateau Shatto, Los Angeles (2015); and W139, Amsterdam (2015). Black has presented performances and given readings at the New Museum, Interstate Projects, and Cage in New York and at Whitechapel, the Showroom, the Institute of Contemporary Arts, and Cafe OTO in London. Her writing has appeared in the New Inquiry, Texte zur Kunst, Harper’s magazine, and Artforum, among other publications, and her next book will be published by Verso in 2017.

Black’s videos will be on view on the Lower Level screens Wednesday through Sunday, and they will be presented in the New Museum Theater on Wednesdays from August 17 through September 28 in the following order: Credits (2016), All My Love All My Love (2015), Intensive Care / Hot New Track (2013), The Fall of Communism (2014), Bodybuilding (2015), and My Bodies (2014).
www.newmuseum.org