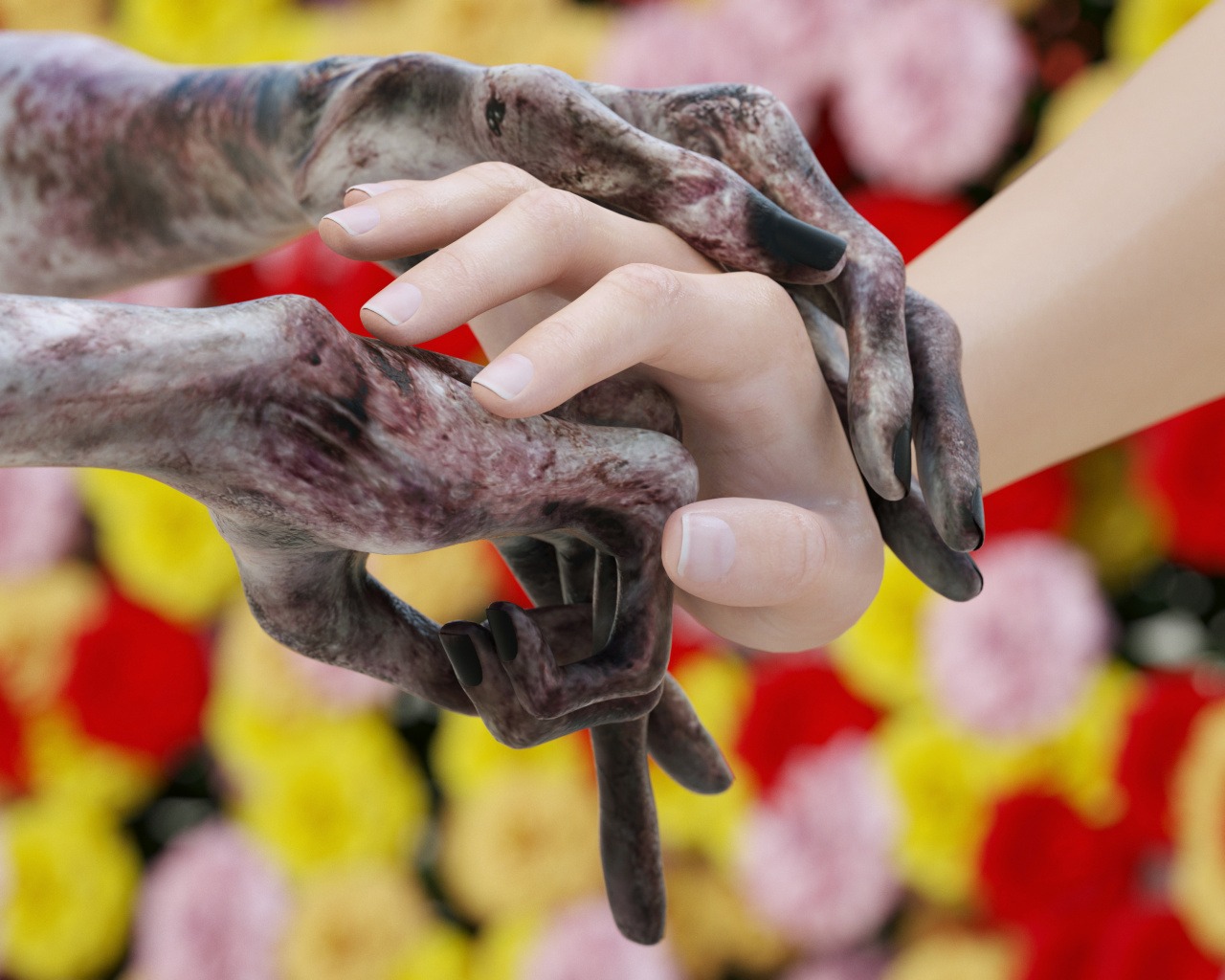 Cooper’s CGI protagonists perform to soundtracks by Soraya Lutangu, also known as Bonaventure. They bleed, bruise, and get sick, displaying a fragility that belies their presumed immortality—and perhaps offers a way of resisting the demands of the digital capitalist economy. Cooper’s works suggest that we can reclaim autonomy by countering or refusing virtual forms of labor, instead allowing these intangible bodies to act in our place.

Several of the videos portray a woman haunted by a zombielike figure. In Symptom Machine (2017), the woman pulls herself along an endless conveyor belt. We Need Sanctuary (2016), which draws its title from “sanctuary sites”—places in the body that are impenetrable to medications—shows her coughing up blood. Infection Drivers (2019) further explores the body under attack. In that video, a CGI figure struggles to move and breathe in a translucent suit, which takes her body through transmutations of stereotypically masculine and feminine physiques as it inflates and deflates. In a time of increased public surveillance through facial-recognition software and biometric data mining, Cooper’s high-definition world invites us to investigate and perhaps find freedom in the technologies often used to constrain us.