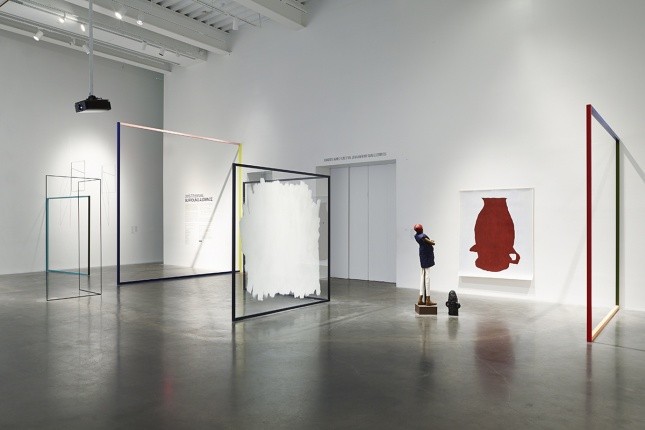 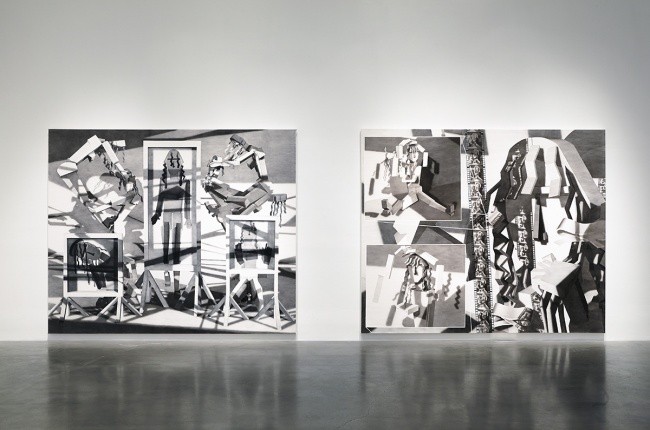 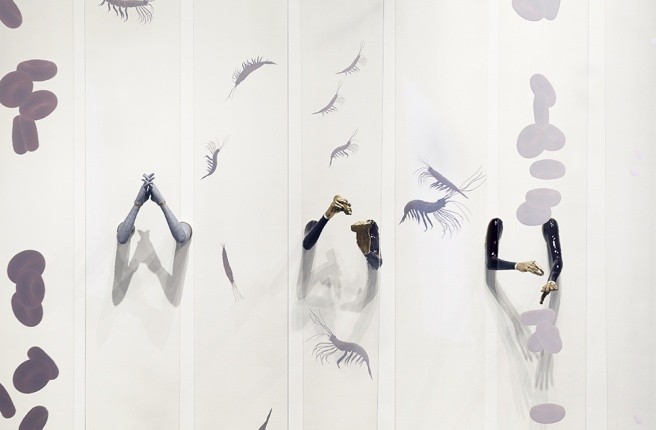 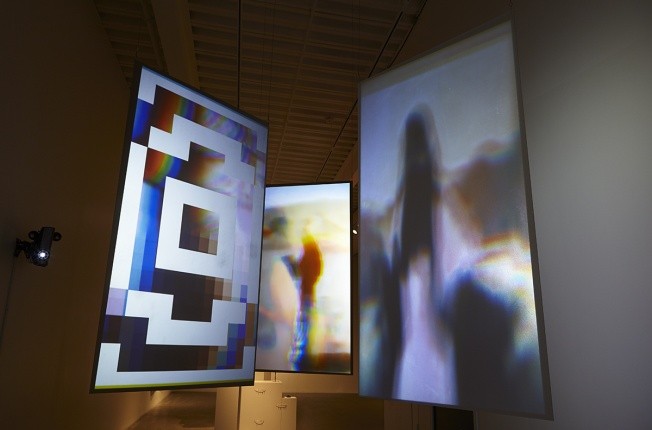 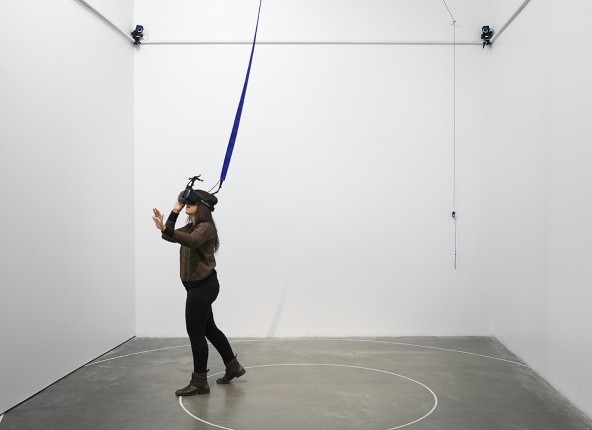 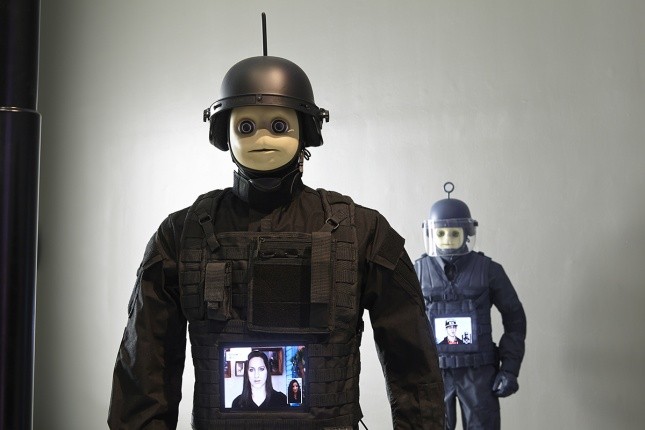 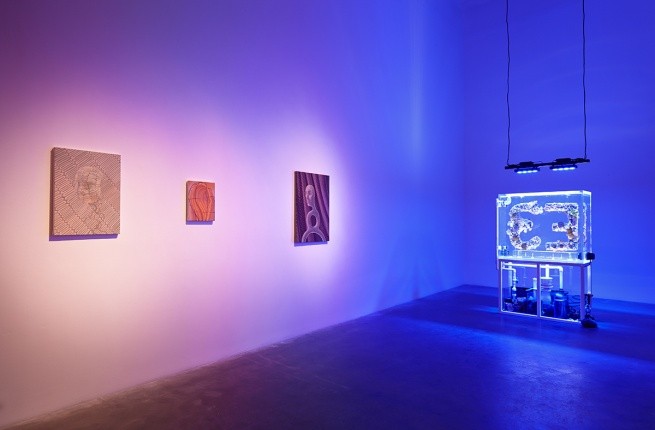 New Museum Triennial 2015: Surround Audience. Exhibition view at the New Museum, New York, 2015.
Photo: Benoit Pailley
A signature initiative of the New Museum, the Triennial is the only recurring international exhibition in New York City devoted to early-career artists from around the world.

The Triennial’s predictive, rather than retrospective, model embodies the institution’s thirty-seven-year commitment to exploring the future of culture through the art of today. This third iteration of the Triennial is titled “Surround Audience” and is co-curated by New Museum Curator Lauren Cornell and artist Ryan Trecartin.

“Surround Audience” explores the effects of an increasingly connected world both on our sense of self and identity as well as on art’s form and larger social role. The exhibition looks at our immediate present, a time when culture has become more porous and encompassing and new considerations about art’s role and potential are surfacing. Artists are responding to these evolving conditions in a number of ways, from calculated appropriations to critical interrogations to surreal or poetic statements.

Featuring fifty-one artists from over twenty-five countries, “Surround Audience” pursues numerous lines of inquiry, including: What are the new visual metaphors for the self and subjecthood when our ability to see and be seen is expanding, as is our desire to manage our self-image and privacy? Is it possible to opt out of, bypass, or retool commercial interests that potentially collude with national and international policy? How are artists striving to embed their works in the world around them through incursions into media and activism? A number of artists in the exhibition are poets, and many more use words in ways that connect the current mobility in language with a mutability in form. The exhibition also gives weight to artists whose practices operate outside of the gallery—such as performance and dance—and to those who test the forums of marketing, comedy, and social media as platforms for art. The building-wide exhibition encompasses a variety of artistic practices, including sound, dance, comedy, poetry, installation, sculpture, painting, video, one online talk show, and an ad campaign.

The New Museum Triennial was initiated in 2009. The first edition, “Younger Than Jesus,” was organized by Massimiliano Gioni, Laura Hoptman, and Lauren Cornell. The second Triennial, “The Ungovernables,” was organized by Eungie Joo in 2012. The 2015 Triennial is organized by Lauren Cornell, Curator, 2015 Triennial, Museum as Hub, and Digital Projects, and artist Ryan Trecartin, with Sara O’Keeffe and Helga Christoffersen, Assistant Curators. The catalogue was overseen by Helga Christoffersen.
www.newmuseum.org