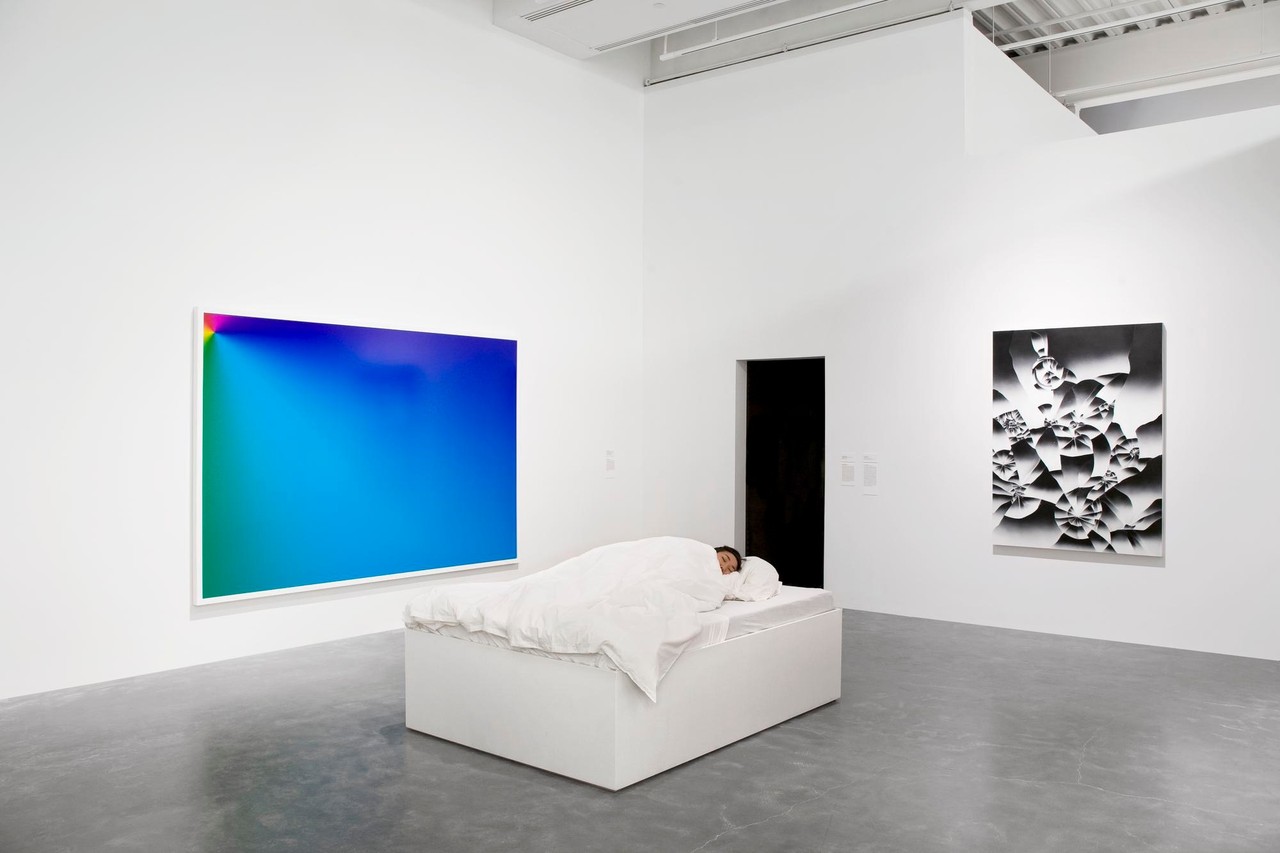 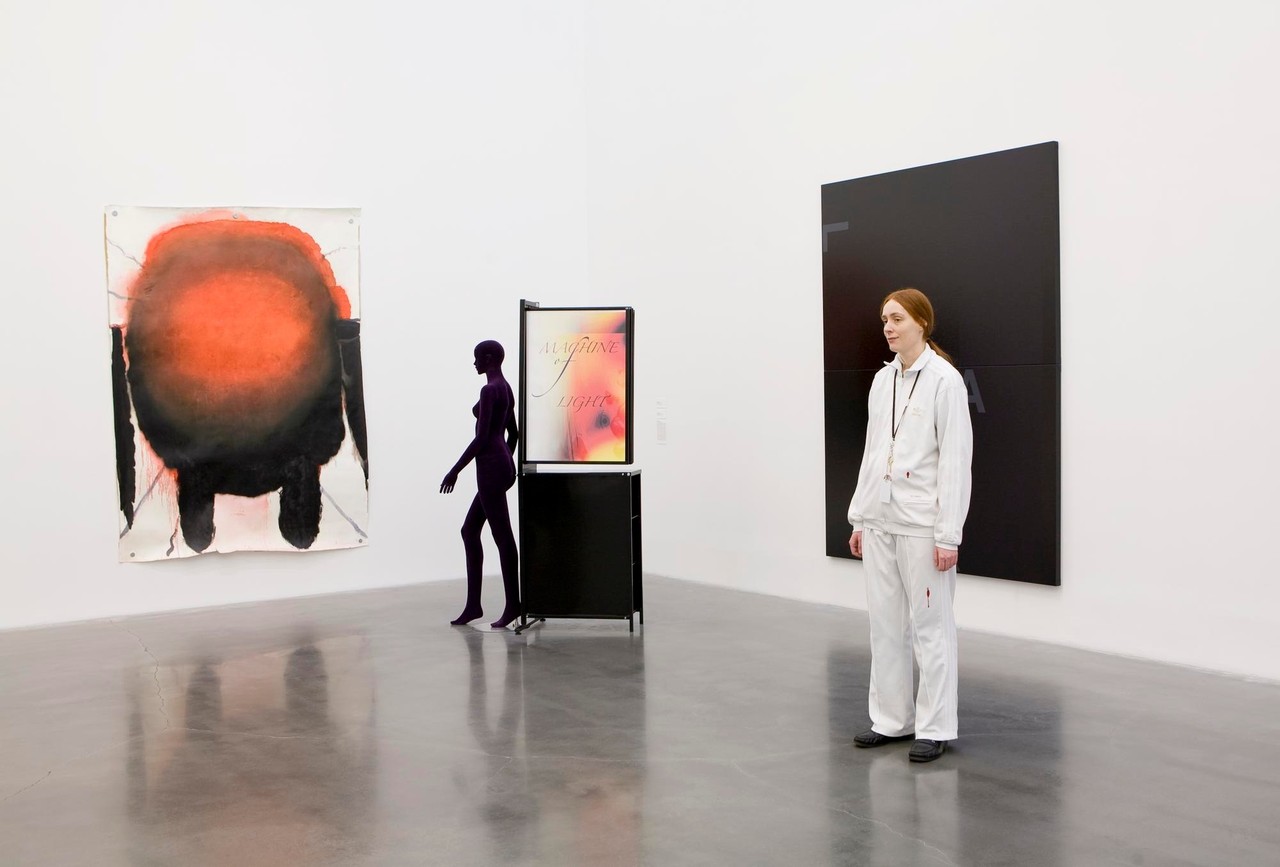 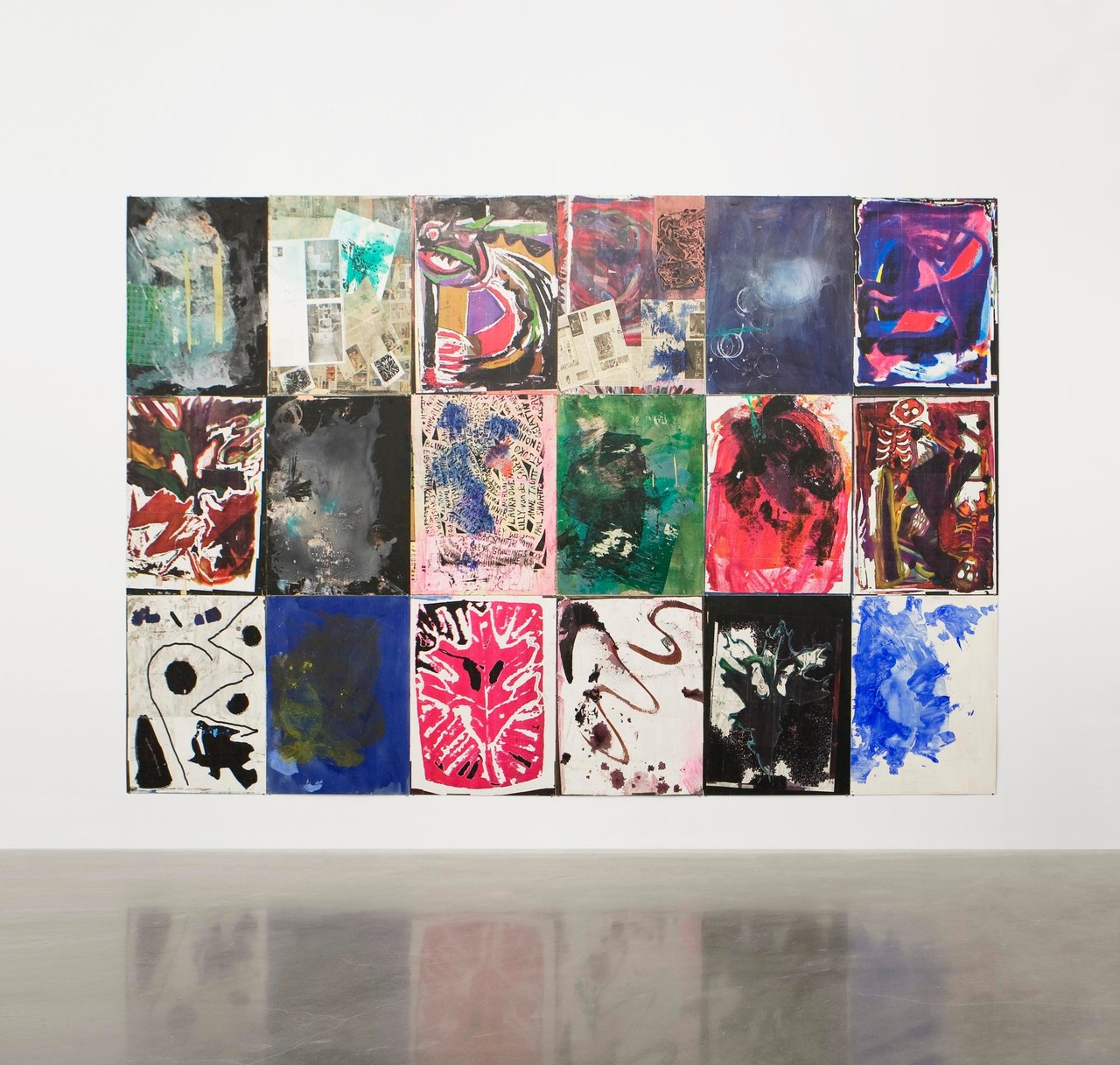 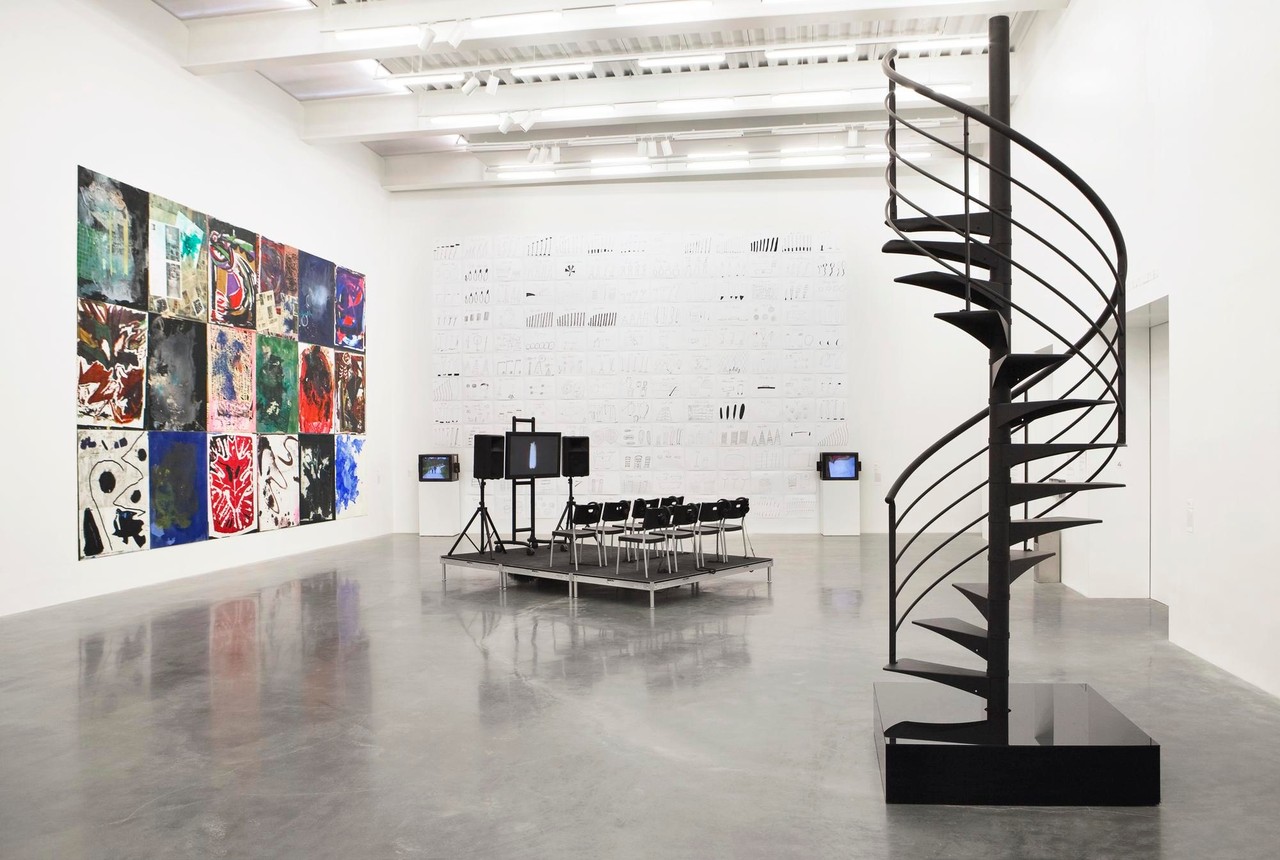 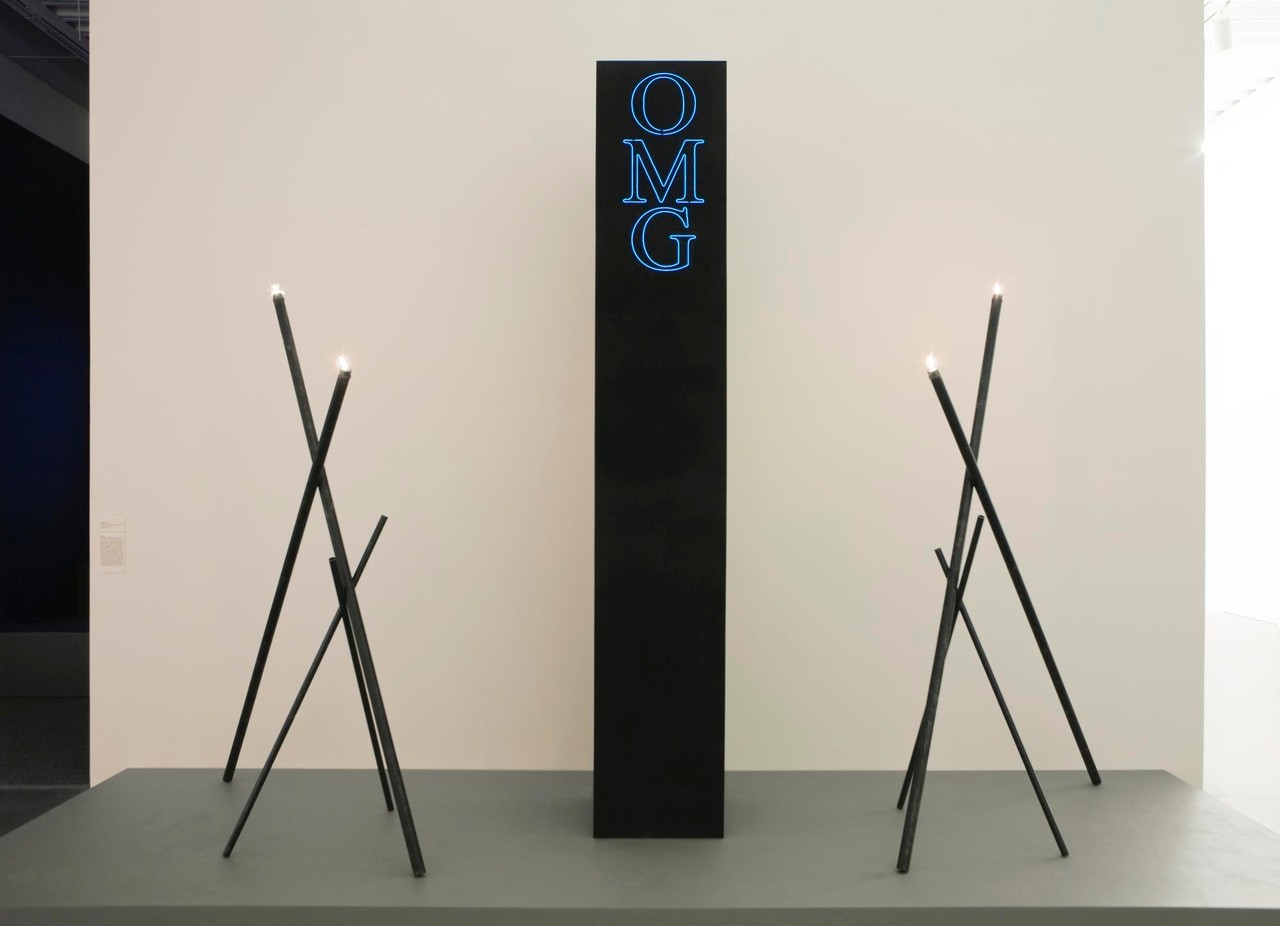 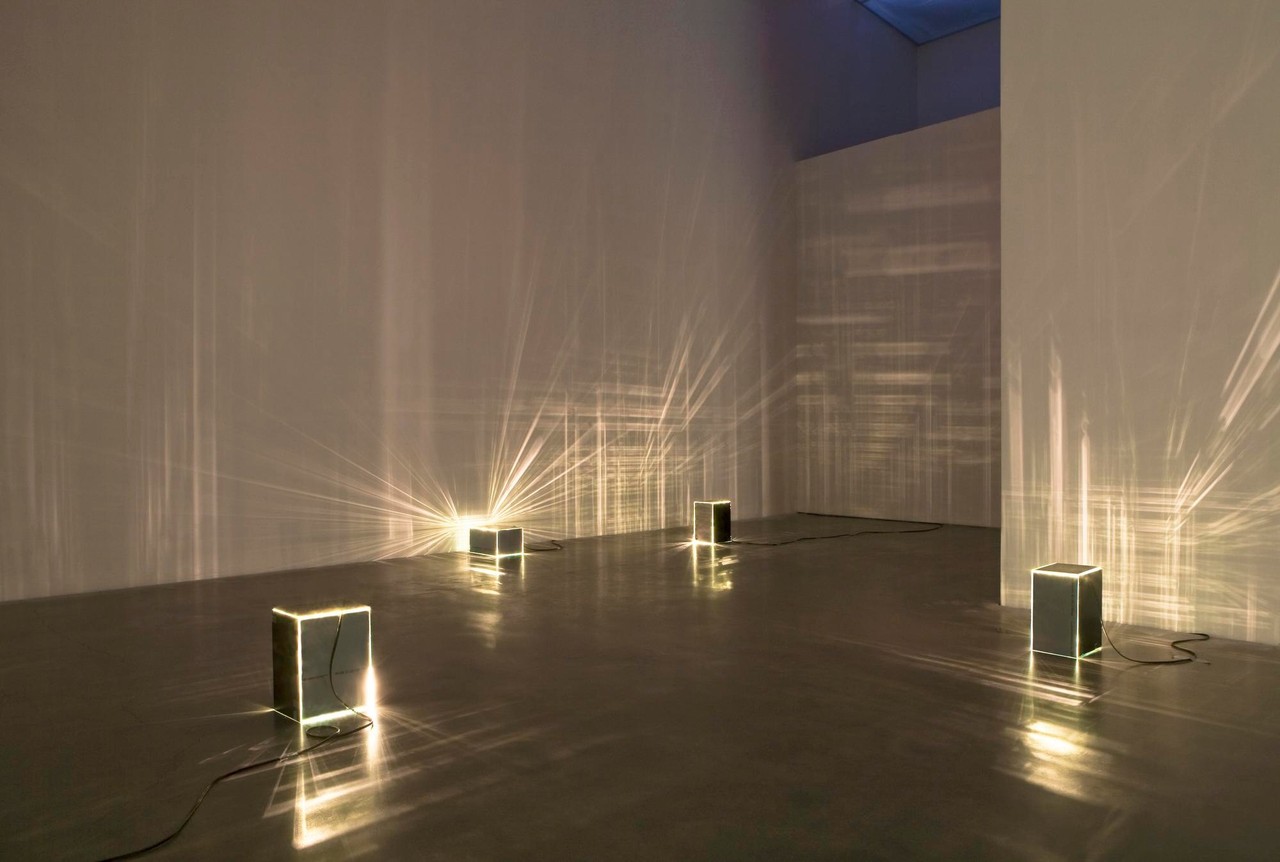 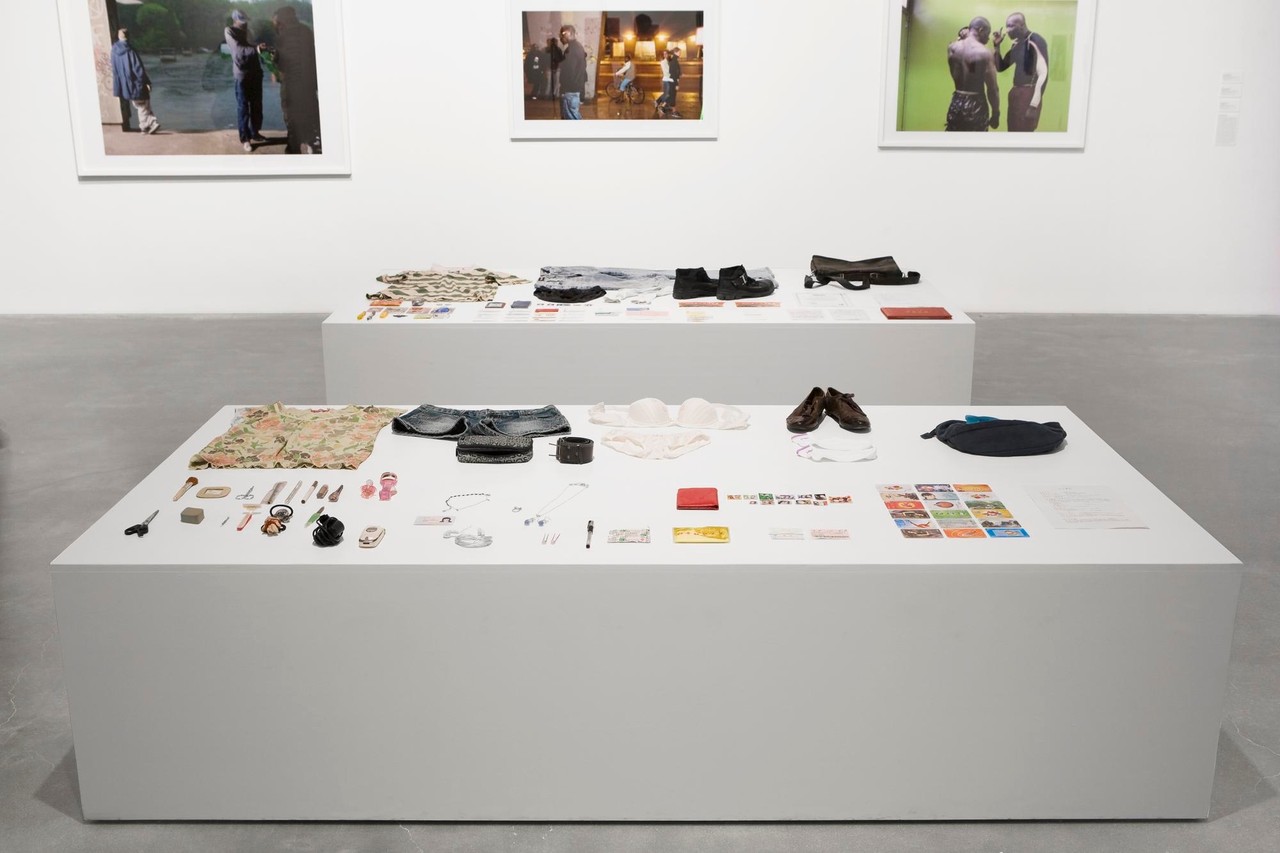 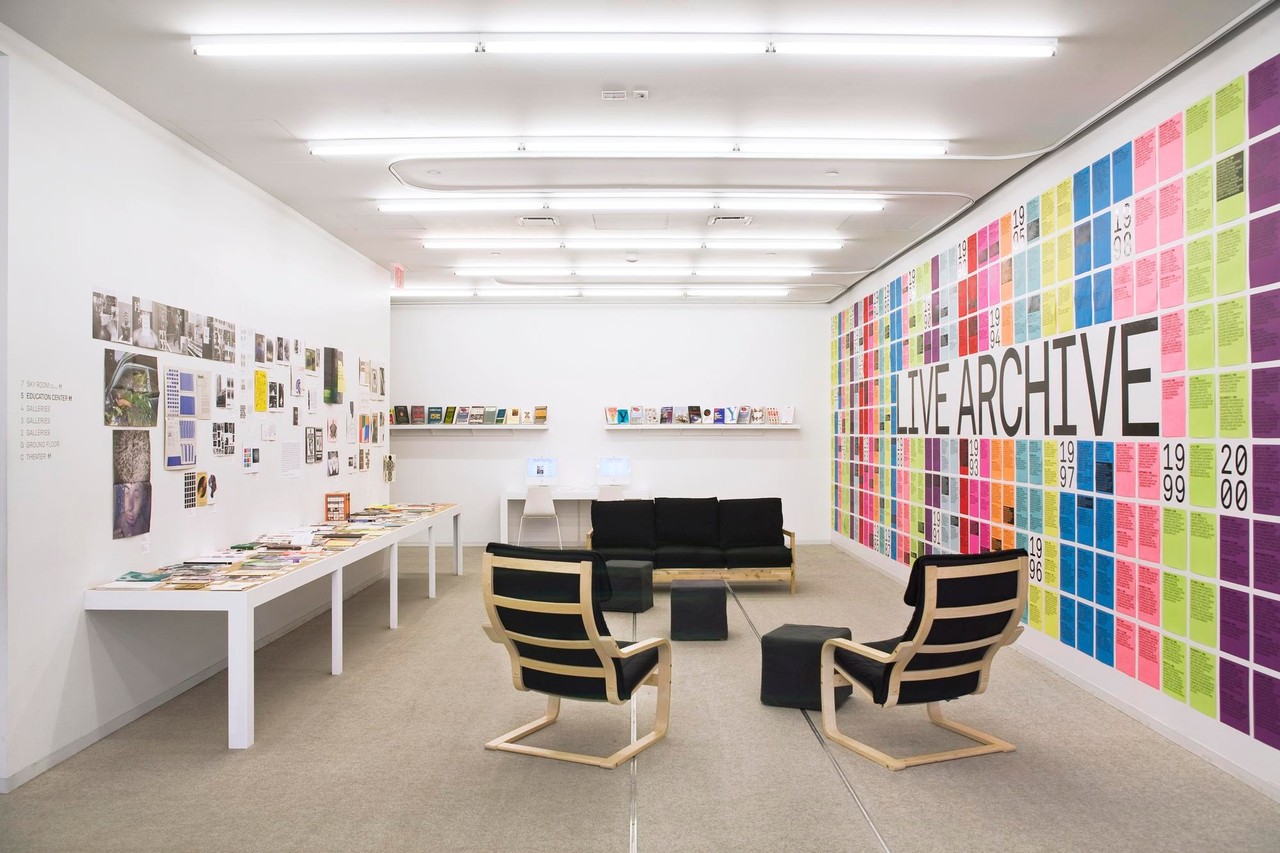 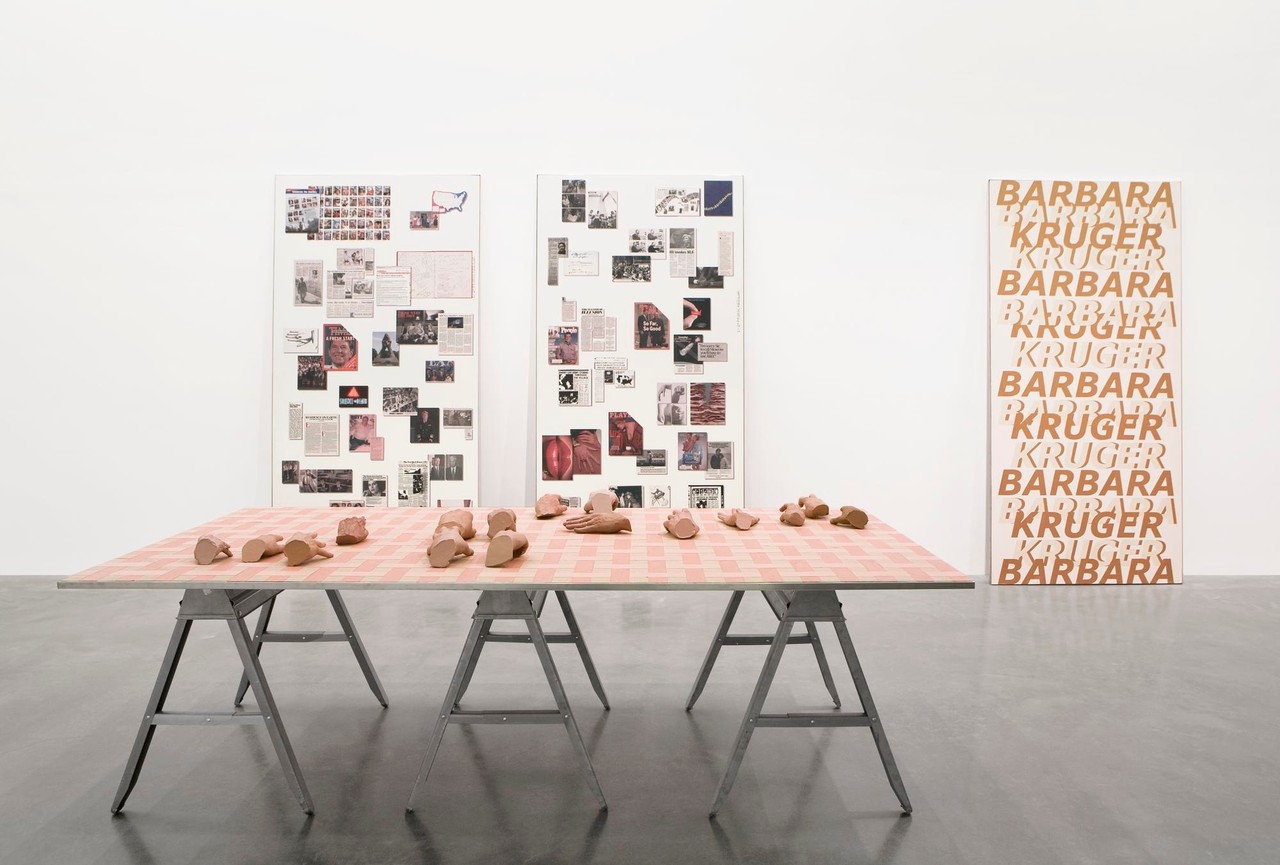 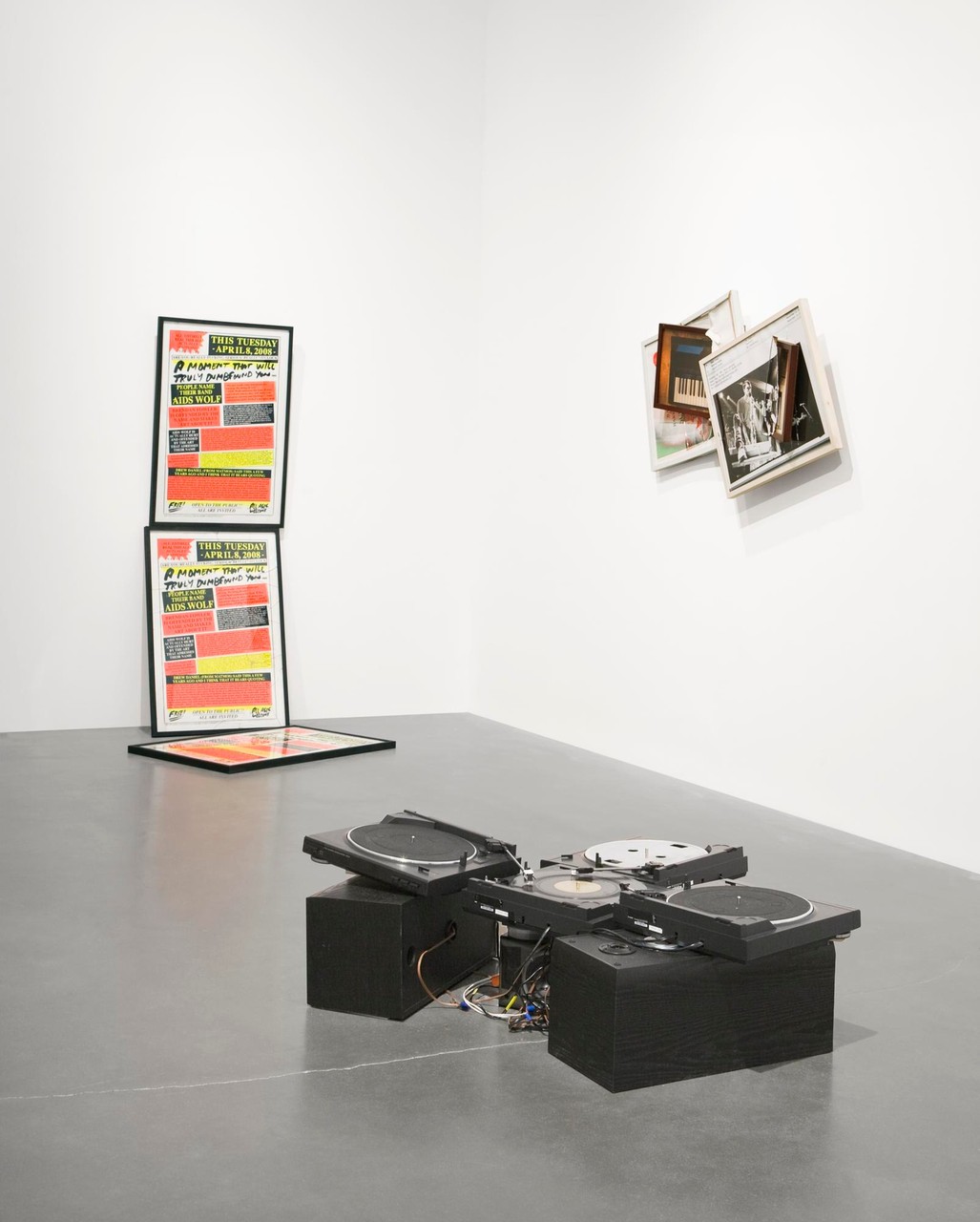 For “Younger Than Jesus,” the first edition of “The Generational,” the New Museum’s new signature triennial, fifty artists from twenty-five countries will be presented. The only exhibition of its kind in the United States, “The Generational: Younger Than Jesus” will offer a rich, intricate, multidisciplinary exploration of the work being produced by a new generation of artists born after 1976. Known to demographers, marketers, sociologists, and pundits variously as the Millennials, Generation Y, iGeneration, and Generation Me, this age group has yet to be described in any way beyond their habits of consumption. “Younger Than Jesus” will begin to examine the visual culture this generation has created to date.

Inspired by the fact that some of the most influential and enduring gestures in art and history have been made by young people in the early stages of their lives, “Younger Than Jesus” will fill the entire New Museum’s building on the Bowery with approximately 145 works by artists all of whom are under the age of thirty-three years old. Hailing from countries including Algeria, China, Colombia, Germany, India, Lebanon, Poland, Turkey, and Venezuela, many are showing in a museum for the first time. The exhibition will span mediums and encompass painting, drawing, photography, film, animation, performance, installation, dance, Internet-based works, and video games. Major support for the exhibition has been provided by The Andy Warhol Foundation.

Consistent with the New Museum’s thirty-year mission to present new art and new ideas, “The Generational: Younger Than Jesus” will be the first major international museum exhibition devoted exclusively to the generation born around 1980, tapping into the different perspectives, shared preoccupations, and experiences of a constituency that is shaping the contemporary art discourse and prescribing the future of global culture. In the United States, this demographic group is the largest generation to emerge since the Baby Boomers, while in India half the population is less than twenty-five years old; the sheer size of this generation ensures its worldwide influence. By bringing together a wide variety of artists and contextualizing their different approaches, “Younger Than Jesus” will capture the signals of an imminent change, identify stylistic trends that are emerging among a diverse group of creators, and provide the general public with a first in-depth look at how the next generation conceives of our world. Revealing new languages and attitudes, the exhibition will comprise a portrait of the agents of change at the beginning of the twenty-first century.

“The New Museum has always been a platform for the new,” comments Lisa Phillips, Toby Devan Lewis Director. “We have given important early exposure to artists at the beginning of their careers, from Keith Haring to Adrian Piper, and Ana Mendieta to Jeff Koons—artists who subsequently changed the course of art. ‘Younger Than Jesus’ continues the New Museum’s tradition and mission of showing the art of tomorrow today.”

“The artists in ‘Younger Than Jesus’ reflect a preoccupation with our future, but also with history and tradition: Rather than foreswearing their parents, they seem interested in imagining new communities and alternative families,” says Massimiliano Gioni. “Their tactics range from role-playing to recycling, from identity tourism to technological archeology, from an hysterical form of realism to an intimate, micro-emotional art.”

According to Lauren Cornell, “The exhibition presents glimpses of a generation that is incredibly diverse, with artists moving seamlessly across mediums. Instead of radically breaking from the past, these artists draw from a myriad of influences across historical movements and geographies to highlight the intergenerational dynamics that drive contemporary art.”
“During World War II, both Pablo Picasso and Giorgio Morandi were both painting still lifes,” explains Laura Hoptman. “Two artists, belonging to the same generation, were imagining two absolutely different realities emerging from a chaos that encompassed the entire world. We hope that ‘Younger Than Jesus’ will offer a look at our world as reflected through the work of many artists belonging to the same time and yet representing entirely different perspectives on its problems and its beauties.”

Informants Worldwide
Artists were selected for “Younger Than Jesus” through an open curatorial model that is participatory, and inspired by the networking proclivities of the generation represented in the show. Initial research for the exhibition was conducted through an international network of correspondents and an information-sharing group of more than 150 curators, writers, teachers, artists, critics, and bloggers worldwide, who were asked to recommend artists for the exhibition. This methodology was intended to expand the curatorial process and challenge the traditional “single-source” method of creating an exhibition. Through this process, more than 500 artists were recommended and researched.

Publications
Biographical information and images from the over 500 artists who were submitted for consideration for the exhibition by the global network of informants will be included in the publication Younger Than Jesus: The Artist Directory, co-published by the New Museum and Phaidon. The publication will serve as an informal census of the artists from this generation, and will expand the exhibition by adding an additional platform.
The exhibition catalogue, co-published by the New Museum and Steidl, will include reproductions of the work of the fifty artists chosen for the exhibition, as well as original essays by the exhibition curators and an anthology of articles by a diverse group of writers including philosophers, sociologists, journalists, activists, and marketing and technology experts. It is intended to compose a complex picture of the art and preoccupations that animate the work of this emerging generation.

Live Archive
The New Museum’s fifth-floor Museum as Hub space will serve as the live archive of “The Generational: Younger Than Jesus.” Organized by freelance critic Brian Sholis, the space will serve as a research platform, discussion venue, and repository of international periodicals, films, and music created by or documenting this generation. Materials will be gathered from diverse sources: Sholis’s conversations and interviews with the exhibition’s artists; contemporary publications and zines selected by international correspondents; and texts by philosophers, sociologists, journalists, marketing, and technology experts about this generation. Regular lunchtime presentations will address the idea of generational shifts and the specific nature of this generation and its influences.