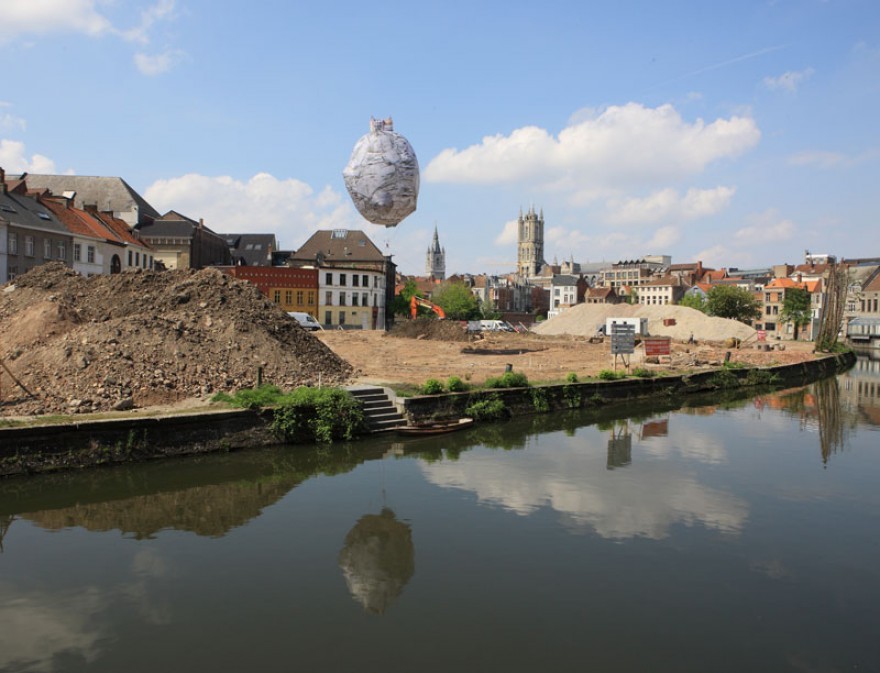 Ever since the first hot-air balloon ascended in 1783, inflatable objects have inspired the imagination of alternative worlds. In the nineteenth century, aerial towns colonized the skies and floating labs surveyed the world. Flying cameras popularized the view from above. Starting in the 1930s, gigantic floats attracted attention to socialist and capitalist mass parades. Along with the ideals of the generation of 1968, inflatable spaces and performances entered into architecture and tested new forms of coexistence.

‘Floating Utopias’ presents the broad range of pneumatic media in an exhibition and accompanying interventions in urban space. The project juxtaposes historical and contemporary works and raises questions as to their potential for artistic and activist practices. Until today, inflatable objects serve as tools for aesthetic and political interventions: artists and activists situate their works between surreality and functionality, fiction and fact. Inflatables invite us to be playful and disobedient, they forge communities and prompt participation, generate attention and agency.