Going Out of Circles - Part 1

Housing estates and the production of images of themselves 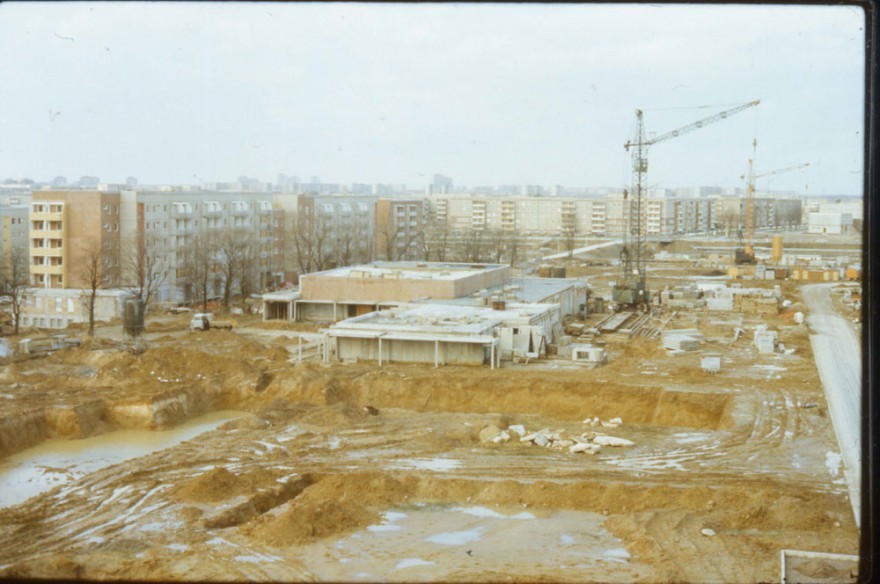 The visual arts and artistically informed urban research are increasingly converging in the field of ›urban cultures‹. Art and culture as well as urbanity and built space need to be explored, experienced and narrated.
One field of engagement in recent years has been large housing estates built in the heroic phase between 1960 and 1990. They possess dimensions that are alone comparable to a small town – yet crucial urban functions such as the arts and cultural life are foremost projected onto the city centre. For this reason, large housing estates remain oddly foreign to many people in the city.

New narratives and images are needed to break open the seeming homogeneity of housing estates and to fathom their fascinating contradictoriness.

Housing estates are comparable to one another – even across continents. They are often organized in concentric circles around the core city. But even within one city, contact between housing estates is rare.
The exhibition project GOING OUT OF CIRCLES in the district of Hellersdorf builds bridges within Berlin as well as further afield to partner housing estates and partner cities. It asks how stereotypes of a place are formed, how they are attributed from the outside and how they are accepted and continued internally? And how in the periphery, visual strategies exist which do not impose an ›image‹ from the outside but are developed through the self-will of the residents themselves? With its strategies of pictorial narration and visual knowledge, art can carry special significance for these questions.

In the first part of the exhibition, a documentation on the two-year project »Zeitkapsel Hasenbergl« by the artist Pia Lanzinger and photographs and videos by the Hellersdorf residents Barbara and Thomas Klage will be shown.

During her research on the history of the Hasenbergl housing estate on the outskirts of Munich, Pia Lanzinger found out that the foundation stone of the estate, including a time capsule installed inside it, had been destroyed during building work. The project »Zeitkapsel Hasenbergl« grasps this ›deficit‹ as an opportunity. The visions of the future from the time when the estate was founded have not been fulfilled. The Hasenbergl has evolved in its own strong-willed way. Its image of itself was captured in 2017 through the relaying of the foundation stone: 70 residents each contributed a personal experience from Hasenbergl in a video clip for the new time capsule. With their broad participation, the residents create an alternative picture of life on this large housing estate on the outskirts of Munich.