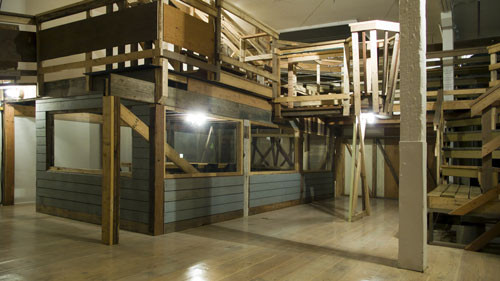 Proposals on this Side of Utopia

Which roles can art projects, art spaces, self-organized academies and labs play in developing conceptions of the world that go beyond purely economic globalization? Projects from various parts of the world are invited to propose and test out other realities of life and world views, from small artistic attempts to social experimentation. Topics such as dealing with cultural differences, climate change, processes of levelling out and confusing complexities form the basis for a common space in which to rise questions.

The basis for Other Possible Worlds – Proposals on this Side of Utopia is a collection of ideas, concepts, models, terms, projects, kits and modes of acting. It is conceived as a pool for further projects in other parts of the world, it is open to further extension and it allows for varied formats. The NGBK is considered as a common and active space of inquiry for different formats like artistic contributions and installations, workshops, presentations, talks and video screenings.