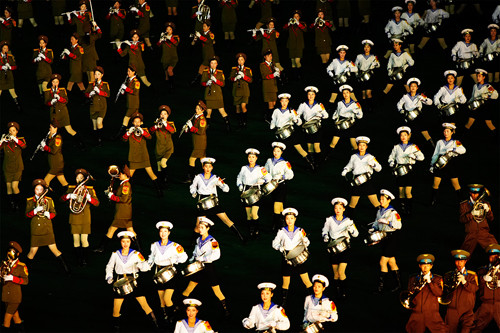 The ‘Divided and Shared History’ unites Germany and Korea in a special way. The two countries were both front-line states in the Cold War – and are at the same time both marked by a history of division. The manifold migration routes between Korea and Germany were characterized by complex inter-relationships and trans-border, frontier-extending activities, which are here for the first time studied against the backdrop of the Cold War. Koreans went as guest workers from South Korea to West Germany (FRG), and as students and orphans from North Korea to East Germany (GDR); East Germans went to North Korea in the overall framework of ‘developmental aid solidarity’; South Koreans in West Germany went in turn to North Korea, and North Koreans in East Germany fled to West Germany. Running through the entire exhibition is the theme of mobility in, despite, or precisely because of the Cold War. The exhibition highlights the diverse facets of German-Korean migration history. To this end, the works of contemporary artists are brought together and are displayed in conjunction with historical material.

The exhibition will be accompanied by a catalogue (German/English).
www.ngbk.de