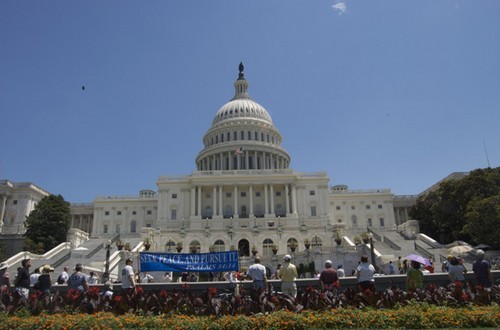 Every day, theaters of war around the world are at the center of media attention. Working for peace on the other hand is unspectacular, slow, and not very appealing. How can a place, an initiative, an artistic work become a theater of peace? What alternative perspectives can be used to counter asymmetrical conditions of visibility? Is it even possible to make peace visible, to represent it?
The exhibition brings together artistic and activist strategies that make visible the hidden stories behind the different scenes of crisis around the world, intervene into public discourse, and resist the logic of war.

The armed conflicts currently being carried out around the world are mostly asymmetrical. This asymmetry is reflected in superior military strength, economic disparity, and in the power of definition: where one side alone controls the circulation of images and information in the media, the other tries to draw (media) attention to itself with acts of violence. Other strategies are needed to create a kind of visibility and the conditions for peaceful solutions. Thus Elias Sanbar speaks of a “return to visibility” in relation to the film culture that has developed in Palestine since the Oslo Accords. Then again, visibility is not only the basic requirement for lasting solutions but also the natural domain of art.

The THEATER OF PEACE project introduces strategies that make visible the hidden problems and stories behind the different scenes of crisis around the world. This includes an analysis and description of the spatial constellations that constitute the stage and context of conflicts, which are made visible in the maps produced by a number of different critical projects. We are interested in the moment of reversal that turns a theater of war into a peaceful scenario.

Introducing the activities of intervening artists and initiatives for peace

The focus of the project is on the activities of activists and artists who intervene into concrete situations with specific demands while at the same time jump-starting processes beyond their own immediate spatial and temporal environments. A small stage in the exhibition space will function as a THEATER OF PEACE, where initiatives can introduce themselves and discussions, plays, and film screenings will take place.

We understand the THEATER OF PEACE / FRIEDENSSCHAUPLÄTZE project as an intersection in space and time allowing the participating initiatives, activists, and artists to remain connected beyond the exhibition itself. We have created a website to function as a platform of exchange, mapping theaters of peace around the world. Following the example of the Women Videoletters initiative, activists from around the world who are not able to come to the exhibition themselves are invited to submit video interviews reporting about their experiences working for peace. The interviews will be presented on the web platform, where artists and activists can also introduce themselves and make their own material available.
www.ngbk.de