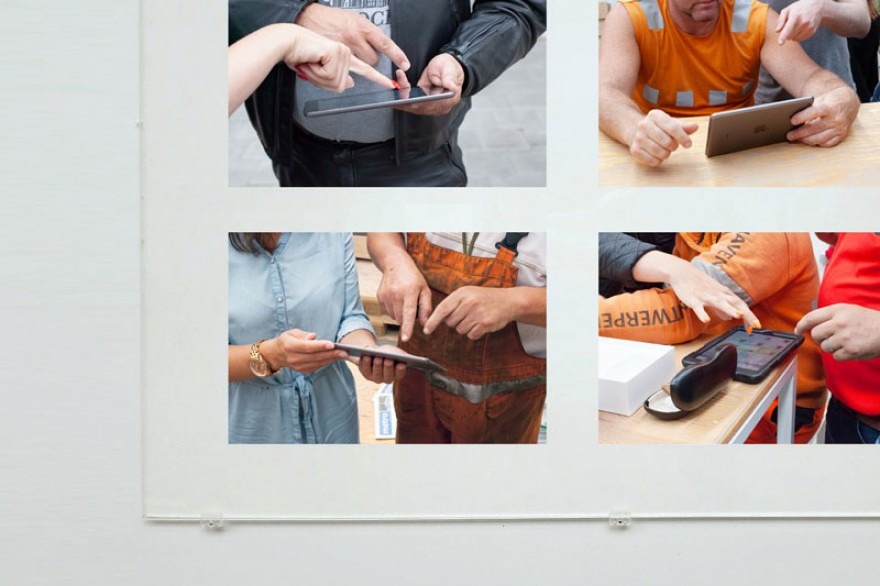 The exhibition centers on the meaning of touch in different contexts: as sensory perception, expression of empathy, physical assault, healing technique, or as a gesture in computer technology. On show are contemporary artistic positions that use touch to expose current contradictions in society.

On the one hand, haptic—supposedly intimate—communication via sensory touch pads is increasingly in use, making touch an essential part of our everyday lives; on the other hand, human beings’ fundamental need to be physically touched is being met by a diversifying spectrum of body and healing practices that includes touching.

TOUCH interlinks these two realms and investigates how they determine each other. What role does touch play in communication? And how does mediated communication influence our social behaviours and our need for physical contact?
Smartphone users seem to be more used to touching technical devices than human skin. This growing superficiality is generating a desire for sensual stimulation that sometimes seeks fulfilment even in its virtual forms. It is against the backdrop of these developments in society that artists are examining new forms of access to the body.

Negotiating issues of proximity and distance through touch reveals sociocultural attitudes and value systems: for example, constructions of class, economy, or gender. Although the sense of touch precedes the sense of sight, the Western world gives little thought to the potential of touch—as compared to that of the visual—as a source of knowledge. Certain feminist and queer theories and artistic positions critique and challenge this tradition. Approaches such as that pursued by the artist VALIE EXPORT in her project “Tapp- und Tastkino” (Tap and Touch Cinema, 1968) invite discussion of whether the predominance of the visual realm is a consequence or a determinant of patriarchal and colonial power structures established by the West over hundreds of years.