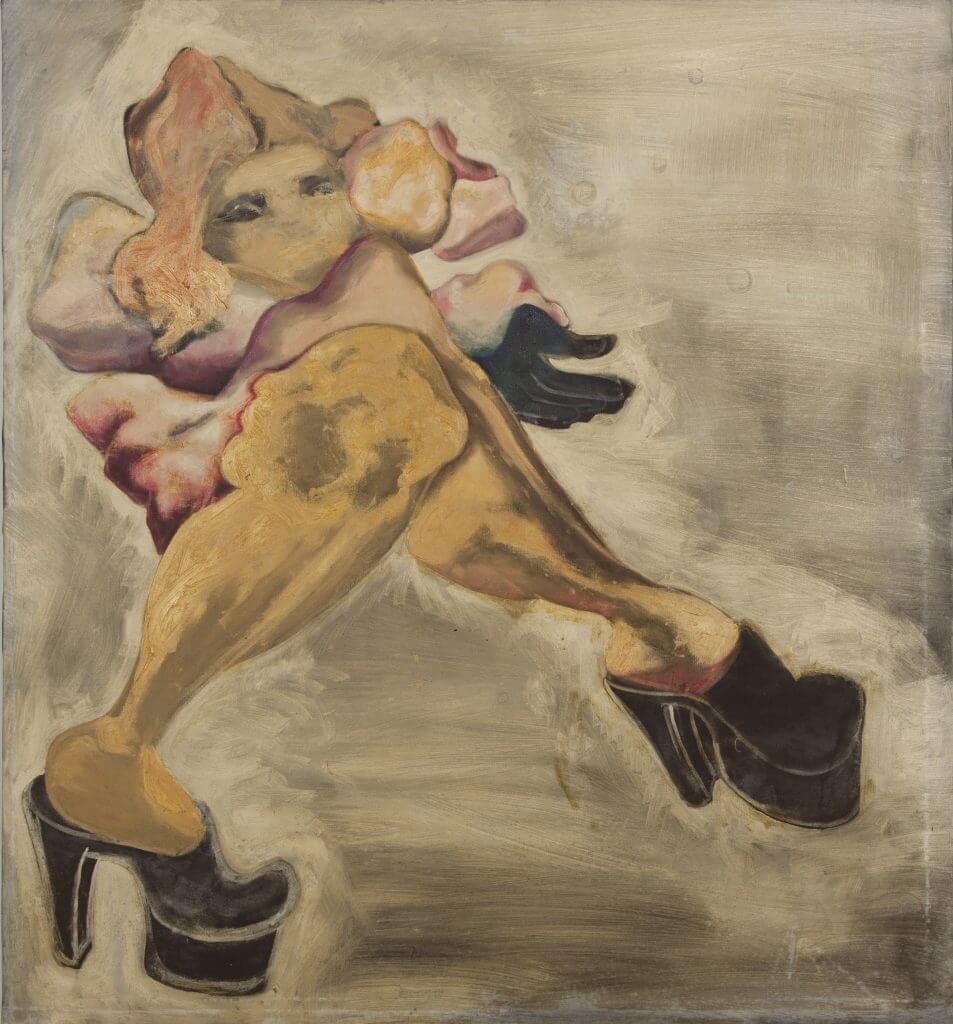 The American artist Boris Lurie (1924-2008) left behind a radical oeuvre that attacks the bourgeois definition of art in word and image. An unconditional claim to truth runs through the work of this Jewish artist whose life was overshadowed by the Holocaust. Between 1941 and 1945, he survived a number of concentration camps; his mother, grandmother, sister and teenage girlfriend were murdered.

After their liberation, the artist and his father emigrated to New York where, from 1946, Lurie began to devote himself to art. He unequivocally rejected all idealistic expectations placed in art and all forms of aestheticism, as well as the capitalist art market. In 1959, together with Sam Goodman and Stanley Fisher, he founded the NO!art movement and advocated a social art that generates aesthetic innovation as a by-product of unfettered expression.

Lurie was exceedingly critical of the Pop Art that conquered the market and museums in the 1960s. Early on, he developed a highly distinctive approach which, at the end of the 1950s, turned away from painting towards collage. His works don't make it easy for the viewer, frequently confounding aesthetic and moral expectations. The Dismembered Women series, but also the many later works with collaged pin-ups, bear witness to a profound trauma that found expression in an ambivalent image of women. Lurie's linking of pornography and photographs from the death camps is shocking, but it can be made sense of as the outcry of a tortured soul and as a form of resistence. At the same time, pornography served Lurie as a metaphor for capitalist society.

In order to illuminate Lurie's position within art history, the exhibition presents his work alongside that of other artists. Besides his NO!art colleagues Sam Goodman and Stanley Fisher, it also includes work by H. P. Alvermann, Jean-Jacques Lebel, Gustav Metzger, Gerhard Richter and Wolf Vostell. Contextualized in this way, Lurie's oeuvre emerges as a psychogram of its time that provoked outrage and rejection. "The time for YES!art is not at all at hand."
www.nmn.de