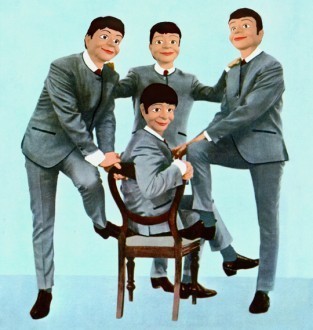 As part of the celebrations for the 175th anniversary of photography, the Neues Museum is dedicating an extensive solo show to US American photo-artist Laurie Simmons – and with that will be the first European exhibition institution to do so. The presentation features works from the Goetz Collection, which was placed on permanent loan to the Neues Museum in 2014, augmented by loans from the artist.
Ever since the 1970s, Laurie Sim mons (born 1949 Long Island, lives in New York) has developed a photographic oeuvre that focus es on the ways everyday worlds are staged. Miniaturised interiors and artificial spaces form the arena for her figures. Inspired by human ways and dispositions, they are transformed into mirrors of our lives through role games and dramatic scenarios. Right from the start of her career, Laurie Simmons has produced serial works, in black and white and in colour. Not infrequently her photos seem like film stills, which seem to tell a story when placed in succession. The actors who populate her landscapes or interiors are cowboys or tourista, while her female characters are shown as housewives, the lady of the house, or as sexualised objects. Many of the protagonists seem to be living life as a mere cliché, and to be prisoners of their own social conventions.
With her hyper-realistic but always narrowly defined worlds, as well as her depictions of proto types, Laurie Simmons was quick to come up with a socio-critical body of work that conveys the ideals vaunted by the media precisely through its chosen medium of photography.
www.nmn.de