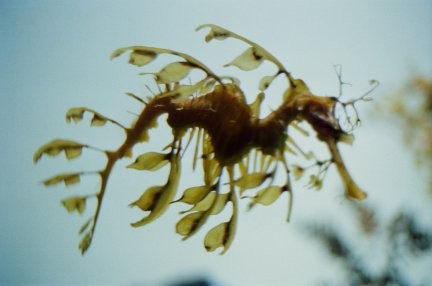 NoguerasBlanchard is very pleased to announce its third solo exhibition with Japanese artist Shimabuku. The artist's most recent video work Leaves Swim (2011) is presented with two installations, Onion Orion (2008) and Something that Floats / Something that Sinks (2008).
This exhibition portrays the beauty and poetry of allusions. While Shimabuku's work is often inspired by personal anecdotes, collective experiences or humorous discoveries made on his travels, another aspect of his work overrides the narrative and takes on a more contemplative focus, connecting objects and situations in richly poetic visual constellations.
The installation Something that Floats / Something that Sinks stands in the center of the gallery. By making the literal physical comparison between fruits that float and fruits that sink, this work reveals Shimabuku's interest in the poetry of the everyday and the strangeness inherent in the most quotidian of situations. In the words of Shimabuku: 'Some tomatoes float and some sink. Some vegetables float and some sink. This is something I always noticed while cooking, and always found mysterious. So I decided to make a work about something mysterious, leave it mysterious and have people experience it just as it is'. Shimabuku often makes works about food or cooking. For the artist, art and cooking are both about unexpected meetings of faraway ingredients to create something delicious, something good. The chance encounters between people, wildlife or found objects can be seen throughout Shimabuku's practice, in early works such as Encounter between an Octopus and a Pigeon (1993) or Shimabuku's Fish and Chips (2008).
The work Onion Orion, also underlined by a union of poetic associations, results from the similarity between the word 'onion' and the constellation Orion. An installation made with onions outlining the stars of the constellation lies at the entrance to the gallery. In the video Leaves Swim, from which the exhibition takes its title, an ornate portrait of a seahorse filmed underwater, confronts the viewer with an exotic scenario. Shimabuku encourages us to simply appreciate the beauty of this spectacular creature, as it naturally camouflages in floating algae. Through his ongoing practice, Shimabuku playfully challenges our desire to define the unfamiliar, suggesting that art provides a space to accept the incomprehensible and to appreciate the unknown.
Shimabuku (Kobe 1969). Recent solo exhibitions include: Shimabuku, Overbeck Gesellschaft, Lübeck, Germany (2011); Man should try to avoid contact with alien life forms, Centre international d'art et du paysage de l'île de Vassivière, Vassivière, France (2011); On the water, CAPC musée d’art contemporain de Bordeaux, Bordeaux (2011); My Teacher Tortoise, Wilkinson Gallery, London (2011); Kaki and Tomato, Air de Paris, Paris (2010). Recent group exhibitions include: Impossible Community, Moscow Museum of Modern Art, Moscow (2011); Our Magic Hour. How much of the world can we know?, Yokohama Triennale 2011, Yokohama; Somewhere Else, NoguerasBlanchard, Barcelona (2011); Kaza Ana / Air Hole: Another Conceptualism from Asia, The National Museum of Art, Osaka (2011); Arts and Cities, Aichi Triennale, Nagoya City Art Museum, Japan (2010).
Shimabuku's work Shimabuku's Fish and Chips will be presented at the upcoming edition of Art Unlimited, Art Basel.
www.noguerasblanchard.com