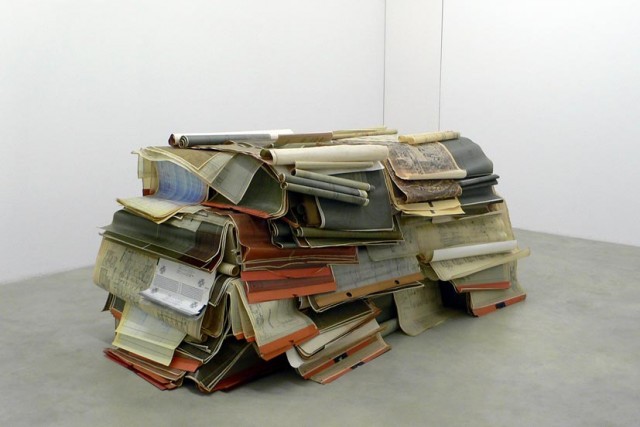 Galerie Nordenhake is pleased to announce Franka Hörnschemeyer's second solo exhibition at the gallery. Known for her manifold investigations of the concept of space, the Berlin-based artist presents a new body of site-specific interventions under the title “In The Presence Of Noise.” The project as a whole is inspired by “Communication In The Presence Of Noise,” written in 1949 by Claude E. Shannon, an American mathematician known as “the father of information theory” and cryptography. In the common understanding of communication, noise is an unwanted third element that interferes in what would otherwise be a clear connection between a sender and receiver. Noise, therefore, is a constitutive facet of any communication. In Hörnschemeyer's work, this aspect is particularly clear in environmental interventions such as Volume Of Sphere I – III, Simple Entity In A Complex Environment and In The Presence Of Noise, where different kinds of building material—Heraklith slabs, Aluminum composite panels or simply applied wallpaper—interfere with the usual functions of the gallery space.

Noise directs the receiver away from the message itself toward the medium in which it occurs. The reaction to noise, whether an attempt to adapt to it or to more effectively eliminate it, transforms the communicators. It is not simply an obstacle, but rather a productive force that generates a system through its very demand to be eliminated. This is particularly clear in Discrete Case, an installation composed of two cast aluminum funnels symmetrically connected through the middle wall of the gallery. Here, a binary system is created in which both elements are at the same time sender and receiver, a fundamental property of any communication system.

According to the French philosopher Henri Lefebvre, space is a complex term that embraces all social activity but cannot be reduced to a merely physical frame: it is both a product of—and itself produces—social acts and relations. Hörnschemeyer's work seems to grow out of exactly this complexity. A profound understanding and communication of architectural practice in its broader sense is evident within all the works in the show, from architectural drawings, blueprints or other archival materials to a network of mobile elements to interventions that alter the visitor’s perception of the existing space. In Hörnschemeyer's work, different elements are detourned in order to destroy their authority, affirming that the archive of a specific cultural history can only be reassembled as an unstable set of fragments.

The exhibition at Galerie Nordenhake is supported in part by Knauf Insulation.
www.nordenhake.com