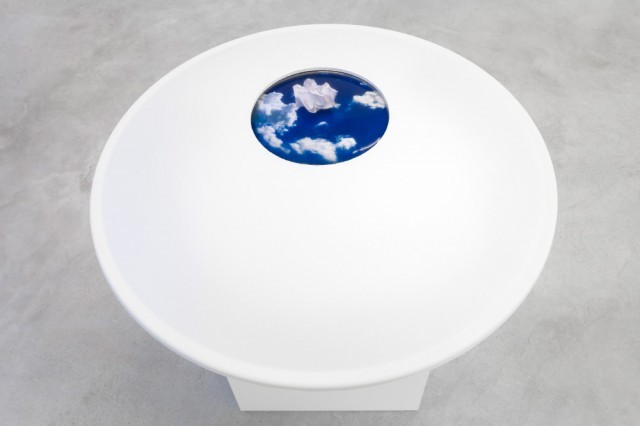 Galerie Nordenhake is pleased to present an exhibition with new and recent works by Icelandic artist Hreinn Friðfinnsson. Friðfinnsson gained prominence as a leading figure of the Icelandic avant-garde after co-founding the artist group SUM in 1965. His conceptual works have a romantic and narrative character that critics have only recently recognised in certain forms of conceptualism of the late 1960s and 1970s and which is widespread in current artistic expressions. Some of his outdoor projects like the House Project (1974) or Five Gates for the South Wind (1971-72) can be considered as early Land Art.

Hreinn Friðfinnsson’s art is rooted in the memories, experiences and at times sagas of his native Iceland and its contrasting landscapes. His works are characterized by an economy of means and precise minimal interventions. Making small additions or changes to the most mundane, insignificant materials he reveals or activates their conceptual potential— identifying the poetic component in what already exists.

In his works the act of seeing is very often connected with the perception of space and nature. The installation A Woman Resting in the Golden Ratio, consisting of a photograph and two long mirrors proportioned according to the Golden Ratio, is a play on reflection, perspective, and illusion. The harmoniously composed picture of an Icelandic landscape with a women looking at a river meandering trough it, seems to extend into the gallery space. The river continues as a blue line on the two mirrors whose reflective surfaces conflate the landscape and the surroundings of the viewer.

For Friðfinnsson an image is not self-sufficient but a tool to go beyond its own representative limits. It is essentially an act of thought characterized by poetic and often ironic levity and devoid of intellectual rigidity. In several works in the exhibition the artist evokes the complexity and ambiguity of the idea of space. In one of his works, which sits in one of the corners of the exhibition space a triangular piece of red acrylic glass is placed between three mirrors facing each other, thus creating a visually intriguing illusion of a three-dimensional geometric solid floating in an indefinable space. The mirrors double the image and return our gaze, creating moments of doubt and destabilized orientation. The way Friðfinnsson creates complex illusions evokes not only humble moments of wonder but also conveys profound metaphysical meanings, like ancient legends recalling how a rhyme was born from an echo, or a drawing of the outlines of a shadow.


Born in 1943 in Baer Dölum, Iceland, Hreinn Friðfinnsson has been living in Amsterdam since 1971. He has recently had solo exhibitions at: The Hafnarfjordur Centre of Culture and Fine Art (2012), Bergen Kunstmuseum and Malmö Konsthall (both 2008); Reykjavik Art Museum and The Serpentine Gallery, London (both 2007).
In 2012 he participated in the 30th Sao Paulo Biennial and represented Iceland at the 45th Venice Biennale in 1993. His work has been featured in the exhibition Ends of Earth at Haus der Kunst Munich and MOCA Los Angeles (both 2012). In 2000, the artist was the recipient of the prestigious Ars Fennica prize. Hreinn Friðfinnsson has been exhibiting with Galerie Nordenhake since 1989.
www.nordenhake.com