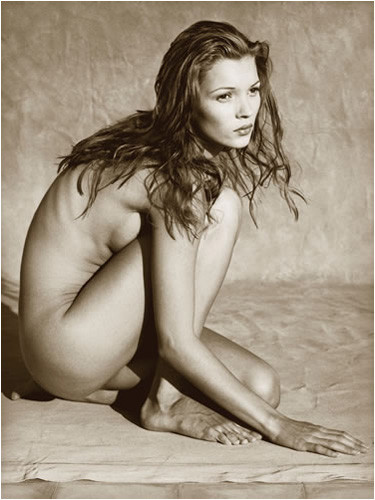 Moss © Albert Watson
Albert Watson may be blind in one eye (a fact hinted at in the title of his legendary book, Cyclops), but this does not diminish his ability to see in any way. Whatever he captures on camera – whether it be Mick Jagger, the hand of a chimpanzee, Kate Moss in Morocco, or a domina in Las Vegas – he creates an iconic image.

From September 2008, a collection of his work will be on display at the NRW-Forum. This retrospective will cover a wide range of photos from early icons to brand new studio photos.

Over the course of the past few decades, Albert Watson has not only become one of the world’s most successful fashion and advertising photographers, he has also developed his very own art form. Down through the years, his incredible photos have graced the cover of Vogue over 250 times and have been published in countless other publications including Rolling Stone, Time, and Vibe. Many of his photos are classic portraits of famous people. Albert Watson has also spent a lot of time fine-tuning his art, creating impressive records of his travels around the world, from Marrakech to Las Vegas and the Orkneys.

Although the vast scope of his photos are effortless in their variety, they are all clearly identifiable as Albert Watson photographs by virtue of their power and his virtuosity of technique. Whatever he points his lens at, be it a domina in Las Vegas or Tutankhamun’s socks, Albert Watson turns out breath-taking photographs. It is this uncompromising quest for perfection that makes Albert Watson one of the most popular photographers in the world.

Born and raised in Scotland, Albert Watson studied at the Royal College of Art in London before moving to the United States in 1970. He lives and works in New York.
www.nrw-forum.de