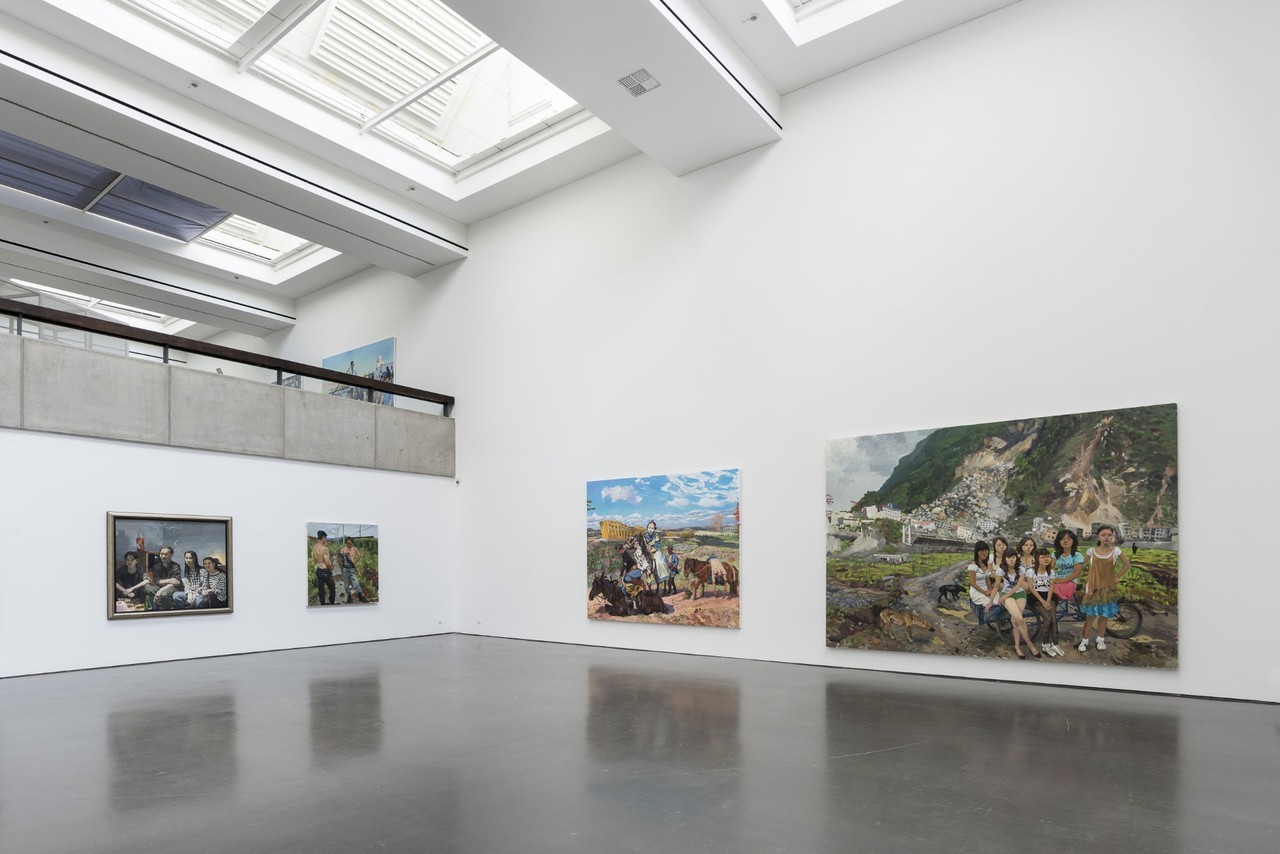 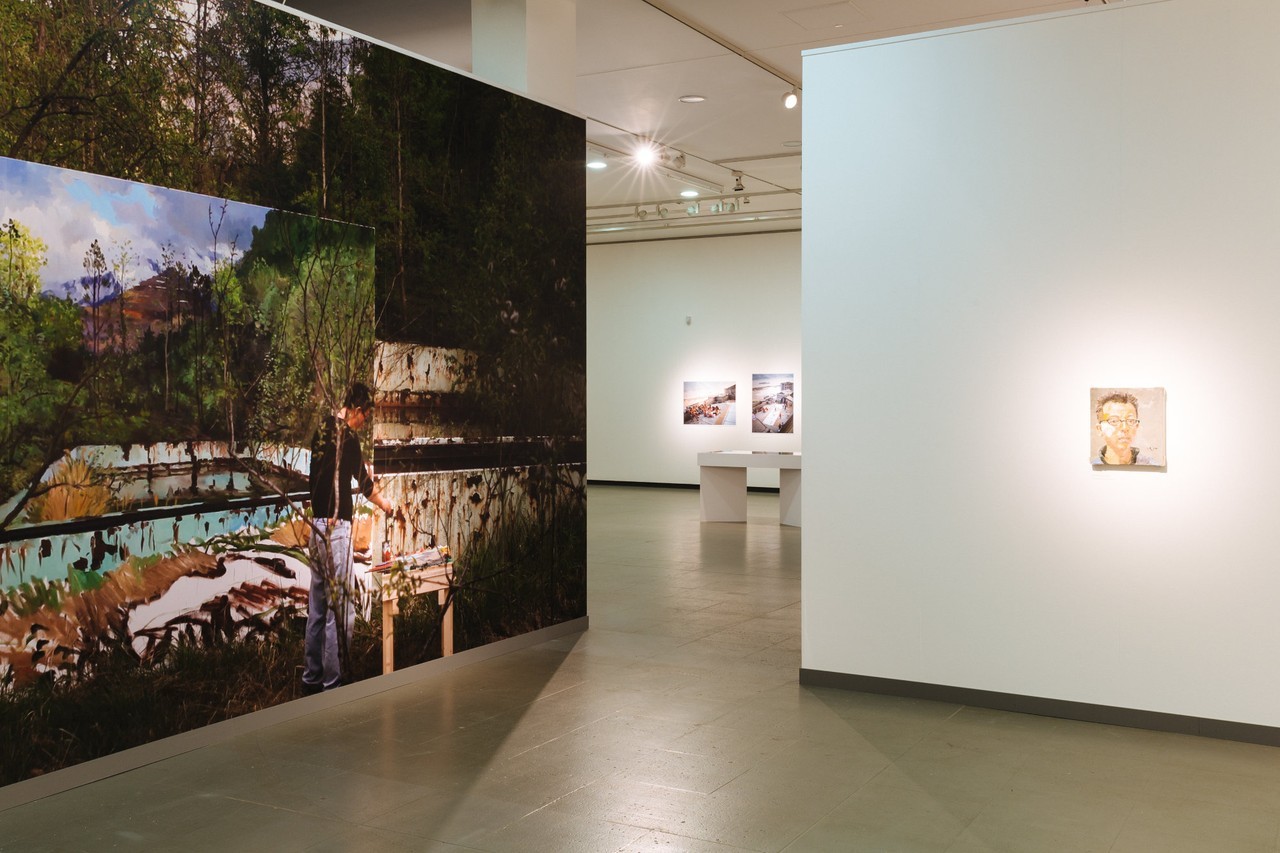 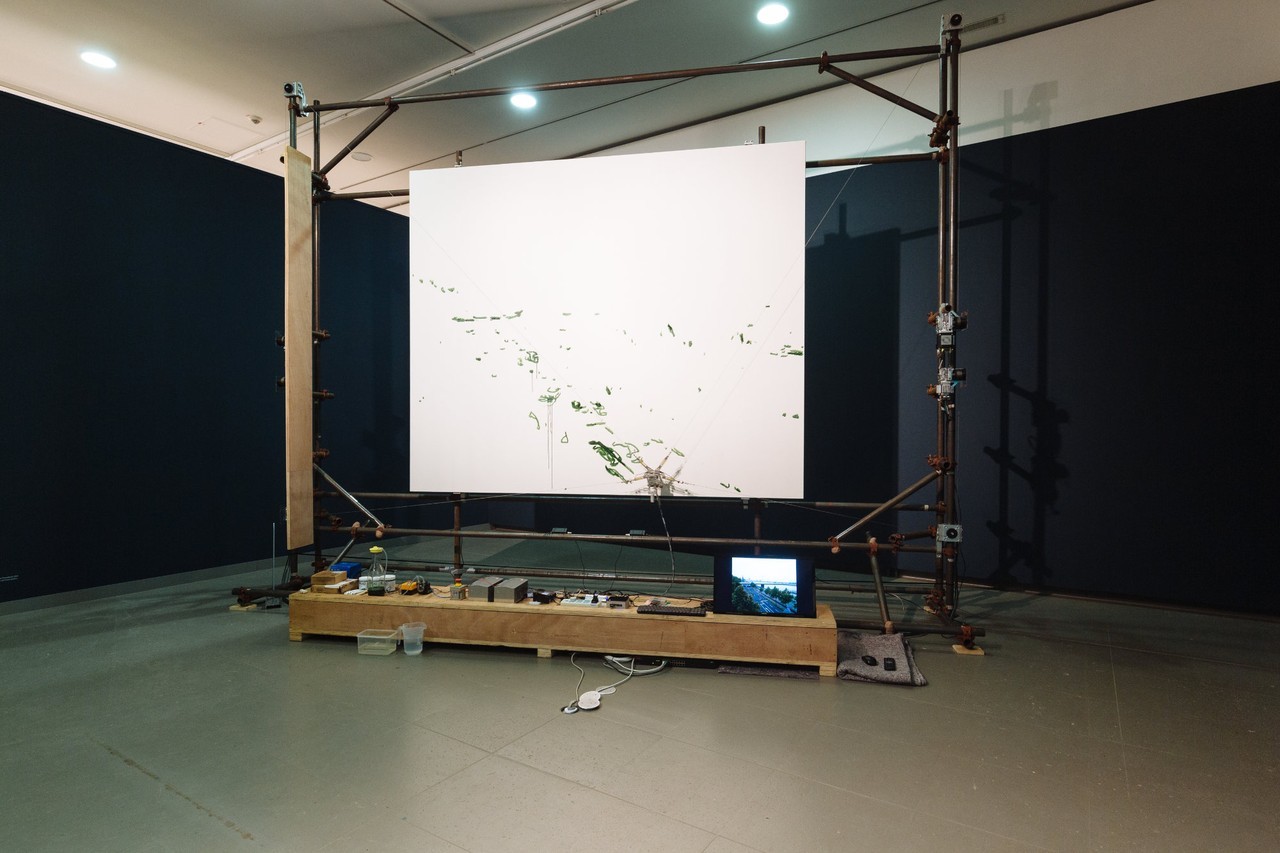 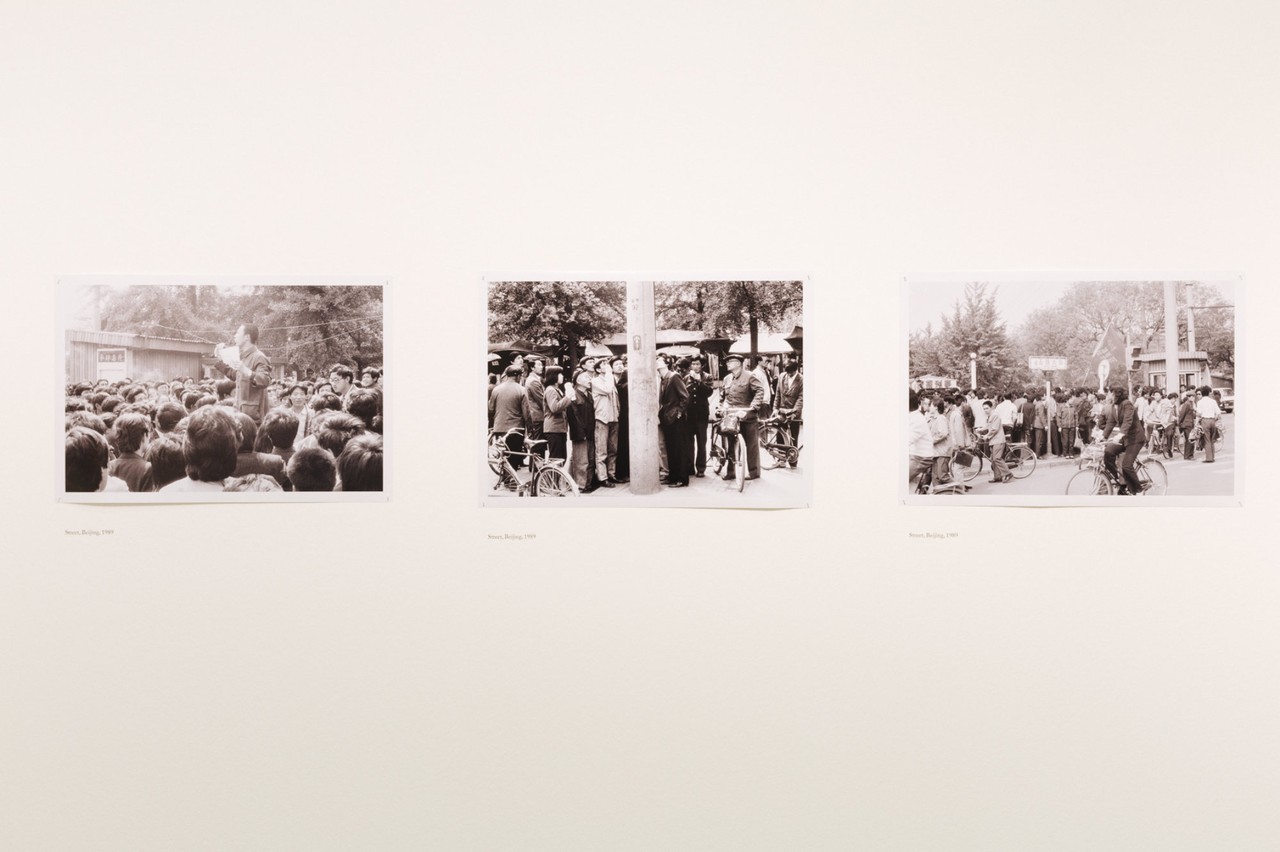 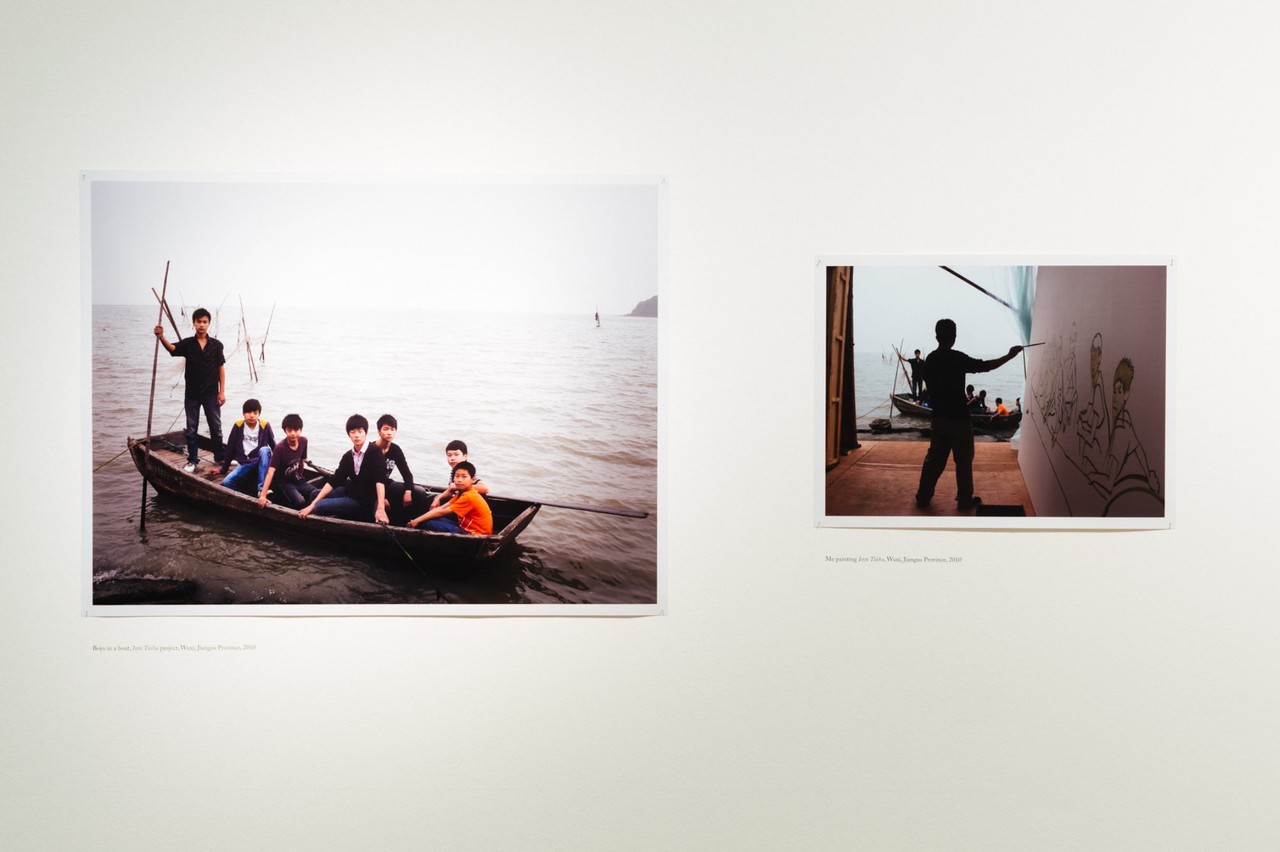 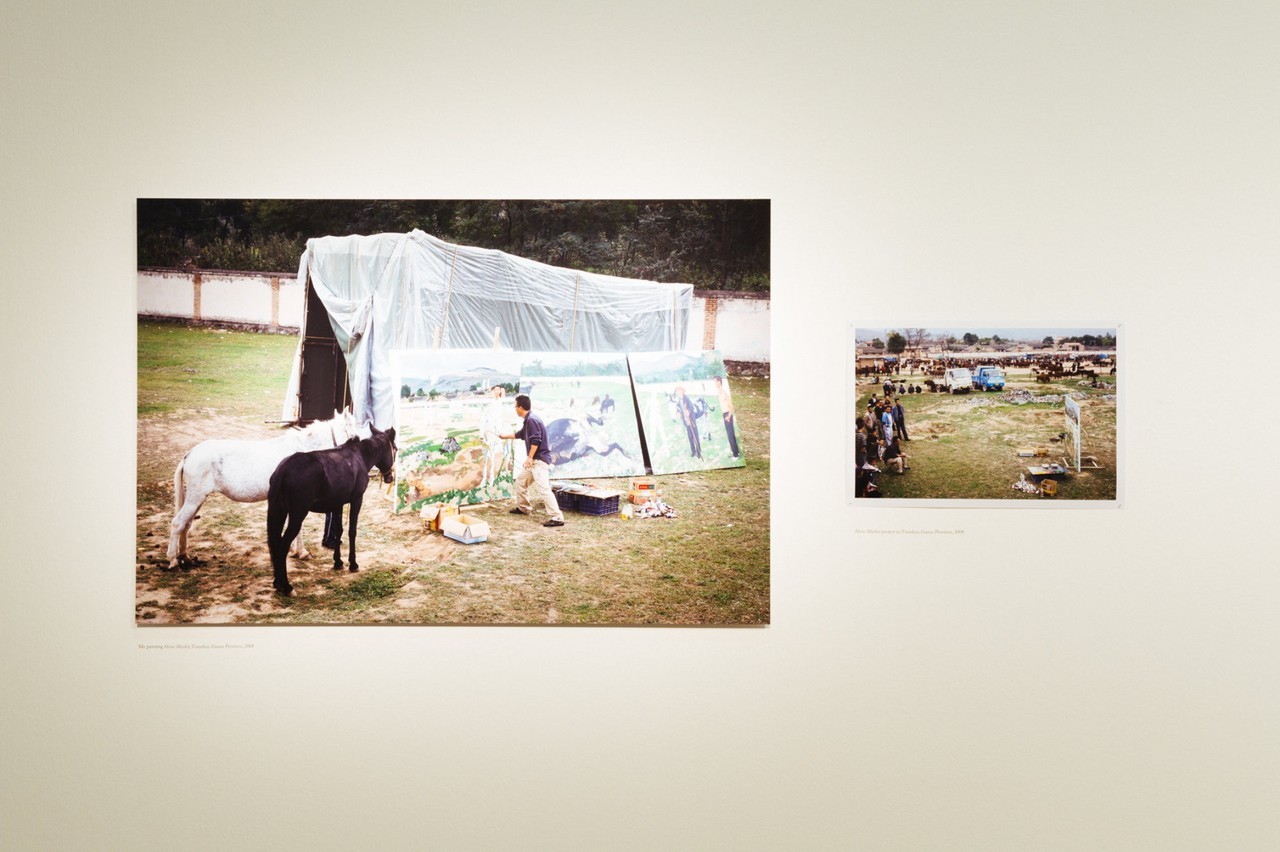 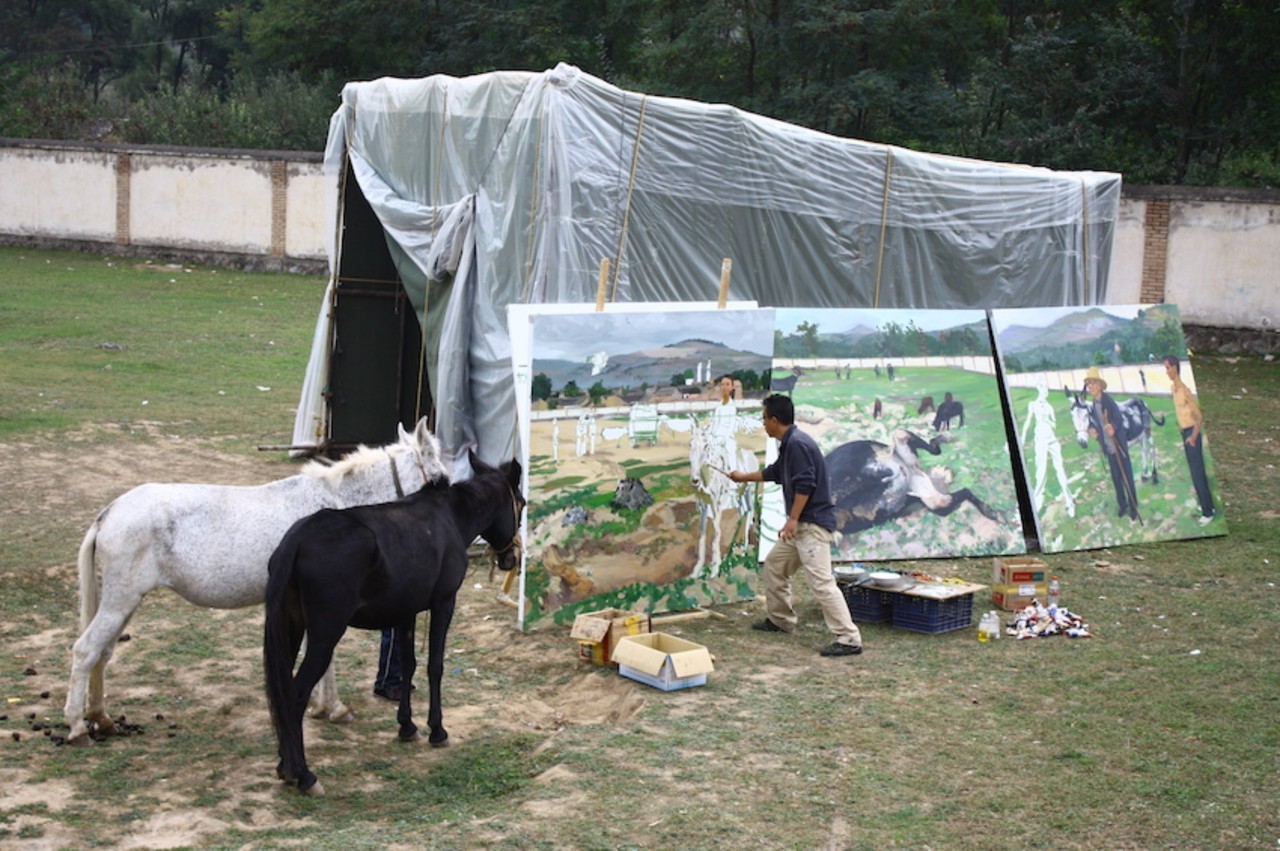 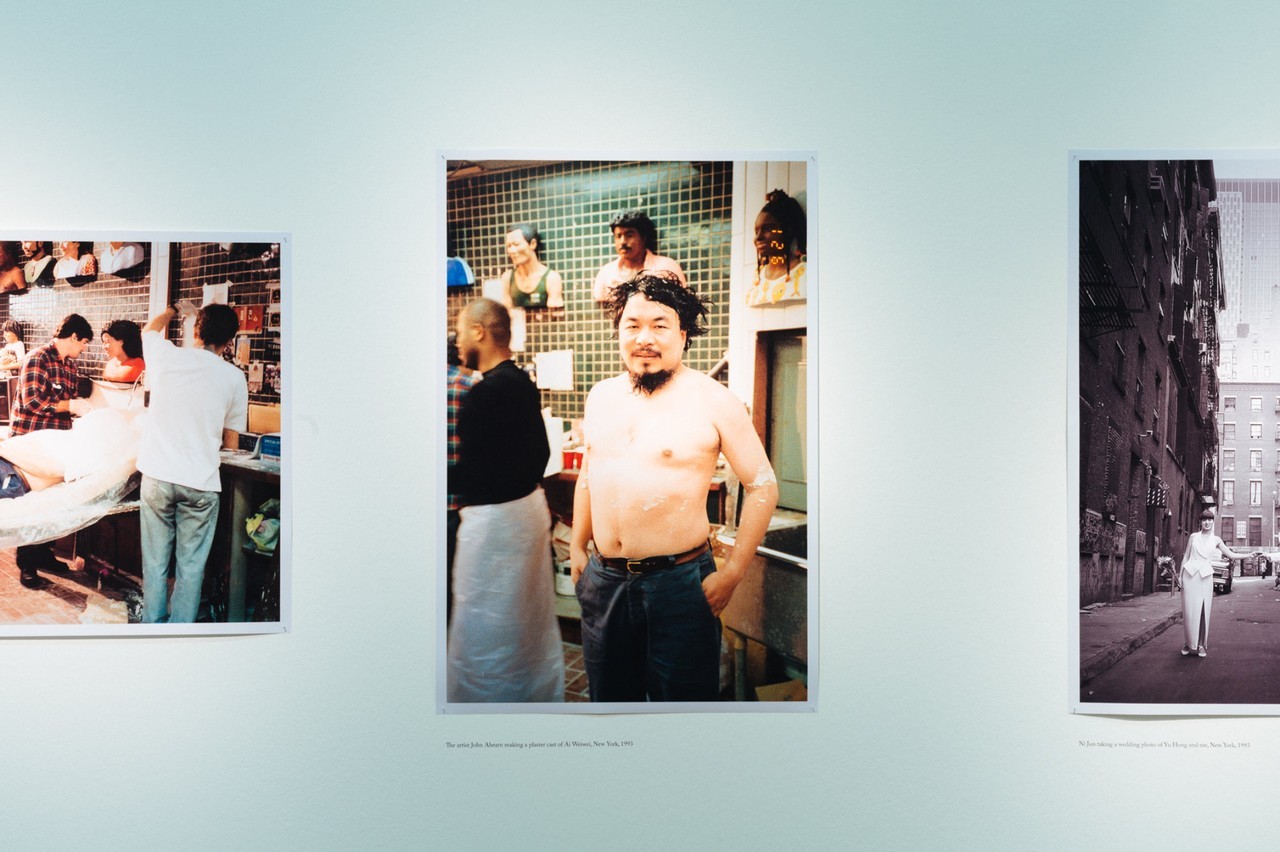 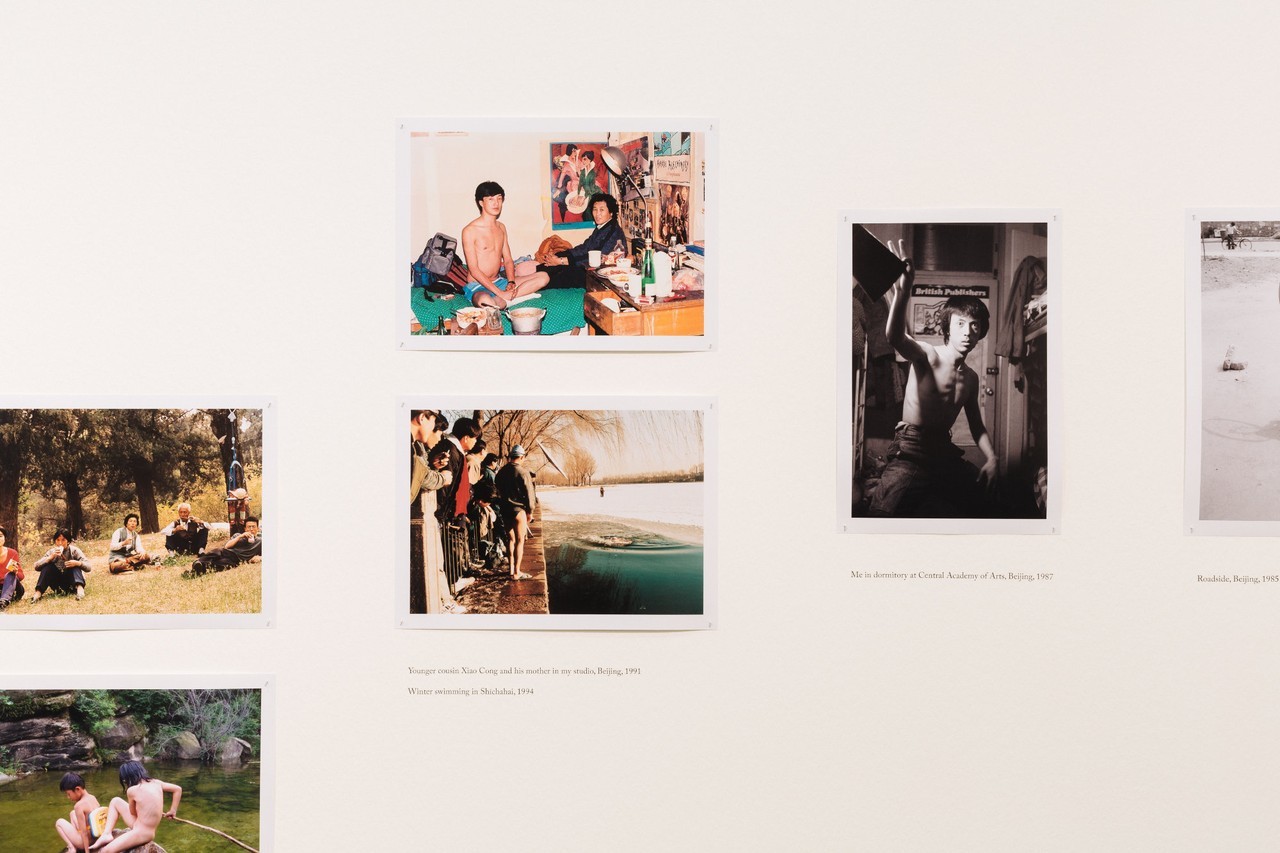 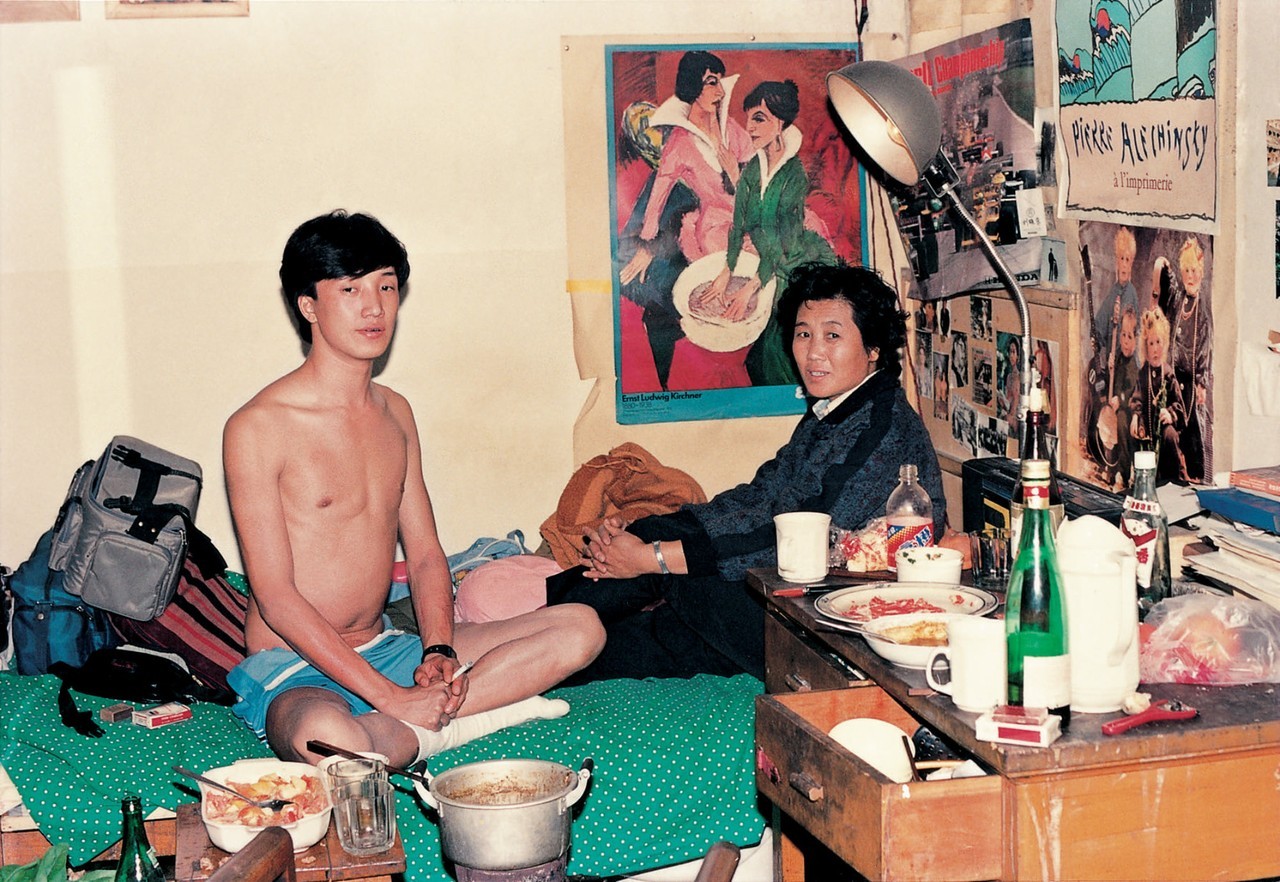 Liu Xiaodong, Younger cousin Xiao Cong and his mother in my studio, Beijing, 1991© Liu Xiaodong
A joint exhibition by the Kunsthalle Düsseldorf and NRW Forum Düsseldorf

The Chinese artist Liu Xiaodong has long been a superstar in Asia and belongs to the legendary generation of artists who peacefully demonstrated at Tiananmen Square, brushed up against the system and caused a worldwide sensation years later. Langsame Heimkehr (Slow Homecoming), a joint exhibition by Kunsthalle Düsseldorf and NRW Forum Düsseldorf, is the world's first comprehensive retrospective dedicated to the exceptional Chinese artist and will run from 9th June to 19th August 2018.

Curated by Heinz-Norbert Jocks, the double exhibition Langsame Heimkehr (Slow Homecoming) is a world premiere and the first exhibition dedicated to the enormous complexity of Liu Xiaodong's oeuvre. On display are works from 1983 to 2018, around 60 paintings, sketches, photographs, overpainted photographs, a digital painting machine, diary notes, and the internationally acclaimed black-and-white avant-garde film "The Days" (1993) by director Wang Xiaoshuai.

The Kunsthalle Düsseldorf will offer an overview of Xiaodong’s painting, supplemented by the film, which will be shown on 4 and 18 June 2018 at 7 p.m. at the Black Box in Düsseldorf. The NRW Forum focuses on the photographic works as well as Liu Xiaodong's digital exploration of painting and also presents the digital painting machine that XIaodong developed with scientists. In the exhibition space, pictures taken with a camera installed on the roof of the NRW-Forum are transferred by the painting machine to a canvas in real time. The slowness with which the digital image transforms into an analogue one creates the disconcerting impression that the painter is guiding the brush across the canvas by remote control.

Langsame Heimkehr (Slow Homecoming) approaches the extraordinary complexity of Liu Xiaodong's work not only by dividing works between the two exhibition venues, but also through a thematic division into four chapters. The starting point is Jincheng (Liaoing Province), where Liu Xiaodong was born in 1963 and grew up. The second chapter deals with traveling within China, the third with being away from home, and the last chapter with returning home to Beijing.

Liu Xiaodong belongs to the circle of contemporary artists who caused a worldwide sensation, and was most recently shown at the Guggenheim Museum in New York. As a painter fighting against the absolutism of collective thinking, he is committed to the diversity of cultures and the diversity of subjectivity. In his works, he deals with the condition of human existence and addresses global issues such as population displacement, environmental crises, and economic upheaval. For years he has sensitively dealt with minorities both in and outside of China as well as subtly and critically dealt with the rapid changes in Chinese society. For the double exhibition, Liu Xiaodong specially created the project "Transgender / Gay" in Berlin, which portrays Sasha Maria van Halbach, who is transgender, and the gay Chinese artist Isaac Chong. Parallel to the paintings, which use immediate on-the-spot impressions, the artist has also conceived a film that addresses the reciprocal relationship between the artist and his models.

The extraordinary thing about Liu Xiadong's artistic practice is that he usually does not paint from photos or memory, but, like Cézanne, in front of the subject. He is concerned with physical and psychological self-confrontation with the outside world and their translation into unique interior images parallel to reality, which testify to his deep empathy and sensitivity. He encounters the other and otherness with the greatest possible openness. With an obsessive desire to depict the world around him in accordance with his "organic-organising fantasy" (Peter Handke), he prefers to rely on his own perception, his own experience, and his own self-awareness more than on media images because of his experiences in China and elsewhere.