The decades of the jet set 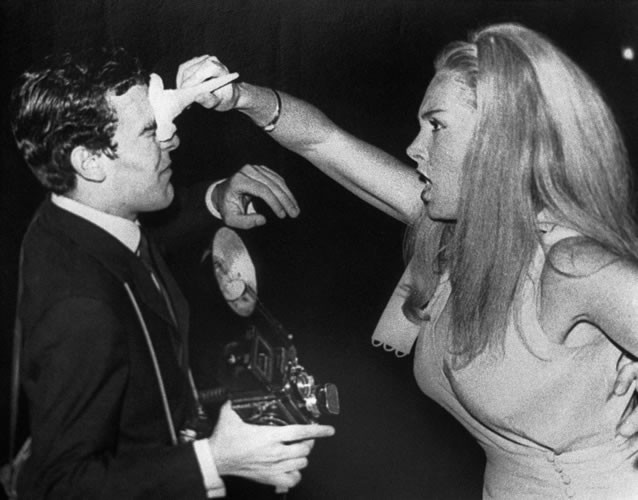 It is as if a new era has dawned, a ‘revolution of the young’ has begun: new faces, incredible music, unusual beauties, a change of fashion, style, and taste, another way of life. Everyone wants to be a part of it and everyone and everything is mingling together: la dolce vita and subculture, glamour and art and intellectual currents. The protagonists of money and power surround themselves with the protagonists of the arts: aristocracy, politics, business, painting, music, film, fashion, dance, theatre, and performance.

Legendary images of the 60s and 70s will be brought together in the ‘Zeitgeist & Glamour’ exhibition at the NRW-Forum in Düsseldorf; the most spectacular photographs of an exciting era: the icons of an age, superstars and celebrities, and unmistakeable milieux. There are both masterful photographs of the highest aesthetic order, ground-breaking in their finesse, and cheerful snapshots of a hidden world. Images of a culture celebrating itself in the midst of fame and glamour, wallowing in the pleasure of a beautiful moment. The pictures embody the spirit of the hour, the attitude of an entire generation. Public and private alike are captured, as are faces and atmospheres, the extravagant and the usual, glamour and its complement: melancholy and forlornness.

THESE PHOTOGRAPHS ARE SIMULTANEOUSLY A RECORD AND IN THEMSELVES AN INTEGRAL PART OF THE ZEITGEIST OF THE ERA.

They capture the visions, ideas, and dreams of an age that has passed, that exercises a magnetic pull on the modern-day beholder. For the young, Jackie Kennedy, Mick Jagger, Maria Callas, Truman Capote and their ilk are cult figures. Our own youth seems to reawaken in these names that represent an entire era. We recognize and remember: Swinging London, Warhol’s Factory, Studio 54, Blow up, Pop Art, sex, drugs and rock‘n’roll, stories, episodes, and scandals.

One special aspect of the collection is that it includes pictures from different genres and with different intentions. Works of art of the highest aesthetic standards and press photographs are exhibited side by side. This impartial combination leads to astonishing discoveries and re-evaluations. On the one hand there are the famous photographers of the twentieth century, who created a new style of photography, developed new techniques and forms of presentation, who addressed the major issues of the day in their work and shaped the visual culture of the era with their pictures. On the other, there are the paparazzi, ‘a new breed of photographer’, who took pictures of famous personalities in their private lives (Gisèle Freund). With controversial contempt, the ‘dedicated photographers’ of Italy were referred to as ‘man hunters with cameras’ because they supplied the gutter press with sensational stories and scandals.

The exhibition offers a kaleidoscope of life forms from the 60s and 70s that centres on the ‘stages’ of the major cities of the Western world. They lead to the centres of the jet set: the Côte d’Azur, St. Moritz, Paris, London, Rome, and New York. Today, many of the subjects are household names; back then, they were young playboys, creative minds, visionaries: Gunther Sachs, Brigitte Bardot, Andy Warhol, Truman Capote, or the young Karl Lagerfeld. The photographers who made a name for themselves in the 60s and 70s are well-known to us today: Richard Avedon, David Bailey, William Klein, Jeanloup Sieff, Francesco Scavullo, Robert Mapplethorpe, Lord Snowdon, or Andy Warhol. And of course renowned paparazzi such as Ron Galella or Edward Quinn (or ‘mamarazzi’ such as Marianne Sayn-Wittgenstein-Sayn).

These photographs are all part of the Nicola Erni Collection, Switzerland; collected by the Swiss collector Nicola Erni and curated by Ira Stehmann. This exhibition will include 400 of the collection’s most fascinating photos, which have never before been exhibited in public. It is a journey back in time to the ‘Swinging Years’ of the twentieth century.

The exhibition coincides with the publication by Prestel Verlag of the book Zeitgeist und Glamour. Audio guides in the NRW-Forum, which visitors can listen to on their mobile phones, will provide an acoustic backdrop to the exhibition featuring original quotes and sounds.

PHOTOGRAPHERS FEATURED IN THE EXHIBITION: