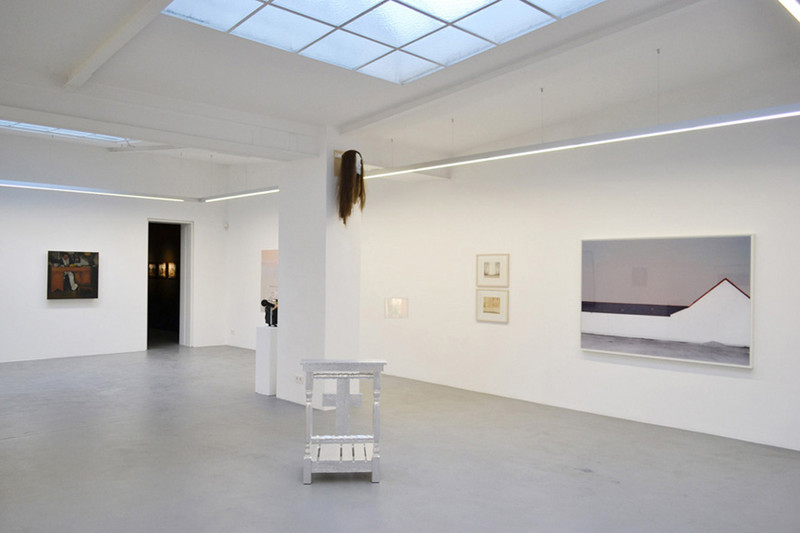 In the exhibition "The Uncanny", Nusser & Baumgart presents international works that have taken on the phenomena the uncanny and unfathomable as their content. The uncanny awakens feelings of insecurity and yet fascinates us at the same time - not least because we all carry it within us.

For Sigmund Freud, the uncanny is something that is familiar and, at the same time, unfamiliar. According to the psychologist, we generally perceive a situation to be uncanny when something, which is seemingly unfamiliar, proves to be something that is actually familiar but repressed. With the dawning of the modern era and urban modernization, the uncanny not only found its way into psychology, but also into literature, philosophy and art. In this context, Charles Baudelaire and Walter Benjamin, for example, describe the flâneur who meanders through the modern city, i.e. a contemporary, self-determined, rational individual, as a being who experiences such a moment of defamiliarization as existential fear. This has remained the same, up to the present day: globalization, mobilization and virtualization impel the individual to drift further along, and to fear encounters with the unfamiliar-familiar.
Something that is perhaps even more applicable to the situation today than at any other time. Is there a reason for this?

Classification into categories is merely an expression of fear of the unknown. In this vein, terms like post-capitalism, post-history, post-modern and post-humanism are all attempts at providing a name for the reality in which we operate, and at describing its diffuse perception as concretely as possible. This endeavour seems today to be more and more difficult, and propels that which is “outside” to be progressively more in the limelight. Presently, an all-encompassing erosion of fundamental values and paradigms can be discerned; and although indications thereof can be found in the past, they allude to that which is taking place here and now as an “afterwards”. At the same time, the restless eye is directed towards an uncertain future. A consciously experienced present and secure presence, once trusted constants, seem to be increasingly vanishing into thin air: they are becoming uncanny, as their former constructedness and inconvertibility suddenly become clear to us.

Fear and insecurity are two of the basic human constants. However, they irritate and alienate even more strongly the more we attempt to navigate our way through a thoroughly rationalized world. The counterpart to the insecurity, in the face of the unexplainable and the uncanny, is the fascination that it attracts. Artists of all eras have dealt with the allure of the uncanny and unfathomable, as especially exemplified in the works of Titian, Goya and Giacometti, through to Barnett Newman and Bruce Nauman. In their dealings with the fascinating uncanny, these artists make use of, moreover, a very uncanny particularity of art: Why then, if not for the reason that art is accompanied by a non-voidable ‘rest’? (...) Between the figurative order of the image and the discursive order of language, there is a certain leeway that cannot be filled with anything. (...) When it comes to art, we are not dealing with a 'shadow realm’ that could easily be juxtaposed with the real world of the living. Art unbalances the juxtaposition of these two worlds, writes Sarah Kofmann. If art thus unsettles the mind per se, this state is consequently intensified, when art - as presented in the works in the exhibition The uncanny - chooses the uncanny as its subject.

The exhibition was inspired by an article by Alexander Pühringer ("Die Dinge, die wir nicht verstehen", in: Frame, Nov/Dec 2005)
www.nusserbaumgart.com