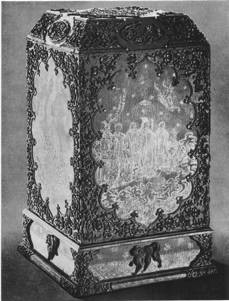 The exhibition title refers to John Searle's symbol processing machine model (1980): the Chinese box, or Chinese room. Searle's argument addresses the distinction between processing information and understanding, emphasizing that highly intuitive or nuanced ideas cannot be communicated through a fixed system. Rather than functioning as a key or umbrella for the works in the show, the title sits alongside the artworks as another point of information to be considered with the works.
It can also be read as relating to the gallery and the situation it sets up between the viewer/visitor and the object of contemplation. The title also refers to the ornamental boxes whose form supersedes any contents the box might hold.
www.overduinandco.com