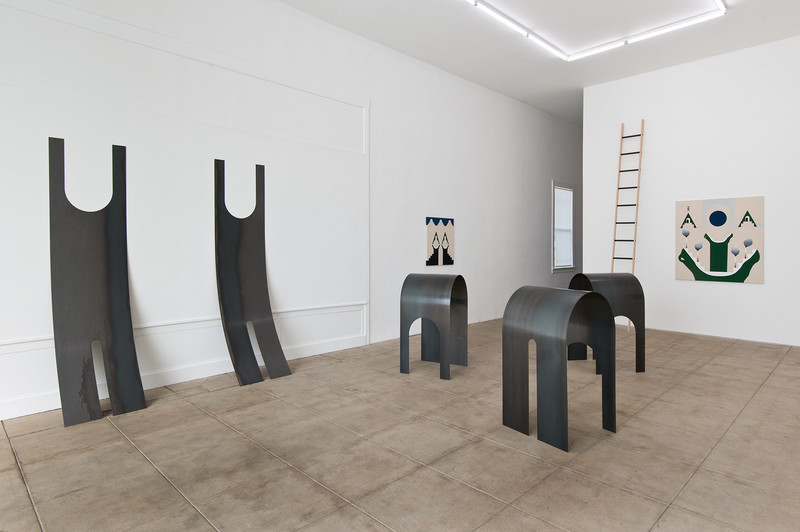 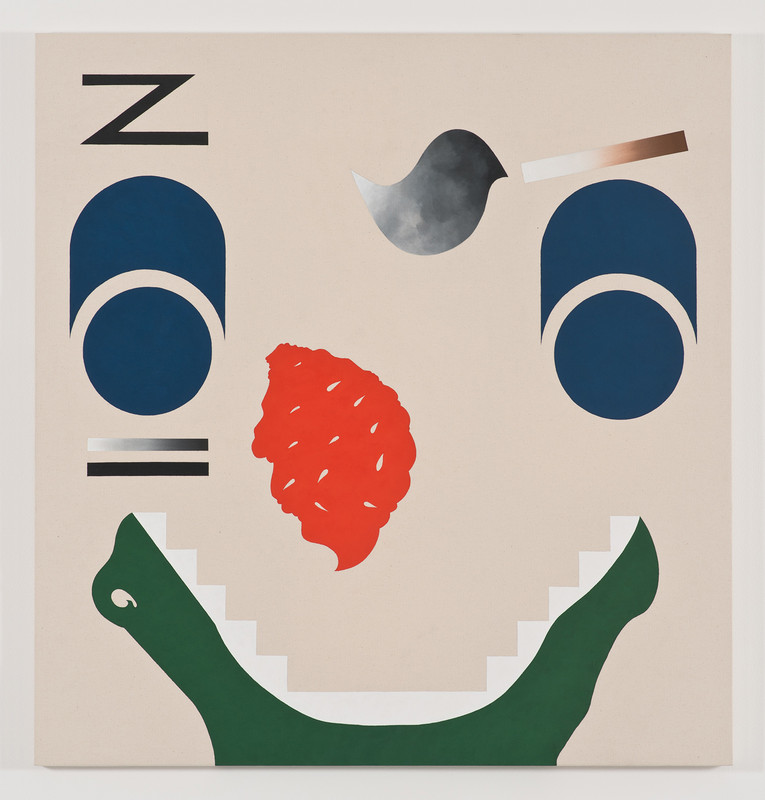 Overduin & Co. is pleased to present “Lies Inside,” an exhibition by Los Angeles based artist Math Bass. This will be the artist’s first solo exhibition in Los Angeles. Bass’s practice encompasses sculpture and painting, as well as performance and video. This exhibition will feature Bass’s recent paintings and sculptures. A performance will take place at the gallery on Saturday, April 19th at 3pm.

Bass’s new paintings titled “Newz!” employ a language of shapes and characters drawn from the stylized abstraction of sign painting. This lexicon of forms acts as a legend of sorts for actions and movements found in Bass’s performances. Painted on raw canvas, the range of composed symbols addresses image production and consumption through a language that may suggest the viewer can “read” the painting. Bass combines immediately recognizable symbols such as fire, smoke, alligators, matchsticks, letters and abstracted symbols into shifting compositions. In some instances these elements are arranged to take on the form of a face or refer to the schematics of a stage set with architectural fragments such as arches and steps that guide or move bodies through space.

The lexicon of imagery used in the paintings becomes a theatre of signs continually shifting and repeating. This series points back to Bass’s interest in language and poetics, which directly informs the performances. This idiosyncratic visual language finds three-dimensional form in a range of sculptures. Wooden ladders flank the paintings emphasizing a shoots and ladders system of circulation found in their compositions. The ladder’s function is subverted and it is left to act as an illustration of a potential action. Another group of sculptures consists of bent and rolled steel molded into steps, arches, and signboards. Their reduced forms reference both the history of Minimalism and the architectural devices that function as support and shelter for the body. The sculptures address a reciprocal relationship between the body and designed objects and address how form and scale can inscribe or dictate actions upon the body.

Bass has also directly addressed the architecture of the gallery, almost seamlessly inserting a set of ornamental white arches into the space, echoing the images of arches in the paintings and sculptures, and giving the appearance that the physical space of the gallery has shifted subtly to mirror the work. The arches are pierced by a set of bright yellow gates that operate as both a barrier and a frame or screen through which to view the exhibition. These works recall the ubiquitous gates of the city’s strip malls and reference the gates of Bass’s storefront studio.