Burning, Bright: A Short History of the Light Bulb 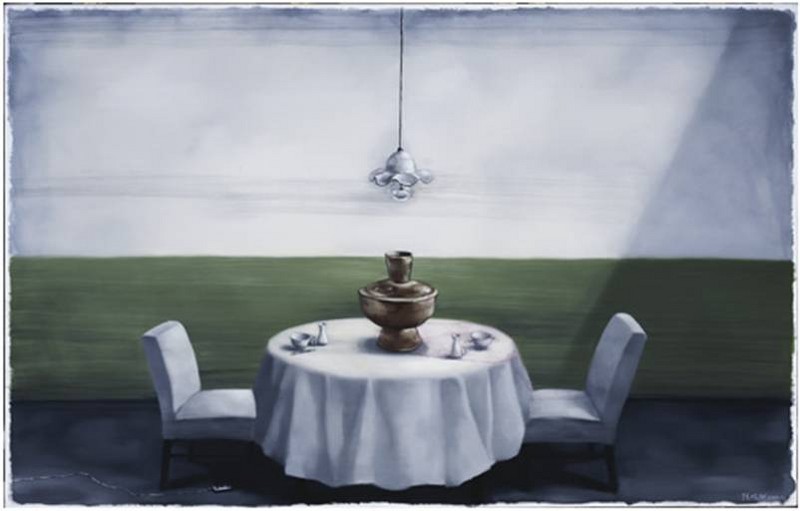 The Pace Gallery is pleased to present Burning, Bright: A Short History of the Light Bulb, a group exhibition focusing on the incandescent light bulb as both subject and material in the art of the past century. Burning, Bright, which is organized by Pace London, will be on view at 545 West 22nd Street, New York, from October 28 through November 26, 2011. The public is invited to attend an opening on Thursday, October 27, from 6 to 8 p.m.

The exhibition illuminates a recurring fascination with the light bulb by some of the most important artists of the past hundred years. The show will feature work by Arman, Francis Bacon, Joseph Beuys, Alexander Calder, Pier Paolo Calzolari, Brian Clarke, Jim Dine, Adrian Ghenie, Felix Gonzalez-Torres, Loris Gréaud, Philip Guston, David Hammons, Jasper Johns, Matt Johnson, Ilya and Emilia Kabakov, Lee Ufan, Roy Lichtenstein, Man Ray, Robert Morris, Tim Noble and Sue Webster, Claes Oldenburg and Coosje van Bruggen, Pablo Picasso, Robert Rauschenberg, Ugo Rondinone, James Rosenquist, Jeanne Silverthorne, Keith Sonnier, Hiroshi Sugimoto, Robert Whitman, and Zhang Xiaogang.
In 1880 Thomas Edison perfected the electric, incandescent light bulb, revolutionizing the way that people lived around the world. After centuries of relying on the flickering light of lamps or candles, artists had a true alternative light source by which to work, day or night. During the years that followed, artists progressed from using the light bulb for its function to addressing it as a subject. The light bulb, with all its modern implications, replaced the vanitas candle, rays from heaven, and countless other traditional sources of illumination, both literal and metaphorical. From the center of Picasso’s Guernica and related works to the naked bulbs dangling in Bacon’s iconic paintings and Man Ray’s black and white photographic explorations, the light bulb took its place in the pantheon of modern icons as a conflicted symbol of technology, clarity, divinity, and progress.

In the second half of the 20th century, artists again expanded the role of light bulbs, transforming the bulb from subject matter to medium. Integrated into early Pop combines by Dine and Rauschenberg or used alongside other everyday materials by the Arte Povera group, light bulbs became a source of physical as well as existential illumination. Many works included the concept of the material’s lifespan: Gonzalez-Torres’s elegant strings of light bulbs are allowed to burn out during exhibitions and Morris’s Metered Bulb displays a working light bulb alongside an electric company meter that monotonously records its energy expenditure. In the work of Tim Noble and Sue Webster, flashing bulbs reference the lights of signage and advertising, but spell out icons of pop culture instead of a product.

By turns whimsical – Calder’s Cat Lamp or Oldenburg and van Bruggen’s soft sculpture Broken Bulb – and contemplative – Johns’s solid bronze Light Bulb or Lee Ufan’s quiet installations – the commonplace object assumes additional meaning in the hands of the artist. Today, as governments and regulators around the world move to phase out the incandescent light bulb in favor of more ecologically efficient solutions, Burning, Bright will document and celebrate the partnership between the light bulb and the artists who distilled their own discoveries from the simplicity of its form and the revolutionary power of its function.
www.thepacegallery.com