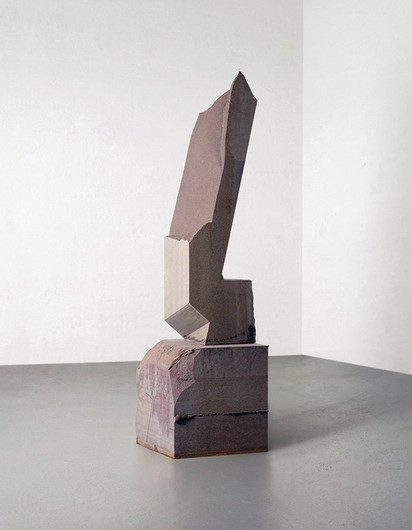 New York— Pace Gallery in collaboration with The Isamu Noguchi Foundation and Garden Museum is pleased to present Isamu Noguchi: Variations, an exhibition spanning two galleries that highlights the breadth of the artist’s work across materials and disciplines. On view at 508 and 510 West 25th Street from February 20 to March 21, 2015, this is Noguchi’s first solo exhibition in Manhattan since 2004.

Following the exhibition, Pace will publish a catalogue featuring installation views and a new essay by art critic John Yau.

Isamu Noguchi’s work over his seven-decade practice varied from stone and plywood sculpture to furniture and paper lanterns. He approached all of his work through a sculptural lens, believing sculpture to be relevant to the principles of design and public space. This conviction governed the boundary-pushing and biomorphic forms that appear in his work from sculpture to chess sets to commissioned parks.

Variations highlights the role collaboration played in Noguchi’s expansive practice. Works such as Octetra, a painted cement sculpture, display a lyrical, hard-edged geometry that reveal the influence Noguchi’s friendship with Buckminster Fuller had on his practice. In addition to working for Knoll and Herman Miller, Noguchi also designed sets for choreographers and enjoyed a particularly fruitful relationship with Martha Graham over many decades. The gallery at 510 West 25th Street will exhibit a selection of Noguchi’s set pieces in a constructed theatrical environment, providing a sense of the context in which these works were originally seen.

Working in Brancusi’s Paris studio in the late 1920s was a profoundly influential experience for Noguchi. A selection of his Paris Abstraction gouaches made at that time demonstrate his early understanding of space and form that can be reflected in his sleek and roughhewn stone works, biomorphic plywood sculptures and iconic pieces such as his glass and wood coffee table. His definition of sculpture hinged on the idea that to sculpt was to order space, a belief that meant all sculpture should engage its environment. “To order space is to give it meaning,” he said.

Isamu Noguchi (b. 1904, Los Angeles, CA; d. 1988, New York, NY) was one of the most significant and acclaimed sculptors of the twentieth century. Informed by both his time working in Brancusi’s Paris studio in the late 1920s and travels between the United States and Japan, Noguchi pursued a holistic approach to his sculpture, design, and public works that spanned a range of influences and impacted the development of twentieth-century art. He was the recipient of many awards and honorary degrees throughout his life including the National Medal of the Arts in 1987. In 1985, he opened the Isamu Noguchi Garden Museum in Long Island City, which is now operated by the Isamu Noguchi Foundation. During his life, he participated in important group exhibition including Fourteen Americans, The Museum of Modern Art, New York (1946); four editions of the Carnegie International (1958, 1961, 1964, 1967); Documenta (1959, 1964); and numerous editions of the Whitney Annual (1939, 1945, 1950, 1952, 1956, 1960). He represented the United States at the 1986 Venice Biennale.

Pace has represented Noguchi since 1975. This is his ninth exhibition at Pace.
www.thepacegallery.com