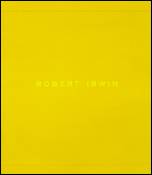 
Continuing the line of inquiry begun in the 1960’s and more recently with the central garden at the Getty and the DIA Beacon project and currently in line with his 1999 DIA installation; Homage to the Square3, Irwin has identified a landmark of mid-century abstraction, in this case the seminal 1966 Barnett Newman Who’s Afraid of Red Yellow and Blue, as the touch point for his new installation. Both Josef Albers, who served as the touch point for the DIA work and Newman, sought to create paintings free of subject matter, even “abstract” ones, in favor of a radically reduced composition, which generated a perceptual phenomenon, which was experienced by the viewer, rather than an image observed by the viewer. Irwin, who has pioneered the application of these principles in his installations since the late 1960’s, has cited the titles of these paintings and “cubed” them, denoting the effort to focus these investigations from the two dimensional canvas, into our three-dimensional space and ultimately into 4-dimensional space-time, as the viewer enters the installation and experiences it through time.


In the work at DIA, Irwin used scrim, colored and natural light, to immerse the visitor in the perceptual phenomenon of a non hierarchical experience where the viewer could enter at any given point and move in any direction with no pre determined beginning middle or end with multiple choices at every intersection to be determined intuitively by the viewer. In the current work, Irwin employs Red, Yellow and Blue panels of honey comb aluminum, each suspended from the ceiling and laid directly beneath on the floor in the gallery, to suspend the viewer in a realtime - space experience.


Who’s Afraid of Red, Yellow and Blue3 will also be installed as part of Robert Irwin’s larger exhibition organized by the Museum of Contemporary Art in San Diego, California, from October 14, 2007 to January 20, 2008. For more information please visit www.mcasd.org.


Robert Irwin has been one of American’s pivotal artists for more than 45 years. Irwin began his career as an Abstract Expressionist; however, by the late 1960s he had moved away from painting to become one of the founders of the West Coast Light and Space Movement, using ephemeral materials such as scrim, lighting and orientation to alter and heighten the viewers’ perception of the space in which they encountered his work. Since the early 80s Irwin has won an international reputation for his “site-generated” works in public spaces, which often make intimate use of site conditions, architecture, natural elements, plantings and topographic features. Irwin is responsible for the lush transformation of the Central Gardens at the J. Paul Getty Center, Los Angeles, and the architectural design and grounds for DIA Art Foundation's museum, DIA: Beacon in Beacon, New York.


Robert Irwin (b. 1928 in Long Beach, California) spent his youth in Los Angeles, and received his art education at L.A.’s Art Institutes: Otis (1948-50), Jepson (1951), and Chouinard (1952-1954). He later went on to teach at Chouinard from 1957-58 and then at The University of California, Los Angeles, in 1962. Six years later, he developed the graduate program at the University of California, Irvine, working with a number of now successful artists such as Ed Ruscha, Larry Bell, Vija Celmins, Alexis Smith and Chris Burden, among others. He continued to teach, but exclusively in response to invitations to lecture or participate in symposia and seminars with students and professionals. Irwin has since visited the art, architecture, philosophy, and perpetual psychology departments of over 150 universities and art institutes in 46 states.

Robert Irwin was awarded a John Simon Guggenheim Fellowship from 1976-77 and a National Endowment for the Arts: Artist Grant in 1978, and was the first artist to receive the John D. and Catherine T. MacArthur Fellowship (“Genius”) Award from 1984-89. He has been awarded Honorary Doctorates in Art from the San Francisco Art Institute (1979) and Otis-Parson's Art Institute, CA (1992). Irwin has also been the John J. Hill professor at the University of Minnesota (1981); J. Paul Getty lecturer at the University of Southern California (1986); Cullinan professor at Rice University (1987-88); Andrew Ritchie lecturer at Yale University (1988); Yaseen lecturer at The Metropolitan Museum of Art, New York (1990); and Kiley lecturer at Harvard University (2001).

For more information on Robert Irwin and his installation Who’s Afraid of Red, Yellow and Blue3 please contact Jennifer Benz Joy, Public Relations Associate, at 212.421.8987 or via email at jjoy@pacewildenstein.com