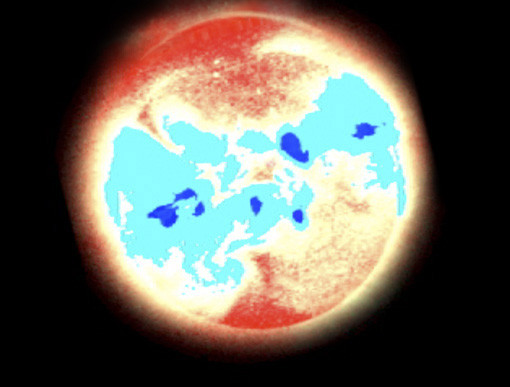 For the first time PaceWildenstein has installed a project on the roof of 22nd Street that can be seen from the streets of Chelsea and from as far away as the West Side Highway. Robert Whitman’s newest project entitled SUN, 2007 uses a movie generated by the YOHKOH satellite (Japanese for sunbeam), a project that was developed by the Institute for Space and Astronautical Sciences, to obtain images of the Sun in wavelengths not accessible from Earth. He then modified the rotation, speed and color of the star. The final result is a monumental artistic interpretation of the Sun projected onto manipulated fabric. Robert Whitman’s SUN screens
www.thepacegallery.com