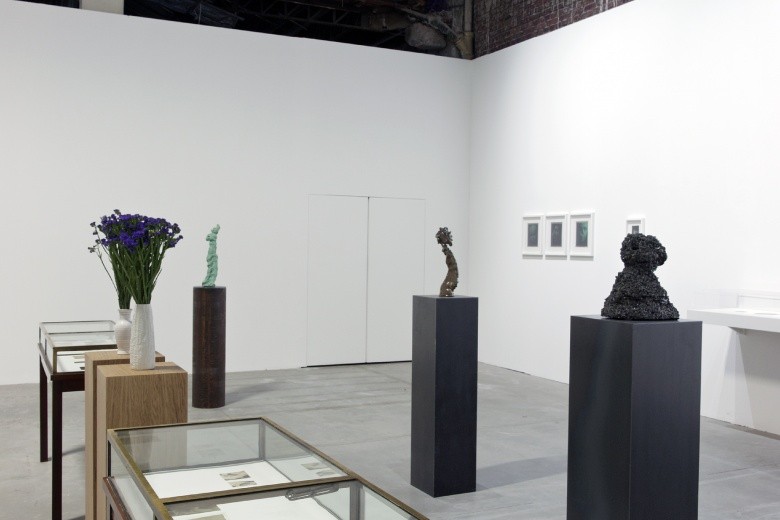 Antigrazioso is an exhibition conceived as a scenario where artworks and non-art objects play different narratives.

A visual composition of elements from different discursive fields presented as a single, expanded, image.

The exhibition is conceived as a curatorial composition that interweaves different narratives, artworks and non-art objects into a coherent whole. It seeks to be a single image composed of various compatible and incompatible elements. The spectator is asked to look at them individually, while also mentally rearranging them into new relationships. Installed in a single room, the display is presented as a real scenario, which the audience can grasp in its entirety when standing in front of it.

The photographs of Medardo Rosso, one of the most influential figures in the history of modern sculpture, constitute the heart of the display. To this day, Rosso’s photographic practice has been overshadowed by his sculptural output, even though his prints offer a unique insight on the relationship between sculpture and photography, as well as on the history of the photographic medium itself.

Although unintended, some of Rosso’s photographs show an affinity with spiritualist photography. Hence, a selection of these prints is displayed alongside a series of images that document the investigation of psychic phenomena. To add an other layer of understanding, the exhibition includes photographic works by Paolo Gioli and Anne Collier, a video of Tupac Shakur’s hologram concert and a series of sculptures by Cameron Jamie. Darren Bader has been invited to conceive an installation, which functions as an oeuvre itself as well as an ideal frame for the other exhibited works. In this way, the show suggests that we move beyond the simple format of the solo and the group show, in favour of a more complex organism.