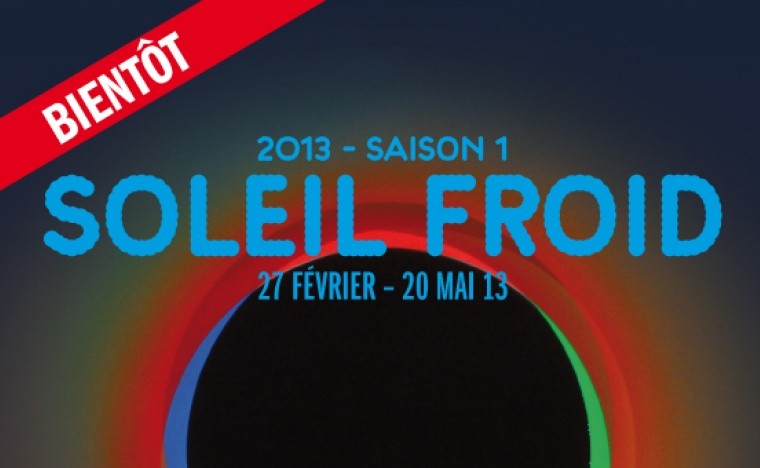 After the “Imagine the imaginary” season which drew visitors along in the very wake of the invention of the work, the new “Cold sun” season at the Palais de Tokyo explores the surface of a strange world where, as Raymond Roussel talking about writing put it, “nothing real must enter”. The selfsame Raymond Roussel who wrote Nouvelles impressions d’Afrique [New Impressions of Africa] without ever having set foot on that vast continent inspires this season which takes as its dominant theme a paradoxical sun, a sun that as Michel Foucault emphasizes “does not move, [is] equitable to all things, raised for all time above everything”, illuminating a world where “everything is luminous. But nothing there tells us the day: there is no hour and no darkness.” The artifices of such a world give rise to the existence of “undreamt-of spaces” which the many artists invited to participate in this season explore, each in his or her own way.

Taking this “Cold sun” as his theme, Julio Le Parc, a long-established artist whose immersive works have influenced the most contemporary of artists, displays his work. On the occasion of his first major exhibition in France since the 1980s his research into light and movement is used to serve an art militating for the participation and emancipation of visitors.

This attention to increasing the visitor’s field of awareness recurs in the exhibition “New Impressions of Raymond Roussel”, devised by the guest curator François Piron, which clearly demonstrates the influence of that dazzling genius of literature on many contemporary artists. We find hard-to-categorize figures like Mike Kelley or Guy de Cointet, but also Jules Verne or Marcel Duchamp.

Inspired by the same impetus, three monographic exhibitions go beyond the normal confines, whether it be the objects François Curlet transforms into “mental tools that keep us permanently perplexed”, the very idea of sculpture deconstructed into images and movements by the artist duo Dewar & Gicquel, or the psyche pulled in every direction by Joachim Koester. Finally, Evariste Richer opens up a new “Artist’s Library” where constellations meet up with mineralogical collections.

All this is supplemented by Meltem, a group exhibition of new sculptural practices devised with the École Nationale Supérieure des Arts Décoratifs, as well as two batches of Modules from the Fondation Pierre Bergé – Yves Saint-Laurent allowing us to discover “Hell as Pavilion”, a work proposed by Nadja Argyropoulou, and exhibitions by Hicham Berrada, Lars Morell, Pierre Paulin, and Clémence Seilles, then Jean-Michel Pancin, Gauthier Leroy and Marcos Avila Forero.