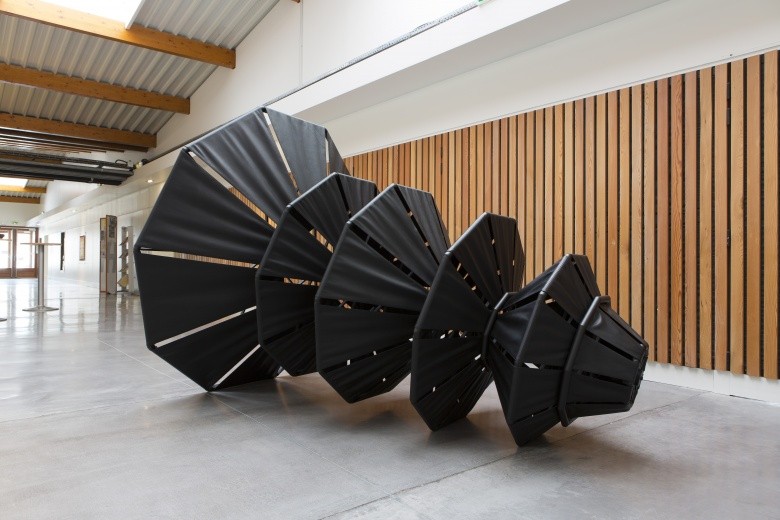 Gaël Charbau was the publisher of the magazine Particules, which he also founded, until 2010. He is currently the editorial director of the Salon de Montrouge and a curator working both in Paris and South Korea. Here, he brings together works created as part of “residencies” sponsored by the Fondation d’Entreprise Hermès. Reminiscent of a waking dream, the exhibition crosses dream interpretation with an alchemical universe to closely investigate the ways in which our actions determine who we are.

“Condensation” is an exhibition conceived as an encounter between the realms of dream interpretation and alchemy. Structured around formal and narrative echoes, it leads the audience to the heart of matter, along a path populated with multiple artistic mutations. Located in the Galerie Haute of the Palais de Tokyo, “Condensation” will present to the public for the first time the totality of works created during residencies sponsored by the Fondation d’Entreprise Hermès.

These young artists were able to collaborate with several artisans who followed, guided and counseled them during the various stages of their creative processes. Through this reciprocal exchange of techniques and skills, these residencies encouraged these young artists – for whom the question of production is crucial – to incorporate rare and exclusive materials, tool and techniques in their work. Conceived as a waking dream, in which figures and tales are interwoven, “Condensation” presents the visions and individuality of experience of this young generation of artists.