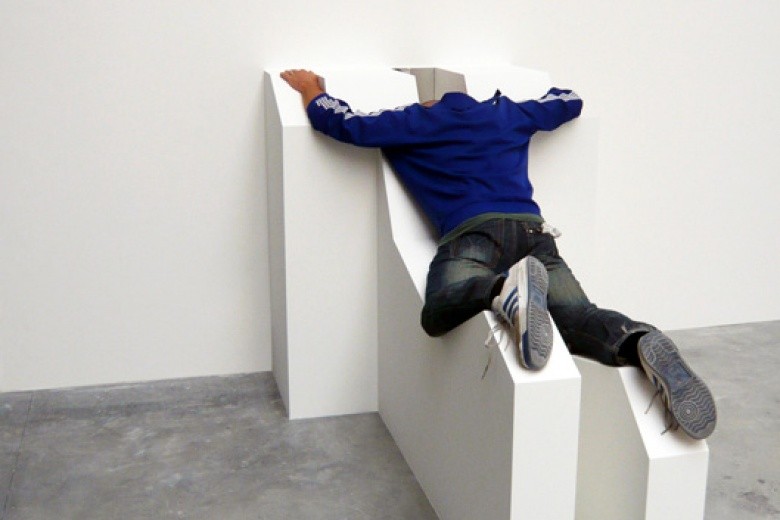 For years, the Centre national des arts plastiques has been assembling a remarkable collection dedicated to the often intangible creations developed around the inexact notion of «performance». A selection of this little-known collection is presented for the first time at Palais de Tokyo and completed by the invitation of several artists. Exhibition curators Sébastien Faucon and Agnès Violeau speak of the project: «Building on the CNAP’s (Centre national des arts plastiques) relational and protocol-based collections, Des choses en moins, des choses en plus [Something Less, Something More] approaches the writing of the exhibition and its grammar through the prism of living art. It seeks to reformulate the exhibition experience by offering a new, more subjective, behavioral approach far from the aim to ‘reconnect art with ordinary and collective existence.» John Dewey, Art As experience (Putnam, New York, 1934).

Des choses en moins, des choses en plus is an exhibition based on the formal and participatory collections of the Centre national des arts plastiques, exploring the conception and the grammar of the exhibition form via the prism of the performing arts.
Adopting a resolutely prospective stance, the CNAP’s collection acquisitions and commissions of the past few years have demonstrated an interest in the performing arts, or in how — in a cross-disciplinary approach— performative, auditory and choreographic elements can reinvent new relationships to the artwork and its context. In this way, the collection offers a panorama onto a new generation of artists seeking to question the exhibition apparatus and its definition by producing works that are performative, fragmentary, participatory or in progress: all these proposals taking place not for the audience but with the audience.
Structured in acts and determined by the involvement and the responsibility of the viewer, “More or Less” tends to reformulate the way in which a performance is carried out by deconstructing it, in order to propose a new approach to the exhibition more subjective, behavioral yet steering clear of sensationalism, in an effort to “renew art with ordinary and collective existence .”

Shifting back and forth between participation and observation, this project encourages the viewer to choreograph his own presence. As a dialogue between the public space and the exhibition space, between the artist and the audience, between art as object and art as action, the exhibition fully inhabits the space while playing on a constellation of receptive attitudes around the production and the exhibition of the artwork. Protocols to activate, shared statutes, the rules of the institution called into question, situation reversals, “More or Less” brings together about 40 artists and seeks to explore new possible syntaxes in which each proposal brings with it the hypothesis of an answer to the project’s cornerstone. The exhibition is thus materialized by those who experience it: the artists, the viewers, but also the Palais de Tokyo staff who will activate the pieces and bring them to life.