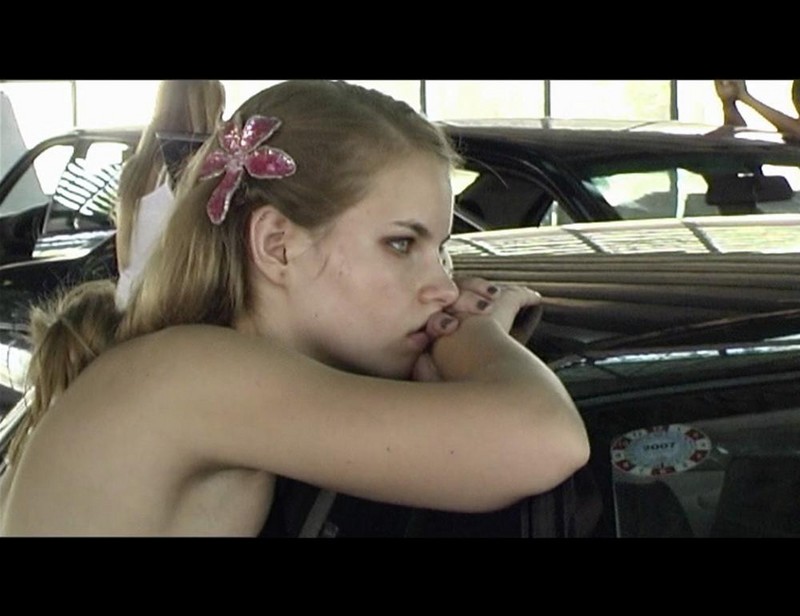 As part of the Festival d’Automne and ‘‘Croatie, la voici’’

This video program offers a selection of five artists, from several generations, using the medium of video and film and representing different aspects of the contemporary Croat scene.

Videos, installations and interactive works by Dalibor Marinis (b. 1947, lives and works in Zagreb) have been presented at many international exhibitions such as the Sao Paulo Biennial, 13th Documenta in Kassel , and the Venice Biennial. He has been a guest professor at the Academy of Drama Arts in Zagreb and the Ontario College of Art in Toronto. At present he teaches at the Academy of Applied Arts at Rijeka in Croatia. His works are included in the collections of MoMA (New York), the Stedelijk Museum (Amsterdam), the ZKM (Karlsruhe), the New York Public Library, the Museum of Contemporary Art (Zagreb), and elsewhere.

In her videos, Renata Poljak (b. 1974, lives and works in Zagreb) subtly mixes autobiographical and documentary elements in order to explore the social problems generated by the conflict in the Balkans, such as the condition of woman, immigration, the change in values – between Communism and aggravated capitalism. A graduate of the Arts Academy of Split, she then attended a postgraduate course at the Ecole Régionale des Beaux-Arts in Nantes. Her films and videos have been shown at many international festivals, and she has presented work at numerous exhibitions in Europe and America.

Igor Grubiič (b. 1969, lives and works in Zagreb) is known for his thinking and activism regarding public space as a means of expression, and his in-situ interventions, in particular the reactivation in 1998 of the Red Peristyle campaign conducted by activist artists 30 years previously at Split. He recently took part in Manifesta 4 and the 11th Istanbul Biennial.

Andreja Kulunčić (b. 1968, lives and works in Zagreb) is developing a practice that questions social relations, between the private and the public spheres. After graduating in 1992 from the Faculty of Applied Arts and Design in Belgrade (Yugoslavia), she next studied at the Hungarian Academy of Fine Arts in Budapest. Her work has been presented at many exhibitions such as Documenta 11, Manifesta 4, and the 8th Istanbul Biennial, as well as at the Liverpool Biennial. She has also exhibited at PS1 and the Whitney Museum of American Art (New York), and the Walker Art Center (Minneapolis).

A major figure on the contemporary European art scene, David Maljković (b. 1973, lives and works in Zagreb) is known for his extremely elegant installations, sculptures, drawings, films and photomontages, which have their source in the modernist heritage of former Yugoslavia. The artist has had solo exhibitions at the Secession in Vienna (2011), the Sculpture Center in New York (2011), the Museo Nacional Centro de Arte Reina Sofia in Madrid (2009), the Whitechapel Art Gallery in London (2007), and the Van Abbemuseum in Eindhoven (2005). His works have been bought by institutions including the Mnam/Cci – Centre Pompidou, Tate Modern, MoMA and Kadist Art Foundation.