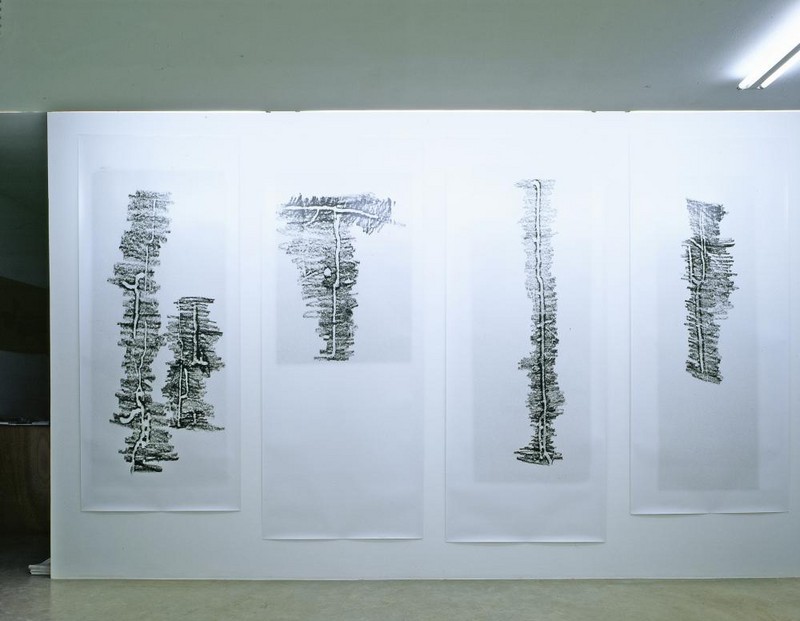 A themed exhibition in the new season of the Palais de Tokyo, Imagination Adrift gives meaning to the entire autumn program schedule. From Ryan Gander to Fabrice Hyber by way of Damir Očko or Neïl Beloufa, each exhibition will explore the “implementation” processes. From intention to realization, from dream to reality... visitors will be in close proximity to the artist’s brain, and survey these uncharted territories of the imagination..

From the proposed project to the display of the finished piece, the work of art takes shape according to procedures that are specific to each artist. Method for some, Duchampian delay for others, drift at times, but often the roundabout means enrich or, at least, alter the path the elaboration follows. “Les Dérives de l’imaginaire” [Imagination Adrift] features some twenty international artists from a range of generations whose works exhibit, and occasionally describe, the mental processes that went into their development.

From idleness to the work of art, reverie to the object, shifts to reappropriations, hesitations to realizations, the show brings visitors up close to the artists, as close as possible into the very heart of the creative act. To shed light on these movements of the mind, several figures emerge in the course of an exhibition that blends contemporary artists and masters from the past, working documents and works of art. Thus, the drift that Guy Debord fashioned in his day, or Fernand Deligny’s maps of autistic children’s movements, are outside time, as it were, but not out of place. They appear in the course of the visit like digressions, inserts, or corollaries, deepening the content.

While to be adrift at sea means to deviate from a certain route, Debord understands the notion in particular as a chance to map the city and spread art throughout life. Some of the operations of the “imagination adrift” prove to be true inverted mappings. From strolling about to being adrift, the pioneers here and those who followed in their wake sought over and over to get beyond the contrasts between work and idleness. This idleness alone is liable to foster randomness, its crucial requalifications and original conjunctions. Artists operate then as observers of the world whose specific ways of putting things together rout any notion of effectiveness: “Time for nothing” for a “passing beyond art.”
www.palaisdetokyo.com