L'usage des formes [The Use of Form] 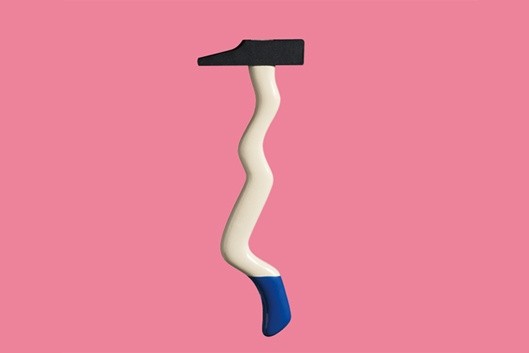 The exhibition L’Usage des formes [The Use of Forms] explores human ingenuity and the passionate relationship between creators and their tools by approaching the tool as a fundamental element in man’s relationship to the world. Creating a dialogue between master craftsmen and artists, this exhibition brings together craft, design, visual art, and architecture in a setting conceived by designer Robert Stadler and executed in collaboration with master craftsmen.

From a Paleolithic hyaline quartz scraper found at the Abri des Merveilles [Shelter of Wonders] in Dordogne to the bionic prostheses made with 3D printers by FabLab in Rennes, and by way of L’Infini, made from hammered sheet metal by the brazier Nathanaël Le Berre, the exhibition spans the ages. In so doing, it illustrates the topicality of the notion of the masterpiece – that “work of receiving” which is both a utilitarian object and a work of art, and which embodies the acquisition and transmission of technical virtuosity.

The visit begins with an invitation to plunge into the world of the workshop. At the heart of this factory, the tool shows itself as an incarnation of History, in that it fundamentally corresponds to the transmission or recasting of the practice with which it is associated.
The exhibition then goes on to touch on the notion of taking the tool in hand. The technical object is the instrument of this prehensile faculty that puts man in contact with the world. The tool, like a prosthesis, is precisely this extension of the body that enables man to interact with his environment and to thereby pass from a state of nature to a state of culture. Learning how to manipulate a tool reveals hidden properties of matter. The tool is thus an object that enables the extraction of information, the measurement and quantification of the real, and the creation of successful marriages between science, technology, and craftsmanship.
The exhibition comes to a close with a focus on the tool’s dual dimension as both symbolic – even magical – and utilitarian, taking for example the compass used by the Compagnons du Tour de France, which became a Freemasonic philosophical symbol, and that mysterious object of divination, the Gallo-Roman dodecahedron. Due to their extreme refinement or to the sense invested in them, these objects that began as simple instruments have become powerful symbols of humanity and channels of contemplation.
www.palaisdetokyo.com