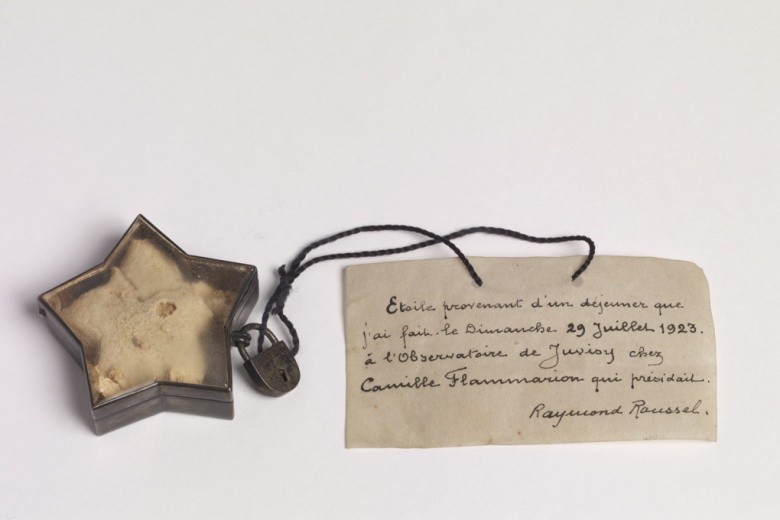 
Raymond Roussel is finally being celebrated in Paris: a long overdue event for this writer who for more than a century has occupied a central place in the imaginations of artists— some artists, but not the least important—, embodying the figure of the artist totally dedicated to his work, to the very boundaries of reason, the work of the artist who creates a “complete world”, “following only the inclination of his imagination” (André Breton). “New Impressions of Raymond Roussel” is a follow-up and a complement to the exhibition “Impressions of Raymond Roussel” which was held at the Museo Reina Sofia (Madrid) in 2011 and the Museu Serralves (Porto) in 2012. It outlined a diagonal history of 20th-century art, linking the points between artists and creative people who have talked of the influence of this author and his writings on their work: starting with, Marcel Duchamp, then the Surrealists, but also Michel Foucault or Georges Perec. This time “New Impressions of Raymond Roussel” intends to accord a larger place to the present, and brings together artists encountered during these recent years of research focusing on Roussel. It did not seem necessary for their relationship to that writer to have taken the form of a tribute, or even for them to refer to him explicitly.That would underestimate the nature of those influences, as deep as they are underground, to reduce them to games involving quotation. These works cannot be reduced to a theme and their combined presence here is an exercise in unraveling the motifs – always different – that artists have derived from Roussel, consciously or not, according to a reading which must of course be assumed to have been partial. It is indeed the “greatest magnetizer of modern times,” in the words of André Breton, that this exhibition is recalling to people’s memories; the man who, for Michel Leiris, achieved “escape from the field of Reality into that of Conception”. It involves telling of the power of his poetry, its capacity to transport us into a “topsy-turvy world”; the vast childish and sometimes cruel theater that is the universe of Raymond Roussel.
www.palaisdetokyo.com