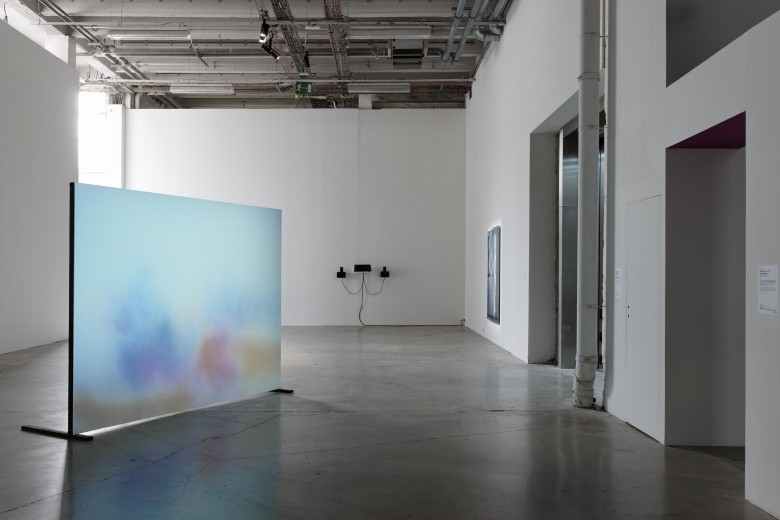 Bringing together curators of diverse origins, Cartel de Kunst describes itself as a curatorial collective. For the Palais de Tokyo, the curators apply the principle of the exquisite corpse to a detective novel published in 1931, The Floating Admiral. The exhibition, written communally, retraces the death of painting. Each curator takes up the investigation where it was left off by his or her predecessor to offer a depiction of contemporary painting.

The Floating Admiral is a crime novel published in 1931. Inspired by the game of the Exquisite Corpse, it was co-authored by 14 members of the Detection Club. The work of any exhibition curator is similar to that of these authors. When a curator exhibits an artwork, he is prolonging the narrative begun by the artist, either by continuing in the direction initiated by the artist, or by suggesting a new context, equally rife with potential. An exhibition is a coherent whole in which each piece of artwork adds essential information to the rest of the work and understanding of the narrative in its totality: the exhibition in itself.

For the exhibition “The Floating Admiral”, Ana Mendoza Aldana has invited her colleagues from the Cartel de Kunst to reproduce the experiment. Each curator was assigned a chapter, the only rule being to continue developing the ideas as they were left off by the previous curator.

In the novel, the investigation revolves around the murder of Admiral Penistone; in the exhibition, the curators put forward “leads” to try to elucidate the death of painting. In the late 1960s, art critics and many artists proclaimed the death of this practice in favor of other forms of artistic expression. Ultimately, the exhibition is not meant to solve the mystery of this “death”, but rather to explore the current artistic landscape and identify new practices in painting today. In the 1931 novel, each author, after completing their assigned chapter, would imagine their own plot ending which they would keep secret until the entire book was written. These alternative outcomes, published at the end of the book, propose many possible solutions to the crime. The exhibition’s accompanying catalog is a platform for each curator to develop the subsequent chapters, the idea being to produce a catalog of the actual exhibition as well as all its virtual forms.
A.M.A.

CURATORS
Ana Mendoza Aldana (b. 1987 in Guatemala, lives and works in Paris) studied History and Art History in Strasbourg and Paris. After completing research on Latin-American Concrete Art, she became particularly interested in abstract art and painting while working alongside Vincent Pécoil at Triple V Gallery. In 2011, she joined the curator collective Cartel de Kunst with whom she organized the exhibition “Temps Étrangers” at Mains d’OEuvres.

Cartel de Kunst, founded in Paris in 2011, is a collective of exhibition curators. The concept of collective curating is a founding principle of the group: bringing together the different skill-sets and approaches of the members as a means of producing exhibitions founded on multiple and relative interpretations. Members of the Cartel de Kunst participating in “The Floating Admiral” are: Kuralai Abdukhalikova, Eva Barois De Caevel, Viviana Birolli, Adélaïde Blanc, Manon Gingold, Eric Jarrot, Ana Mendoza Aldana, Alexandra Perloff-Giles, Jaufré Simonot and Gloria Sensi.