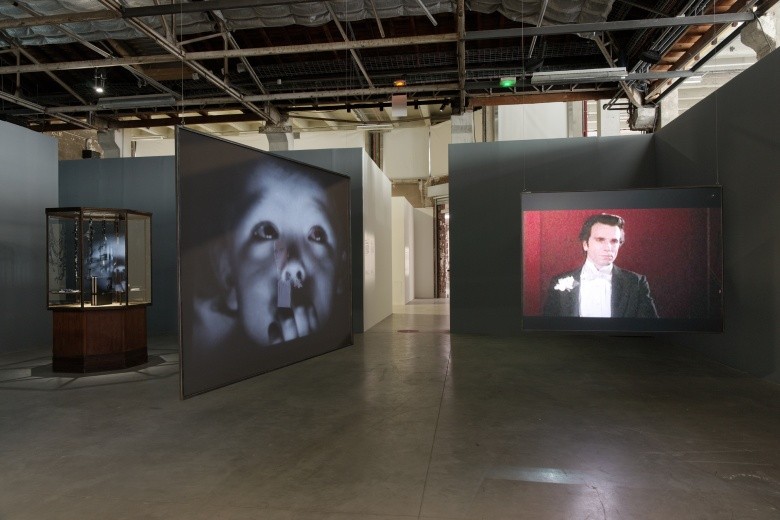 Natalia Valencia presents at Palais de Tokyo an exhibition that highlights the moments of silence that are inherent in reflection and daydreaming. Together, the exhibition space and the works constitute a single whole, padded and immaterial, which aims to affect the visitor’s consciousness: a “full presence” that deviates from ordinary perceptions.

As described in a poem by Octavio Paz, “una escalera de agua” [A water staircase] is an imaginary path of knowledge that thrives on the instant. The works in this exhibition are brought together by a phenomenological approach to the audience’s bodily awareness at the moment of reception. It is an examination of the particular and unpredictable flow of time that animates an exhibition: the pace, the sounds, the particles that float in the air, the absolute intensity of absorption, and the different types of presence that take place within the blurry boundaries of the viewer’s cognitive space. The exhibition aims to create a “fully present” state of being for all the human and non-human elements that comprise it, thus underlining an invisible transmission of information, presented here in its raw and pre-discursive state. The works are examples of intermittent “moments of being”, described by Virginia Woolf as experiences that break the “cotton-wool”, the semidormant texture of ordinary perception. If a book of events is always open halfway through, then its pages must surely be flying in all directions.

CURATOR
Natalia Valencia (Bogotá, 1984) is currently a research fellow at the MNAM Centre Pompidou in Paris. She has curated projects at the Sala de Arte Público Siqueiros,at the Black Cubicle in México City, at Mor Charpentier in Paris, at Proyectos Ultraviolanda in Guatemala, and at the Museo Quinta de Bolívar in Bogotá. She has written for Kaleidoscope and the journal of the Paris Triennale in 2012.