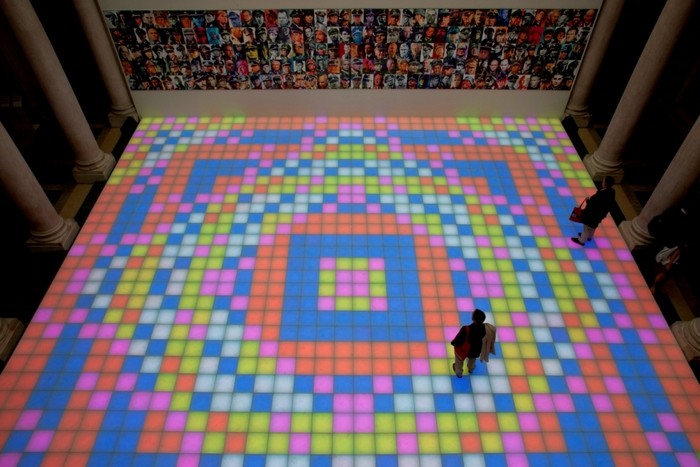 Punta della Dogana -the former customs house positioned on the tip of the Grand Canal- is an icon of the Venetian cityscape. After more than three decades of being closed to the public, the François Pinault Foundation commissioned the Japanese architect Tadao Ando to renovate the building and convert it into a center for contemporary art.
For the inauguration, Punta della Dogana hosts the exhibition Mapping the Studio: Artists from the François Pinault Collection, curated by Alison M. Gingeras and Francesco Bonami.

This two-part exhibition entirely occupies the spaces of both Punta della Dogana and Palazzo Grassi with 200 works by 60 artists.
The curators have titled the show Mapping the Studio in hopes of conveying the sense of vitality and discovery that has been an integral part of the Francois Pinault Collection over the years; in effect, the show posits an analogy between the creativity and intimacy of the artist’s studio and the collector’s deeply passionate vision of art.
This creative kinship serves as the starting-point for a dialogue between the works of established artists and those of a younger generation.