The Illusion of Light 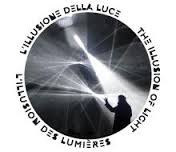 The exhibition “The Illusion of Light” explores the physical, aesthetic, symbolic, philosophical and political stakes of an essential dimension of human experience that has also been, since (at least) the Renaissance, a fundamental element of art: light.

It is the light that makes the invisible dimension become visible. The blazing light that, at its maximum intensity, nullifies the ability to actually see. The light of revelation, of illumination, which brings us beyond the visible... The exhibition is built on these extremes and, through the works of 18 artists from the 1960s to today, evokes the profound ambivalence of light, its numerous meanings and values. Thus, the visitor could discover it as if going through all the synonyms of the verbs “to light up”, “bring to light”, “come to light”, “shed light on” provided by languages: appear, bring to notice, clarify, comment on, detect, dig up, disclose, elucidate, emerge, enlighten, explain, expose, identify, lay bare, manifest, materialize, reveal, set alight, set on fire, shine, show up, transpire, turn up, uncover, unearth, unveil...

Clearly, the exhibition does not exhaust the vast field of questions posed by contemporary artists on these concepts. However, it encourages the visitors to invent, in absolute freedom and in light of their own intelligence and sensibility, their path between the opposite polarities of black and white, day and night, reality and illusion.

The exhibition “The Illusion of Light” is curated by Caroline Bourgeois.