Between Here and There 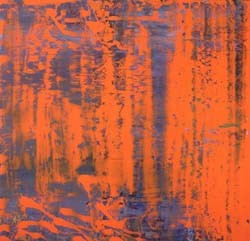 In preparation for the move its new, expanded facility at Museum Park, Miami Art Museum will present the first, long-term installation of its growing Permanent Collection in the museum’s largest exhibition space, the 9,000 square foot Upper Level Gallery. BETWEEN HERE AND THERE: Modern and Contemporary Art from the Permanent Collection, opening Sunday, February 28, 2010, will remain in place with periodic changes until MAM moves to the new museum, scheduled for completion in 2013. The exhibition offers visitors an opportunity to see the strides MAM has made in building a “Miami point of view” of developments in modern and contemporary art, while preparing for the collection’s permanent installation at Museum Park.

BETWEEN HERE AND THERE focuses on the cultures of the Atlantic Rim—the Americas, Europe and Africa—from which the vast majority of Miami residents hail. Included within this broader framework will be the work of a number of artists residing in South Florida, many of whom are paradigms of this intercultural dialogue.

BETWEEN HERE AND THERE opened a remarkable installation by Tomás Saraceno, the Argentine representative to this year’s Venice Biennale. Galaxies Forming Along Filaments, Like Droplets Along the Strands of a Spider’s Web, 2008, is the prototype for Saraceno’s Venice installation; it was purchased last year by MAM’s Collectors Council and is being displayed at Miami Art Museum for the first time. The installation will be the initial offering in the Anchor Gallery, a space that will feature regularly changing presentations of large-scale works from the collection.

A separate Focus Gallery, also changing every four to six months, will present mini-exhibitions of artists or themes considered cornerstones of MAM’s collecting goals and will be supplemented with borrowed works, primarily from area collections. The first Focus Gallery will feature single works by six historically influential artists who made vital contributions to the spread and evolution of modern art in the Americas: Joseph Albers, Alexander Calder, Hans Hofmann, Wifredo Lam, Roberto Matta and Joaquín Torres García.

Prior to becoming a collecting institution in 1996, MAM's predecessor, the Center for the Fine Arts, was strictly an exhibiting organization, presenting exhibitions from the entire breadth of art history. It had no collection of its own. As part of an institution-wide reorganization, the new Miami Art Museum dedicated itself to collecting and exhibiting international art of the 20th and 21st centuries with an emphasis on art of the western hemisphere. Its collection now numbers more than 600 works of art. The new Miami Art Museum at Museum Park will provide expanded exhibition space and room to showcase growing collections. The final design of the new MAM received critical acclaim when it was unveiled in October 2009. The new facility has been designed by Herzog & de Meuron to achieve silver LEED [Leadership in Energy] certification and integrate the surrounding park into the museum experience. It will include an educational complex, further expanding the reach of MAM’s educational programming. Miami Art Museum currently has the largest art education program outside the Miami-Dade County school system.
www.pamm.org