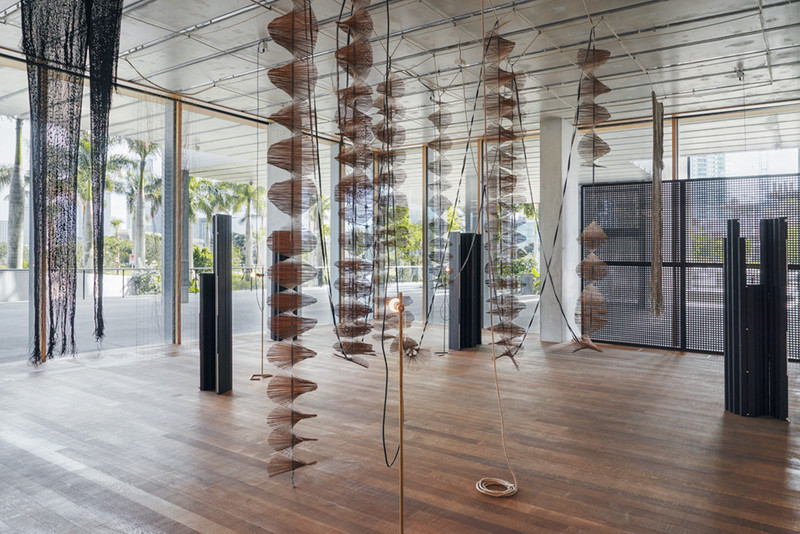 Berlin-based artist Leonor Antunes (b. 1972) produced a new, large-scale installation for the Project Gallery off the entrance area of the museum. The artist visited Miami several times to research the architecture and design history of the city, which influenced the production of her work for PAMM. Antunes’ work often references the legacies of modernism, specific geometric forms, and the patterns and structures of lesser known architects and designers from the early 20th century. Her investigations have included references to the furniture and buildings of the Irish architect Eileen Moray Gray (1878 – 1976) as well as those of the Brazilian Lina Bo Bardi (1914-1992). Antunes is particularly attentive to the elegance of the handmade, using materials and techniques that often reference the distinct contexts in which she works, including those of her native Portugal. Signature materials include cork, leather, brass ropes, and nets. Mathematics, measurement, and the beauty of specific scales and proportions, inform her practice. Her works respond to the spaces in which they are placed, at times mirroring elements in the room or using its proportions as tools for the development of each new installation.
www.pamm.org