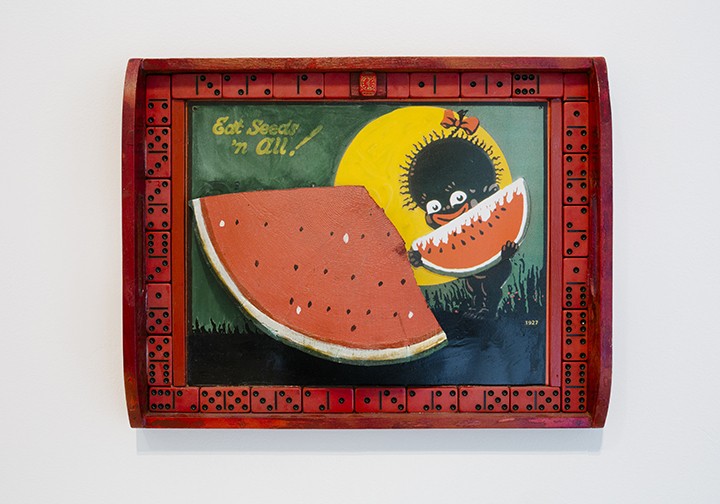 Spots, Dots, Pips, Tiles: An exhibition about dominoes showcases artworks that reflect the multilayered aspects of the domino game, a tradition that is heavily practiced in the American South, Latin America, and the Caribbean. Dominoes, a popular game with origins dating to ancient China, has a discernible aesthetic and political vantage point, and offers a look into specific communities that grow around the domino table. Some of the works in the exhibition directly reference dominoes; others provide a conceptual relationship to the game or address the subject in terms of larger human conditions, such as, political struggles, religious beliefs, and racial stereotypes. The show features over 19 international contemporary artists working in a variety of media, including painting, mixed-media, sculpture, installation, and video. Collectively, these artists approach the game of dominoes—its history, community, strategy, and aesthetics—as metaphor and practice.