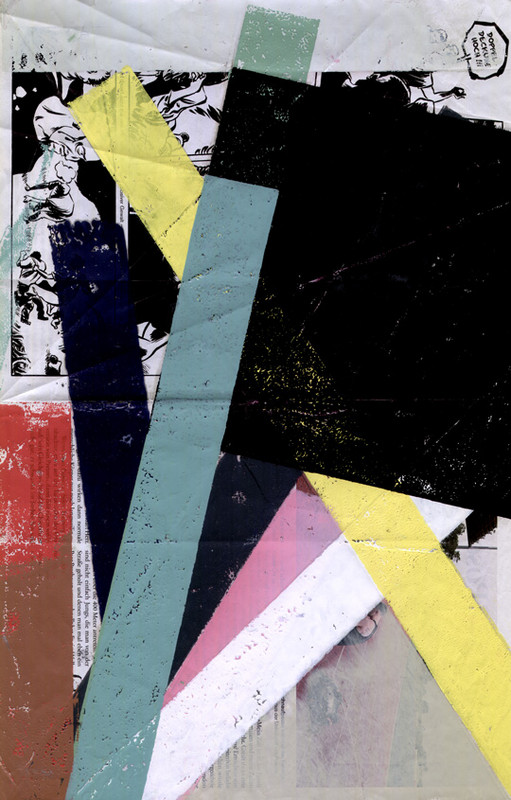 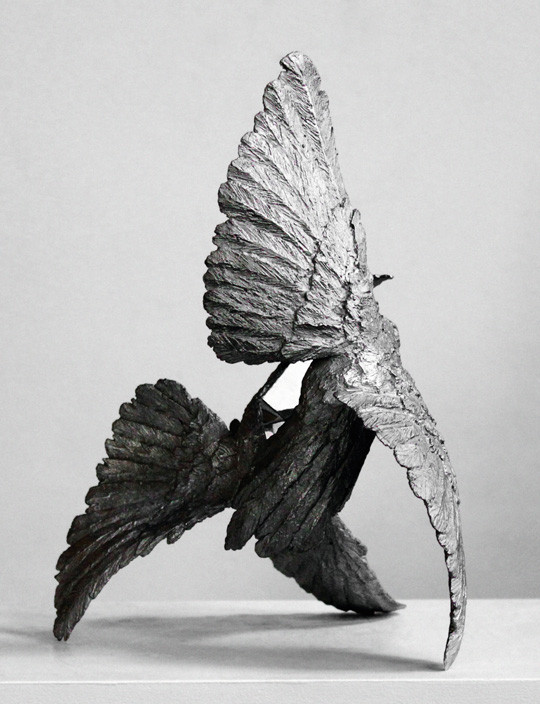 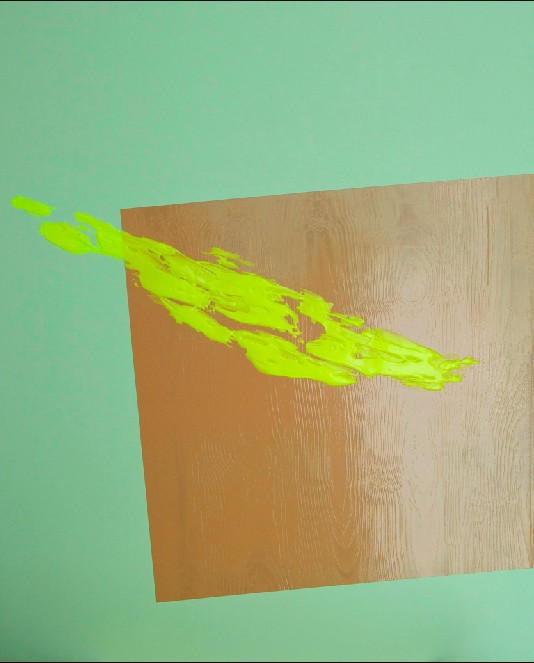 Benjamin Badock »Newsroom«
With NEWSROOM Gallery Parrotta presents current works of Benjamin Badock, the "rising young star of Printmaking in Germany" (Christian Rümelin in: Print Quarterly, XXX, 2013, 2, pp. 218-219).
In newsrooms, the control and distributing centres of news agencies, incoming messages are collected, filtered and edited for different transmissions, before rushing back to the continuously ongoing stream of messages to generate brief moments of attention.
The new abstract works by Benjamin Badock refer to these spaces, their structures and processes that take place therein. Benjamin Badock covers daily newspapers by countless layers of paint. Usually without pre-machined plates, just by folding and partially laying the paper on the printing block, the works of the series OFA are made under a meticulous folding and printing process. The newspaper reports disappear almost completely or partially appear in some "color-free" points. New and visible is what the artist adds to the paper; color, fractures, folds.
The process of their production between folding, printing, folding again etc. formally pictures a series of new works caused by this procedure that seems to be frozen at a certain point. This creates luminous three-dimensional, only approximately geometrical, filigreed paper structures.
In addition to media-reflexive considerations, the works of Benjamin Badock pervade the poetry of everyday life, which is dedicated to the reduction. This is especially evident in his "module series". Known by previous exhibitions at Galerie Parrotta and Museum of Art Spendhaus Reutlingen Badock creates here images between geometrical abstraction and striking realism in the formal language of concrete art, with print modules such as square, triangle and circle segment.
Benjamin Badock develops an abstract world of simultaneity, where surface and depth, past and present, old and new, front and back come to rest side by side, without levelling their differences.

Gregor Gaida »Waning Sun«
Gregor Gaidas Edition »Waning Sun« is part of a series of sculptures that arise since 2011. Starting from animals and organic bodies Gaida creates fascinating geometrical objects, in which he duplicates some aspects and puts them together in a new way. That way also this small sculpture made of aluminum emerged. He has related a mirror image to each other and connected to a complex form two pairs of wings. Appealing is the contrast of solid, static material and the dynamically moving flapping wings. The sculpture obtains a surprising, upwardly striving ease.
The wings of the sunbird are prepared accurately and with amazing detail. However, they strive not towards a waning sun, as the title suggests allusively. Such a romanticized conception of nature is counteracted manifoldly. The pair of wings is transformed by multiplying a single fragment in a three-dimensional ornament. The object is so beautiful disconcertingly and repulsive at the same time. It appears as a perverted, as deformity produced by genetic changes, as if it has escaped from a laboratory or a historic cabinet of curiosities.
The center of the sculpture forms a mirrored cavity in the form of a polyhedron. Such a mysterious corporial space can also be found in Albrecht Dürer's famous engraving Melancolia. How the geometric shape is to be interpreted remains unclear. It is an essential element that allows a particular form of aesthetic reflection for Gregor Gaida as well as Dürer. This sculpture will remain open in its possible meanings. Text: Ingo Clauss, Weserburg Museum of Modern Art, Bremen

Lisa Mühleisen »Hello Illusion!«
From a monumental panel, a little smiley – composed of several squares – waves us into the exhibition “Hello illusion!” by Lisa Mühleisen. It welcomes us in the hall of the gallery with the joy of accepted self-deception and with blunt directness. Its intention is clear but, above all, to be taken seriously, as it is symptomatic of Lisa Mühleisen’s work. Even though what is depicted on the wood panels is a painted illusion, we take it as true reality and as part of our environment. By providing a stage for the seemingly unimportant and fathoming out what is what is allegedly unambiguous, Lisa Mühleisen questions our learned behaviour and preconceived knowledge in the act of viewing her work. Importance can thus be found in the simple beauty of a void. The formal poetry of a painted blank sheet of A4 paper is part of the potential of an aesthetic anti-hierarchy (see Arthur C. Danto, Art after the End of Art).
The illusion that Lisa Mühleisen embraces here is a pictorial one, the effect of which as depicted is the experience of reality. In this way, the artist turns against any kind of euphemistic thinking and the wish to conceal reality in all its banality – of course, not without irony. Lisa Mühleisen’s game of using the image as reality reaches extreme heights, when no more aesthetic assertions can ultimately be made in absolute terms. This form of directness manifests itself in wood-grained painter palettes, leopard patterns, exquisitely sparkling colour surfaces and metaphorical measuring rods.
Lisa Mühleisen’s painting may be deceptive, but in no way is it illusionary. It may deceive our senses, but it appeals to the clarity of our vision. Whilst the much-cited aspect of concrete art in Mühleisen’s work aimed for directness in painting by banishing illusion, Mühleisen brings this directness straight through the illusion back into the picture. Her work “Double Negative” might take the elegant detour via a double negative, yet it ultimately attains – not merely according to a propositional formula – the same pictorial message as the aforementioned work with the waving smiley: namely, the affirmation of a pictorial illusion in favour of the directness of a pictorial assertion. Or simply: Hello illusion! Text: Nicola Höllwarth
www.parrotta.de