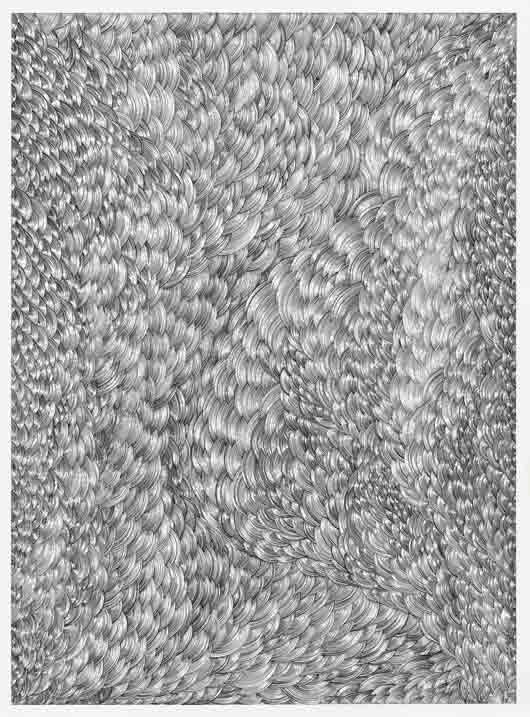 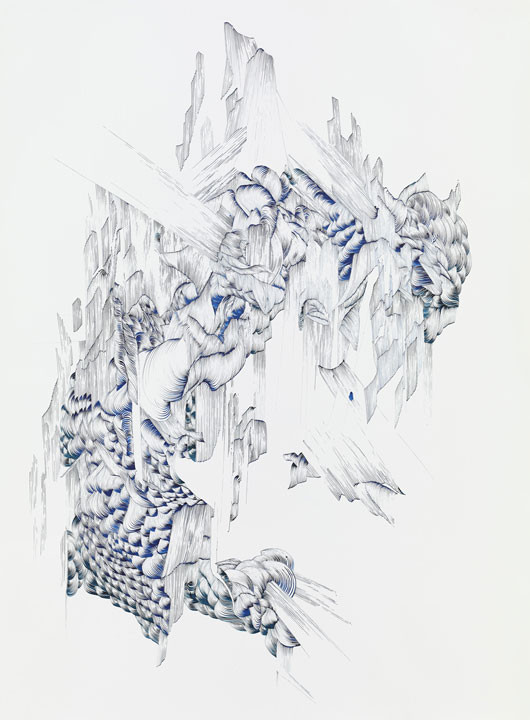 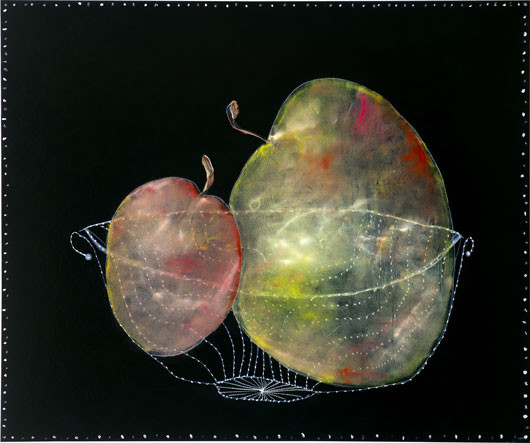 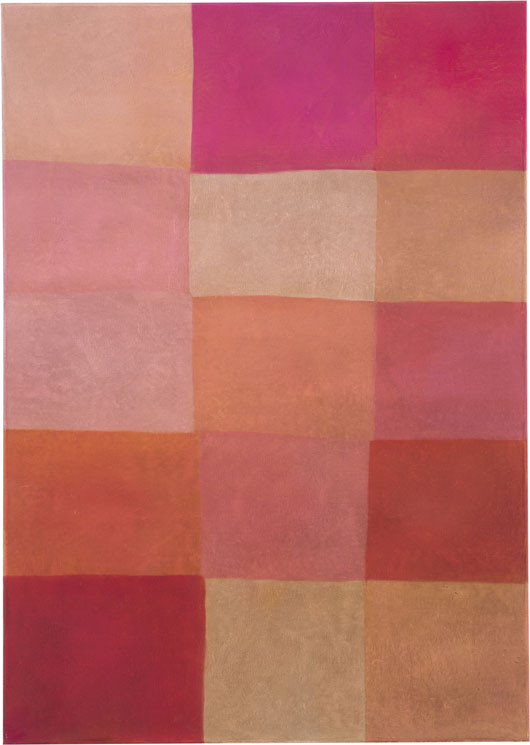 The art of drawing is born out of the ephemeral, out of the sketch. Anticipating or preparing other works in painting, building and design, drawings have often been relegated to the instrumental, even if their directness frequently reveals an artist’s character and style more boldly and decisively than a final painting.

For a long time, drawing has existed as an autonomous art form that has created grand scenarios, if not entire worlds. When surveying the landscape of contemporary draughtsmanship, one finds a broad spectrum from the dark foretime fictions of Marcel van Eeden to Jorinde Voigt’s filigree no man’s land cartographies. There are relatively few artists, who dedicate their entire oeuvre to the art of drawing; yet Bettina Krieg is one of these.

She creates small scenes that travel back into the history of drawing all the while remaining resolutely autonomous. Step by step, they diffuse the concrete world, drawing it into the elusive and the transient. Because of this, Krieg’s works never carry suggestive titles, nor do they depict humans. In art, the human figure stands for the authentic. The body and the face are tangible evidence of an existence one might represent pastose, oil-based and finely painted. Behind this lurks abstraction, both uncanny yet friendly, reshaping an otherwise familiar life.

Some artists depict their nightmares. Krieg instead reduces both dream and nightmare in such a way as to definitively blur the gaze fixed on her, the author. How does her character present itself if one follows the language of her drawings? As an escape into the unspecified? As a green lunar ocean of steel wool? As the disorder of things? A fatal and immense silence? The manic precision with which she meticulously lays down her ‘sketchifications’ onto paper speaks for such a profound sense of serenity.

With Bettina Krieg, the ephemeral is never restless, never buzzing like a swarm of midges. Rather, it is still and plane. The effect of her drawings, especially the recent works, is meditative. One never encounters oneself in them, which, in times where the individual is personally addressed by dashboard controls and digital fridges seems vital. This is the drawing as utopia. Text: Simon Elson

Philipp Karl Moritz’s paintings reveal a persistent, silent struggle between the worlds of the abstract and the figurative. In his monochrome and grid-like works, the pure suggestive power of colours and colour spaces reigns supreme. When small-format, but at times also oversized and precisely painted objects, occupy these fine colour spaces, then the pure abstraction shifts into the world of things to create bizarre, reduced still lifes. These still lifes are themselves difficult to locate, as they are often simply set on a table’s edge that happens to be intruding into the foreground of the picture or in a vessel alluded to sketchily.

The reduced pictorial compositions of Philipp Karl Moritz negotiate both the inner relationship of pure colour and the integration as well as disintegration of the figurative and the abstract. In his compositional arrangement of surface and his use of the line, he pursues fundamental questions of painting left unanswered by Classic Modernism; he often confronts them with wit and scepticism – when, for instance, he lets one of his chequerboard grids slide down a slanted plane or contains it in a roughly drawn rectangular line.

The lustrous, leathery materiality of his paintings and their pulsating, uneven surfaces, which the artist intensifies and polishes through day-long rubbing of the still-moist top layers of oil, make Philipp Karl Moritz’s works unique, embedding them in the fast-paced world of commerce. Yet neither behind the objects depicted, nor behind the surface of the shining coat of paint and its fetishizing surface do viewers await a short-lived feeling of happiness. Instead, they are confronted with the very question of their own place. Translated from the German by Ariane Kossack
www.parrotta.de