»FORTY-FIVE FEATHERS FALLEN ON A FIELD“ 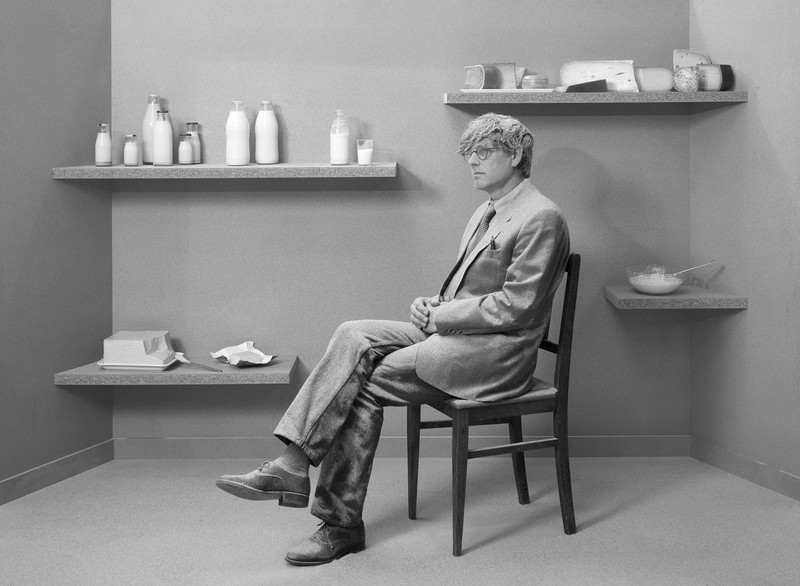 In the late sixties, Pieter Laurens Mol (*1946 in Breda, Netherlands) embarked on a unique artistic career producing conceptual works in a variety of media: photography, painting, drawing, sculpture and installation. A substantial part of his early photographic oeuvre, dating from the seventies and eighties, consists of images with the inclusion of a self-staging artist. During the nineties the human figure gradually disappears from the scenery and there’s a shift noticeable to more known traditional genres such as landscape and still life, yet these images could equally be experienced as metaphorically charged statements on the “condition humaine”. The photographs deal also with significant concepts such as “falling”, “loss” or the romantic topos of “searching”. Failure, both heroic and comical, characterises many of his works. As Mol himself says, art is about the quest to find pictures for an “extreme existence”. His “artistic life” represents such an existence, one which he invites the viewer to share, although the artist’s life is nothing but an image of man’s “creative life” per se. This creative life is based on physical (or other, higher) principles, which his works explore and poeticise. In doing so, the artist seems to rely on makes use of the Surrealist method of combining as he develops his so-called “photo sculptures” that often refer to non-representability or rather the impossibility of depicting reality in pictures: words and images belong to separate systems of perception which always only refer, as substitutes or replacements, to a reality they themselves cannot embody (Magritte, 1967).

In general, the artist’s photographic aim is not to represent reality but rather to visualise ideas. Mol investigates the semantic conditions of pictorial projection, ironically playing with emotional projections in line with Bas Jan Ader’s “Romantic conceptualism” (Jörg Heiser).

With a light twinkle in his eye, Mol is thus able to address the tension between performance or staging and the drama of great feelings. Sounding out the limits between the artistic and the everyday object, he also brings into play how museums, galleries and art critics define their aesthetic position. The classic contrast between Romantic inwardness and conceptual rationality can thus be seen to run through Mol’s works.

Pieter Laurens Mol is not interested in an art that sees itself simply as a platform for staging one’s own artistic subjectivity. On the contrary, he is devoted to looking at and reawakening the familiar – and doing so within art’s sheltered realm, in which the smallest adjustment can influence how life, the world and our own position in the great scheme of things are assumed.