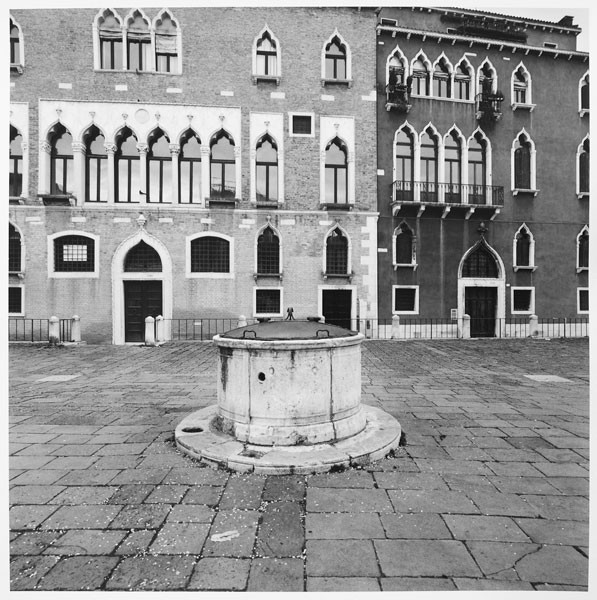 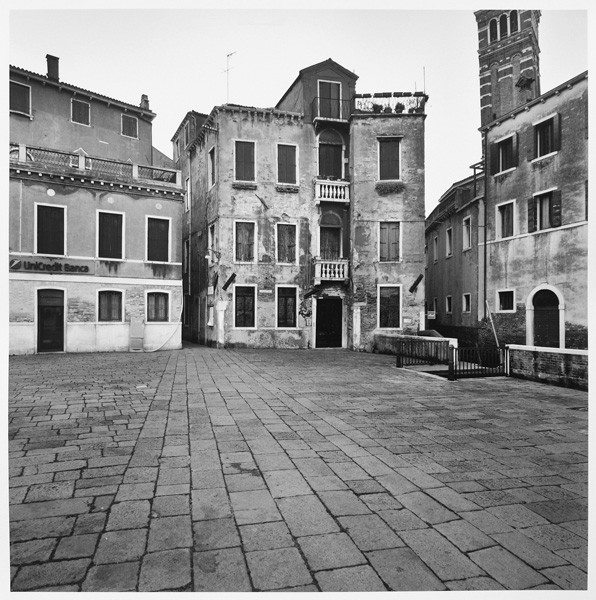 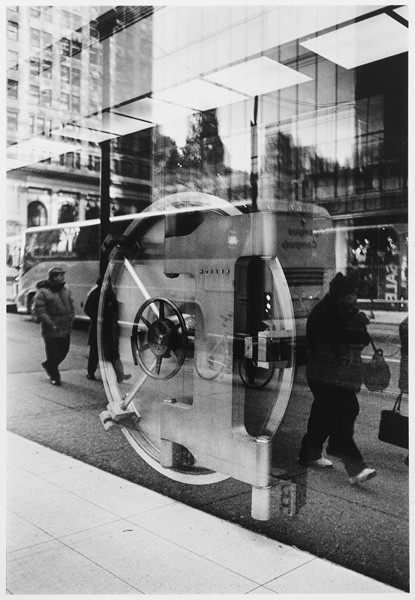 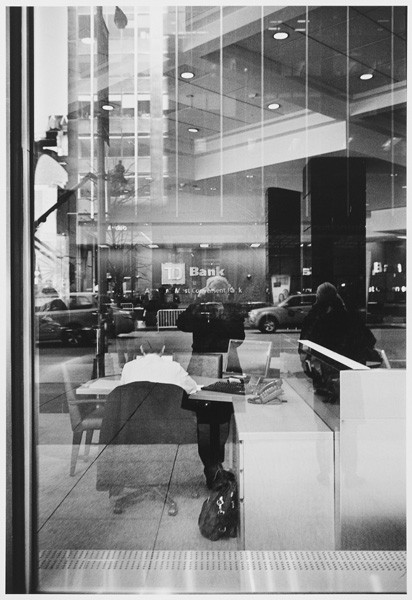 The Physicist, He had left the hotel in the early hours of the morning. At that untimely hour, he could not have breakfast at Hotel Mary in the vicinity of the Marco Polo Airport. Weeks earlier, he had anticipated this day in a complicated experiment and with great certainty. That was why he had come to Venice. Although still young, his hair had begun to turn grey. Formerly black, the ash of deep thoughts now flew threw it. He had injured the Achilles tendon of his left leg; he limped slightly. Nobody noticed it when he entered the cafe next to Hotel Mary. Thoughts of his experiment no longer weighed him down. Nothing could be changed any more. Here in the cafe, he felt like the local workmen drinking their coffee in the morning. His clothes were almost the same as theirs – he even mastered their Venetian dialect. He did not ask for Campus San Angelo, but for Campo San Anzolo. Just like that. Even without them, he would find Anzolo. (...) From: Timm Rautert, The Final Program, Campo S. Angelo, Venice, 2014

Manhattan Mirror, New York (2012), and The Final Program, Campo S. Angelo, Venice (2014): the titles of two expansive series, in which Timm Rautert negotiates both the role of photography as a chronicler of time and the role of the photographer as an ambivalent author figure.
With Venice and New York, Rautert is referring to two locations that are mythologically charged in diametrically opposed ways. The black-and-white analogue photographs of the deserted Campo S. Angelo show the structures and the pavement of a site where time has seemingly come to a standstill. The fundamental “standstill” of the photographic act, in turn, authentically reflects itself in a sense of historicity that has turned to stone. It could almost be argued that photography – as the chronicler of time and as that which seeks to preserve what is shown from ruin and oblivion – succeeds in annulling itself in these images. Indeed, ruin and oblivion are shown; no moment in time appears to exist. The only reference to a different form of temporality is the integrated inscription of UniCredit Banca, of which one cannot be sure that it will keep its promise. Texts on walls also accompany the events depicted in the photographs, raising questions as to their content. Texts by Rautert are published in a booklet within the scope of the exhibition – and the subject of these texts is nothing less than doom and destruction. Three persons are being observed on their way to Campo S. Angelo, where they meet a large crowd of people which, for some mysterious reason, had been attracted to the impending apocalypse: “[...] collectively they would perish in the most beautiful, most human town of the world, and presently the sky was like a giant raised wall [...]”.

Entirely different, but likewise in analogy to its subject, are Rautert’s photographs of the series Manhattan Mirror. The title alludes to the many reflections captured in the display windows of the lively city, the very embodiment of modernity – New York City confirming its own historicity, as much as Venice possesses a historicity of morbidity. In this series, Rautert’s photographs often depict buildings of banks. As far away from each other as they are, the global capitalist system is the connection linking these two locations. Certainly, it is the photograph of a bank and commercial building, taken from the front, in which the photographer captures himself in the act of photographing, and which follows upon Rautert’s earlier New York series of 1969. His photographs provide ways of entering discursive spaces and contexts which the eye alone can no longer take in – despite being so vehemently called upon in the ubiquitous billboards of the New York photographs. Rautert’s reflections refer back to the photographer and, ultimately, to the viewer of his photographs. The viewer is confronted with strangely anachronistic machines, automatic tellers and cash machines embodying a capital flow that is bound neither by space, nor time.
www.parrotta.de