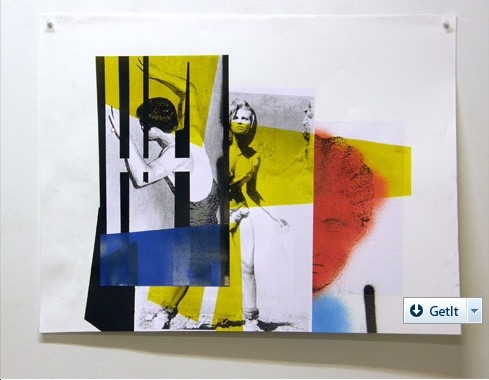 For “The Back Room” second Project David Martínez Suárez (Asturias 1984) will show about seven medium size collages and four modules.

In his work David includes common elements that work as a thread that join the individual character of each work in a structure that maintains a fragmentary quality. A primary palette and an intended geometric game wink at modern form questions that reveal on one side the irradiation of opulence despite its emphasis on simplicity. The collages show paper cuttings with scenes that counterpoint socio-political aspects with beauty and divinity icons that with its continuous use and appropriation gradually lose their social value.

His sculptures take the name Modules which, as it name indicates, are solid colour and texture units which depend on one and other, the most important about them is the research on the material limits and their relation with the rest of the elements.